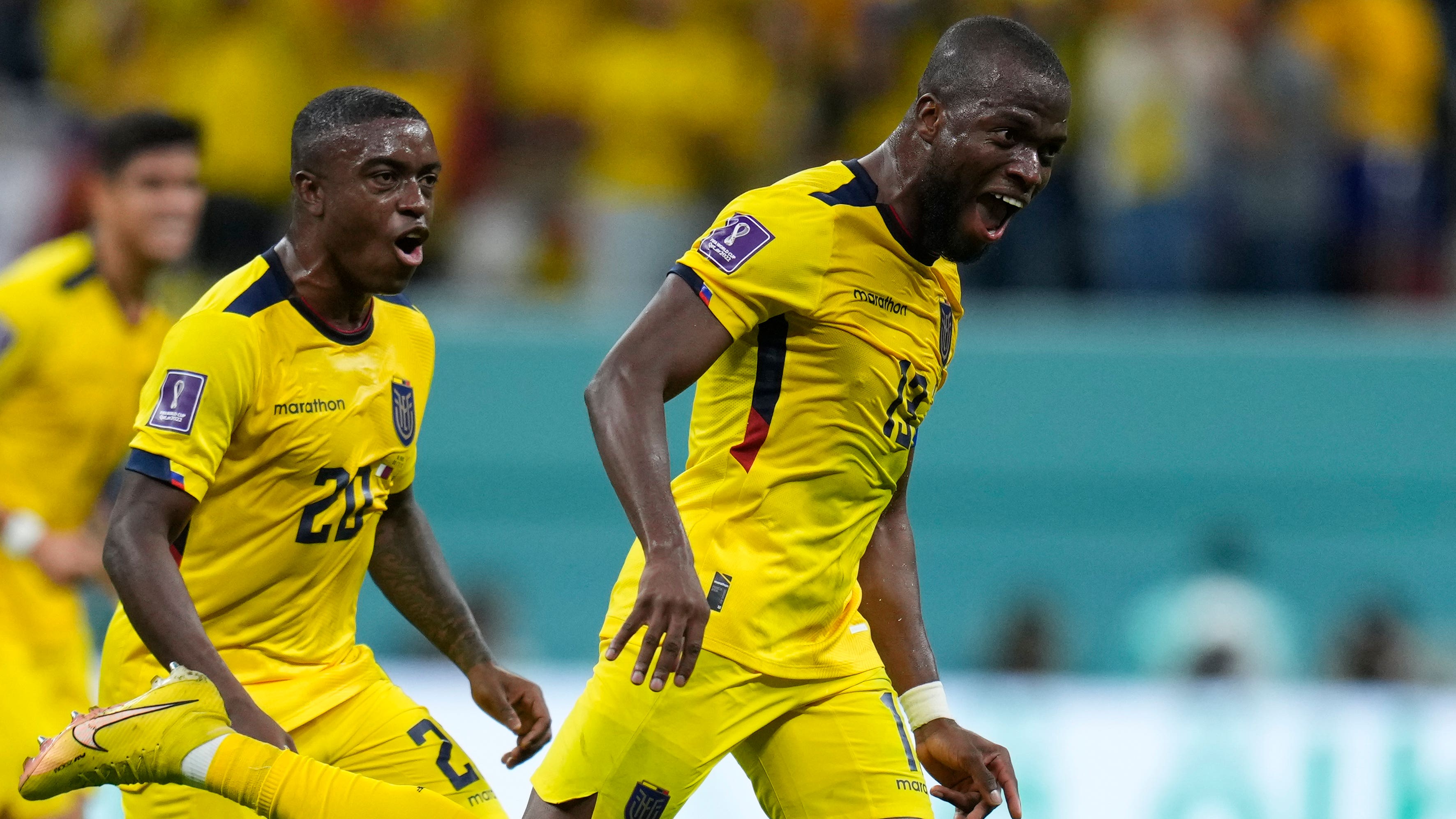 By By Andy Hampson PANovember 28, 2022No Comments

Former West Ham and Everton striker Valencia has scored all three of Ecuador’s goals in the tournament so far but is carrying a knee injury.

The 33-year-old struck twice in the 2-0 opening-night win over hosts Qatar and then grabbed the vital equaliser in the 1-1 draw with the Netherlands.

Those results have left the South Americans needing just a draw from their final Group A outing on Tuesday to qualify for the last 16 but Valencia’s fitness is a worry after he was forced off in both games.

Speaking at his pre-match press conference, Alfaro said: “Unfortunately he has a knee sprain but he has a big heart and wants to be in every battle for our national team.

“He wants to be there and, of course, his leadership is something that we always need.

“He’s an extraordinary player. He’s someone I would always pick for my national team. We’ll try to have him ready for the upcoming match.

“If he’s not ready from the beginning I hope he can be present at some point but I have confidence because I know that he will want to be there. He’s feisty.”

Ecuador are level with the Netherlands at the top of the group on four points, with Senegal a point further behind.

Alfaro insists there is no prospect of his side simply playing for a draw.

He said: “We can’t just change our playing style and our essence. We are not just thinking about getting a draw.

“I told my players that if we come out just trying to draw the game, we wouldn’t be successful. We need to be protagonists. That’s our playing style.”

Senegal realistically need to win to have hope of progress. There is a scenario where a draw would suffice if the Netherlands suffer an unlikely defeat to already-eliminated hosts Qatar, but coach Aliou Cisse is not counting on that.

The former Birmingham and Portsmouth midfielder said: “For us there is no other option – we have to play a perfect game to try to win.

“I hope that he (Valencia) will not be there, he is one of the best players in the tournament and Ecuador are a great team.

“The objective is to do like Morocco, who we congratulate for a very good victory against Belgium. This can be a source of inspiration for us because it will be imperative to win.”