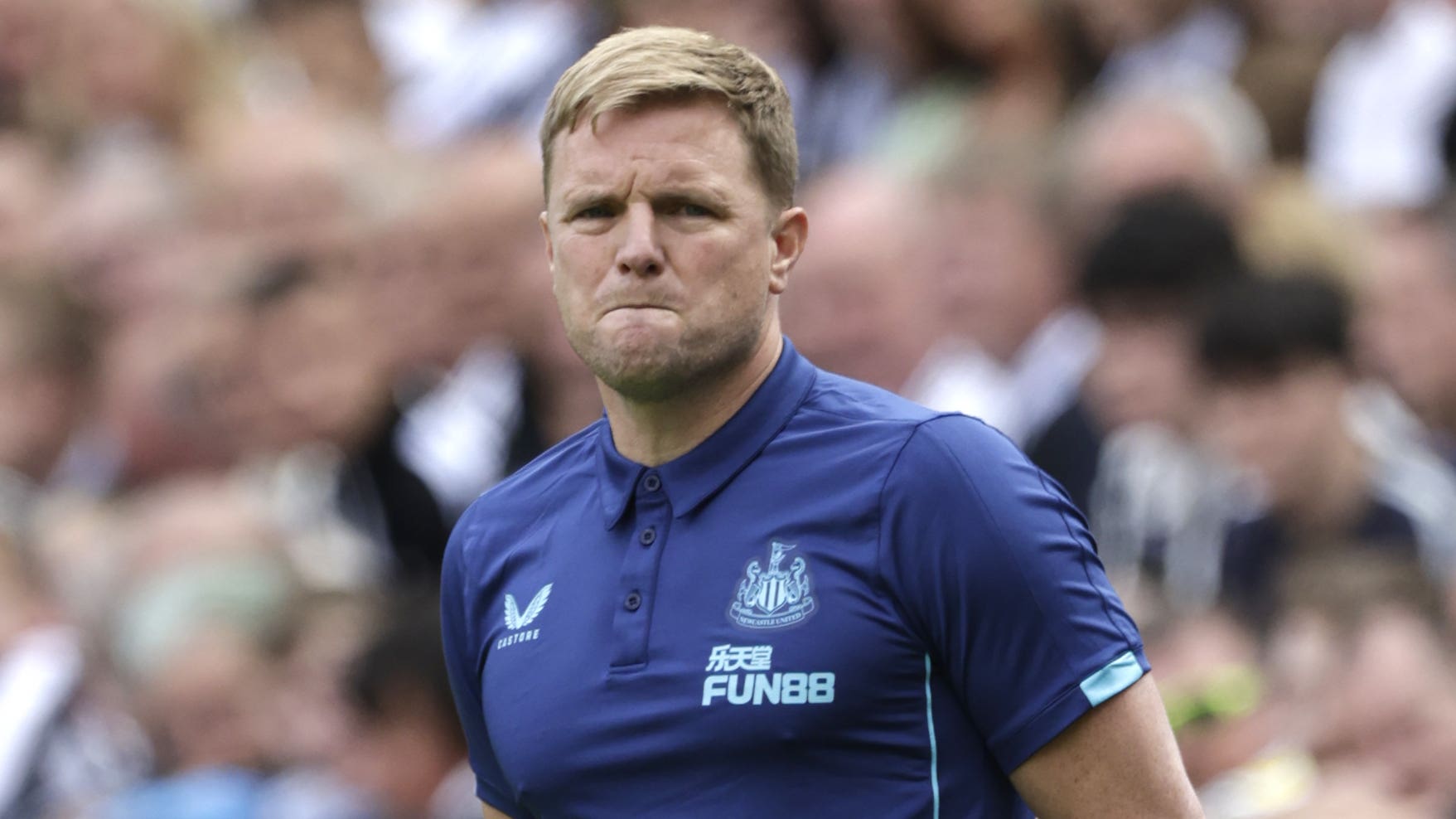 Manager Eddie Howe expects Newcastle to make “at least one” more signing before the transfer window closes amid speculation they are closing in on Real Sociedad striker Alexander Isak.

With uncertainty surrounding the fitness of Callum Wilson, who has this week been sent for a scan on a tight hamstring, there are reports stating Newcastle are close to agreeing a fee with La Real for Isak.

Howe, speaking after Newcastle moved into the Carabao Cup third round with a hard-fought 2-1 win at League Two Tranmere, was tight-lipped about the rumours but anticipates more incomings before next Thursday.

“It’s difficult to put a number on it but at least one,” said Howe, who has brought in Nick Pope, Sven Botman and Matt Targett this summer.

“We were looking at the attacking areas of the pitch, I don’t think that’s a huge secret. I won’t go into any more detail on that.”

Howe made 10 changes to his XI from the 3-3 draw against Manchester City, with only Joe Willock keeping his spot as the likes of Jamaal Lascelles and Chris Wood made their first starts of the season.

Newcastle fell behind midway through the first half as Elliott Nevitt put the finishing touch to a slick attack while Emil Krafth was stretchered off and Lascelles took a blow to the face.

Moments after replacing Krafth, Kieran Trippier delivered a corner to the back post which Lascelles, still bleeding from his nose, netted on the rebound after his header was blocked in the 40th minute.

Another corner from Trippier, this time to the near post, allowed an unmarked Wood to glance beyond Tranmere goalkeeper Mateusz Hewelt in the 52nd minute before Newcastle withstood a few nervy moments to maintain their unbeaten start to the campaign. They will face Crystal Palace in the third round.

“It was hard-fought, competitive, they were very good defensively and physically,” Howe added.

“It was a good examination of our attitude, our organisation and our commitment and the lads passed the test with flying colours. They managed a difficult last 20 minutes superbly.

“This wasn’t about free-flowing football as much as we wanted it to be. We didn’t really get in any rhythm with the ball. Although we had a lot of it, I don’t think we penetrated enough.

“But what we did do well is we dug in and found a way to win.”

Howe, though, was downbeat about Krafth, adding: “It doesn’t look good but I don’t know to the extent of how bad it is. He was in a lot of pain when he came off the pitch.”