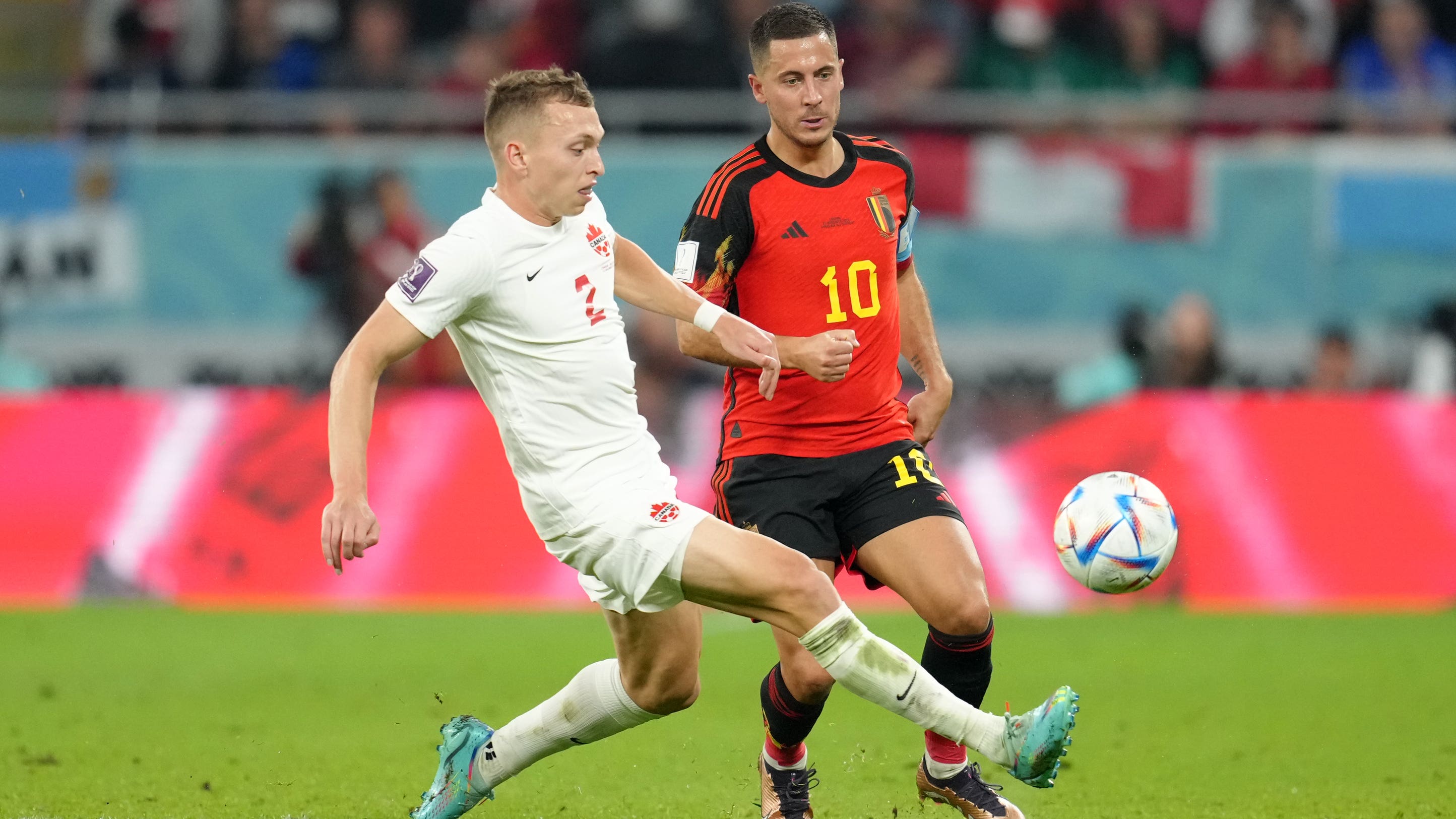 By By PA Sport StaffNovember 26, 2022No Comments

Eden Hazard has called on World Cup referees to protect players like him and Neymar.

Belgium winger Hazard was the second-most fouled player at the tournament after the first round of matches, behind Brazil star Neymar.

But while Hazard came through the 1-0 win over Canada unscathed, Neymar will miss his side’s final two group matches after going off injured against Serbia.

“More players with the ball like me, like Neymar, like Vinicius Junior, we can receive fouls. We have to deal with it. There is no problem, it’s part of the game.

“I just hope opponents can have yellow cards more often than now, because then they will stop the fouls. But it’s part of the game, if you don’t want to get fouled don’t get the ball, that’s it.”

Hazard has struggled for form and fitness at club level with Real Madrid, playing just over 70 minutes of football this season.

But the former Chelsea winger almost matched that figure against the Canadians and insists he is ready to go again when Belgium face Morocco on Sunday.

“So far I’m feeling great, I played 65 minutes, I played well, but I think we can all improve as a team,” he added.

“The recovery period is going very well. I felt good during the hour or so I had on the pitch. The next match is four days later but the recovery has been good. Playing is the most important thing for me.”

Romelu Lukaku is ahead of schedule in his recovery from injury but coach Roberto Martinez does not expect the striker to face Morocco.

“Romelu, medically, was only available for the third game, but he’s ahead of where he should be and the signs are very good,” said Martinez.

“I don’t expect him to be involved tomorrow unless something very good happens today.”

Morocco battled to a goalless draw with Croatia in their opening match and midfielder Yahya Jabrane said: “This is another difficult game for us.

“We need to bring our best game and get a positive result so we can go as far as possible.”