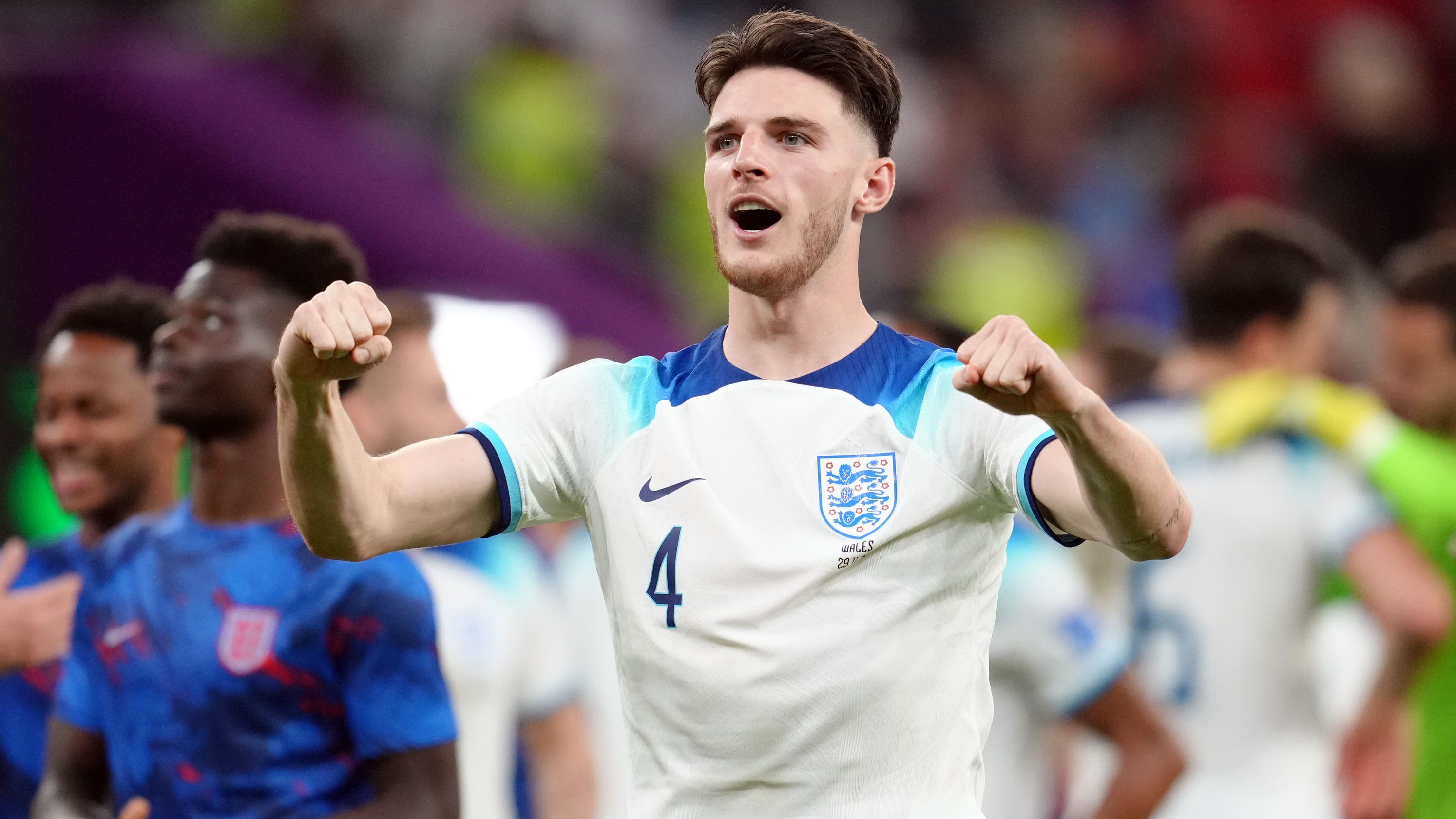 By Press AssociationDecember 8, 2022No Comments

England have been boosted by the return of Declan Rice to training ahead of the World Cup quarter-final against France.

The West Ham captain is a major part of Gareth Southgate’s side, playing a key role in last year’s run to the European Championship final and starting all four matches so far in Qatar.

Rice is among the first names on the team sheet so the midfielder’s absence from training on Wednesday at England’s Al Wakrah training base caused alarm.

The 23-year-old felt unwell but fellow midfielder Kalvin Phillips confirmed he returned in Thursday’s session, which was held behind closed doors.

“I believe Dec is fit, he’s back in training and he’s fine,” the Manchester City man said.

“If something goes wrong then I’ll be there and I’ll do my best to be fit for 90 minutes.

“I want to play as many minutes as possible. Regardless of whether Dec is playing or I am, we’ll do our best.”