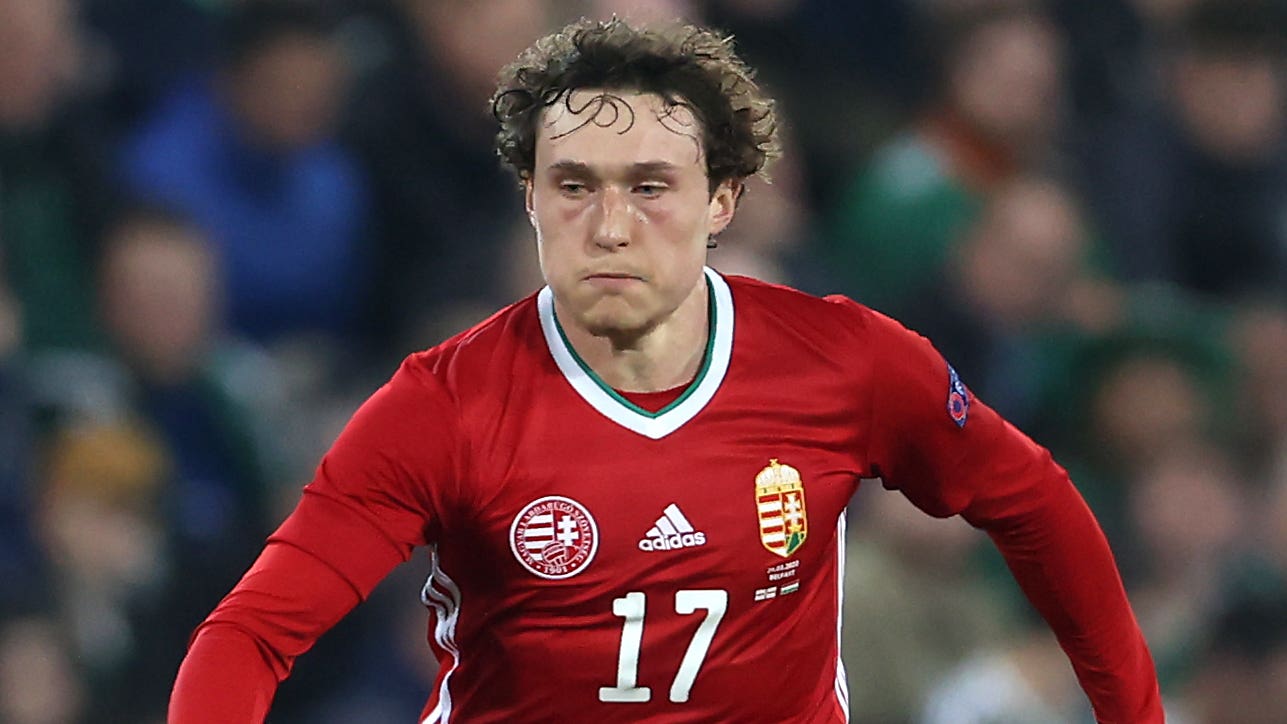 By Press AssociationJune 5, 2022No Comments

England fan Callum Styles struggled to compute the “whirlwind of emotion” he felt after helping Hungary beat the Three Lions for the first time since 1962.

A year on from cheering Gareth Southgate’s side on their run to the European Championship final, the 22-year-old helped inflict the team’s first defeat since that shoot-out loss to Italy.

Styles previously said “nobody was more gutted” than him after England’s penalties defeat, yet the Barnsley midfielder’s pride was palpable after helping Hungary secure a historic 1-0 victory in Saturday’s Nations League opener.

From Bury rather than Budapest, he qualifies for the Magyars through his grandparents and won his third cap when coming off the bench against Southgate’s side.

“I never thought I’d be playing against England and coming on and winning the game in the end.

“I didn’t pinch myself but like even now I’m trying to grasp what’s just happened. It’s just a whirlwind of emotion, I’m not going to lie.”

Styles beamed from ear to ear as he spoke at the national stadium in Budapest, where his pride at being English is matched by his desire to do his lineage justice.

“I was born in England so that’s always close to my heart,” he said. “I’m always going to support England no matter what.

“But with my Hungarian roots, I’m proud of my family and my background.

“To be involved in this experience and this team it’s like I’m doing it for my family, for my Hungarian roots, so I’m really proud to be amongst it.”

Styles does not speak Hungarian and knows it will take years to learn the language, but communication has not been a problem thanks to the number of people that speak English around the national set-up.

The Barnsley player appreciates the warm welcome he has received since first linking up with the Magyars in March and spoke of a special camaraderie within the group.

“I think Marco Rossi is such a top coach and his team talks before the games just galvanises the players,” he said.

“To be honest, the togetherness of this team is second to none.

“So, them two added together and you create a really hard team to break down.

“Marco always installs the belief that we can achieve anything and beat anyone so I think that’s a massive part of our victory.”

Styles was so wrapped up in the moment that he did not get his hands on an England shirt as he had hoped, but there will be another chance for that when the sides resume battle at Molineux on June 14.

Hungary face Italy and Germany before that match in a dream end to a challenging season that saw Barnsley relegated from the Championship.

“I’ve spoke to the club and both me and the club think it’s the right time to move on,” Styles added.

“It’s just waiting for the offers to come in and hopefully I can go back to the Championship, or even the Premier League.

“I mean, I believe in my ability and I’ve got a lot to show, which I already have, and I’ve still got more to show because everyone can improve.”