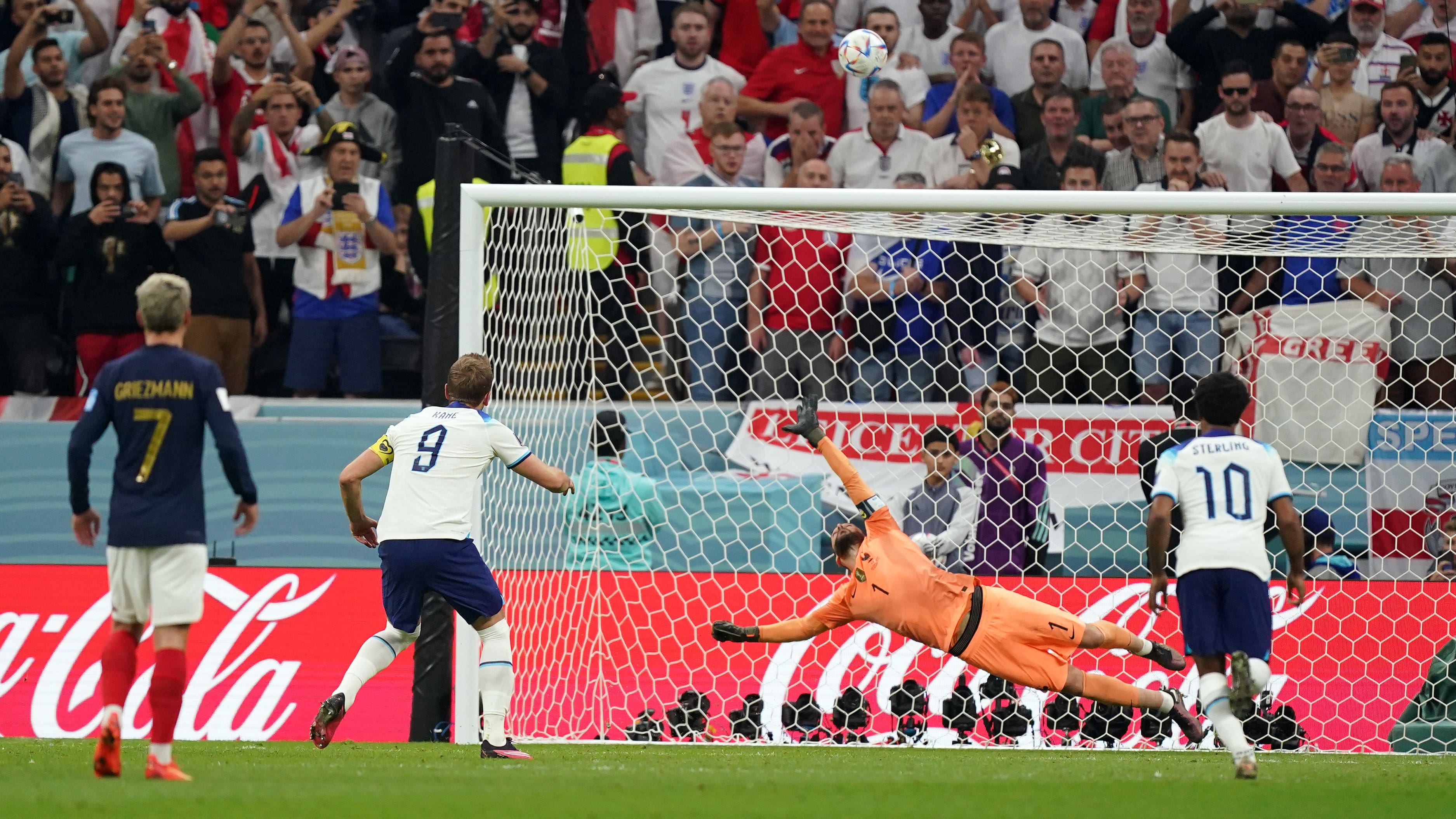 Having reached the semi-finals in 2018 and finished as runners-up at last year’s European Championship, Gareth Southgate’s men were dreaming of a mouthwatering semi-final against Morocco.

England’s hopes were dashed by Aurelien Tchouameni’s early thunderbolt, only for Kane to level from the spot and equal Wayne Rooney’s goalscoring record for the national team.

France’s all-time scorer Olivier Giroud restored the World Cup holders’ lead and it proved to be the winner after Kane blazed over a late penalty in a crushing 2-1 quarter-final exit.

England have a long history of costly spot-kick misses but normally those issues arise in shootouts, like the agonising Euro 2020 final defeat to Italy last summer.

Southgate is contracted until next the European Championship and this may well prove his final World Cup match in charge – a night when his players rallied impressively after falling behind for the first time in Qatar.

Tchouameni’s thunderous drive from distance flew in just 17 minutes into the game after calls for a foul on Bukayo Saka in the build-up fell on deaf ears.

Penalty appeals for a Dayot Upamecano foul on Kane were also ignored after the VAR concluded the decision occurred outside the box, but Southgate’s side heeded his advice to remain composed and robust.

Giroud put Didier Deschamps’ side back ahead in Al Khor, only for Theo Hernandez’s clumsy challenge on Mason Mount to bring another penalty after referee Wilton Sampaio reviewed the pitchside monitor.

But Kane found the Al Bayt Stadium stands rather than the net, meaning England are packing for home rather than preparing for a third successive semi-final in major competitions.

Both managers named unchanged sides in Al Khor and it was a cagey start to a match that came to life with a stunning 17th-minute strike after Upamecano got away with a foul on Saka.

France continued down the left and Kylian Mbappe darted inside, collecting a return pass before riding a Declan Rice challenge.

England managed to get players behind the ball but the midfield did not get out in time to close down Tchouameni, whose stunning laser from around 25 yards flew home.

It was an early gut punch but Southgate’s side responded impressively, with Lloris smothering a Kane effort before Upamecano was left breathing a sigh of relief.

The France centre-back clearly caught the England skipper but the VAR decided contact occurred outside the box.

England continued undeterred. Kane saw an effort from around 25 yards stopped by Lloris and Jude Bellingham had a stunning half volley tipped over early in the second half.

Southgate’s side would be rewarded for their positive work in the 54th minute.

Saka was sent tumbling by a Tchouameni challenge, leading referee Sampaio to point straight to the spot. A long delay followed but Kane kept his cool to send Tottenham team-mate Lloris the wrong way.

Pickford prevented Adrien Rabiot from immediately putting France back ahead before England piled on pressure.

Lloris saved low shots from Saka and Kane, before Harry Maguire met a free-kick with a header that skimmed the outside of the post.

England were looking most likely to score but had Pickford to thank for keeping the scores level when Giroud met a Dembele header back across goal with a volley.

The veteran would not be denied for long as Griezmann swung a stunning cross over for Giroud to head home from close range via a slight touch off of Maguire.

Mount had already been preparing to come on and made an immediate impact when finally introduced.

Having inexplicably waved play on after Hernandez barged over the substitute, the VAR informed referee Sampaio to check the monitor. The Brazilian pointed to the spot after reviewing footage as fans chanted “you’re not fit to referee”.

Kane would have broken Rooney’s record with the goal and injected renewed hope, but was instead left distraught after blasting his 84th-minute spot-kick over the bar.

It was a gut punch that England could not respond to, toiling in attack on a night that ended with substitute Marcus Rashford seeing a free-kick 10 minutes into stoppage time landing on the roof of the net.