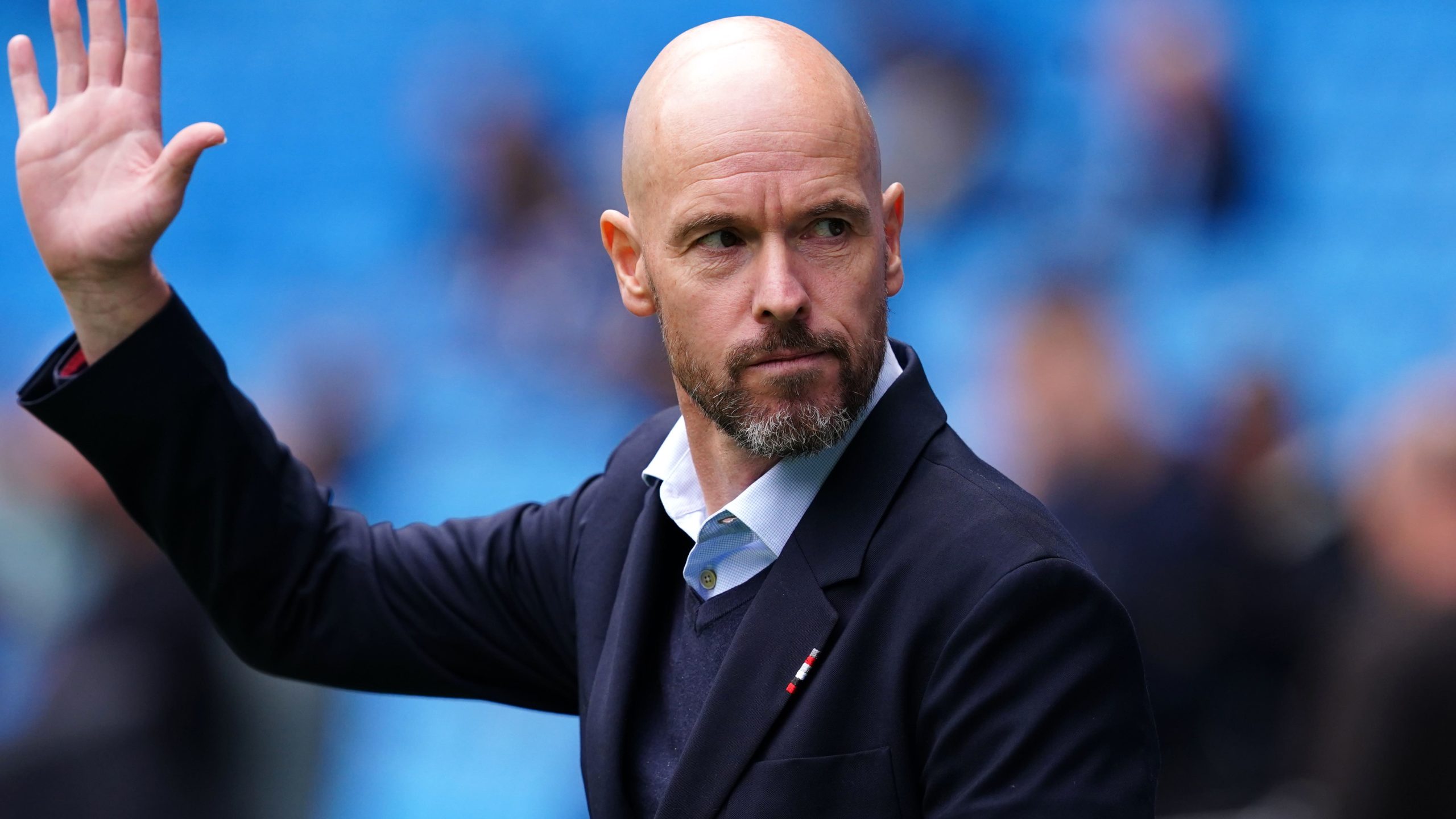 The Old Trafford giants are in the midst of their latest post-Sir Alex Ferguson rebuild after a wretched campaign that saw Ole Gunnar Solskjaer sacked and interim replacement Ralf Rangnick flounder.

United’s poor season means they are currently preparing for Europa League action rather than Champions League football, with the side jetting off to Cyprus to face Omonia Nicosia reeling from a humiliating 6-3 derby defeat.

Erling Haaland and Phil Foden both scored hat-tricks in a hammering that showed the chasm between Ten Hag’s side and back-to-back Premier League champions City.

“Obviously it was a difficult day,” Ten Hag said. “As always we analyse and we do that tough, the reality.

“It was a reality check, so we have to learn from it and carry on.

“You always take respect of the opponent but we will still stick to our philosophy, our rules, our principles.

“In tactics sometimes, also to surprise opponents, you have to bring something different in your game, and we will do that also for the future.

“But we can get a lot of confidence about this theory, when you beat Arsenal, you beat Liverpool and now we get a reality check with Man City – so we know we have to step up.

Ten Hag always knew there would be setbacks along with positive results but said Sunday’s performance was “unacceptable”.

Bruno Fernandes said they had a meeting to go through “the tough things, the mistakes that we did”, with the stand-in skipper determined to get back on track after that chastening loss.

“Obviously we know the game we played was not good enough for our standards, for what we have set for ourselves, for what we want to achieve this season,” the United attacking midfielder said.

“We have let down the club altogether, not just one or two players. Altogether we didn’t do enough to win the game, to get points from that game.

“We all – when I say all I mean all, starting with me – are disappointed with the result obviously.

“Even on the derby, we have to take that for seeing what margin we still have to improve. It’s still a long way to go.

“In the case of Rapha, I have good hope (he will be available soon). Harry will take a little bit longer and the other two I cannot give a prognosis.”