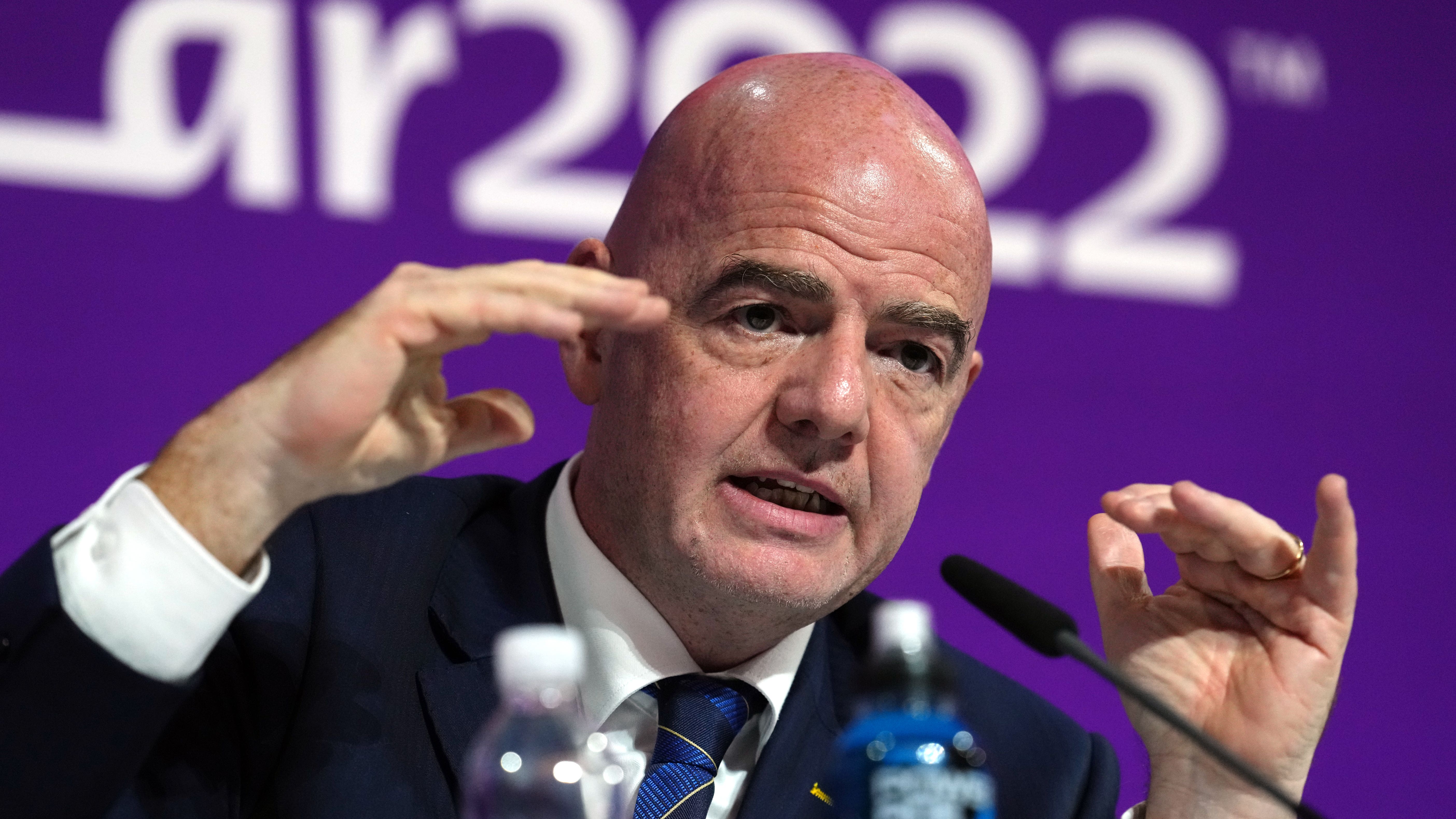 FIFA president Gianni Infantino has confirmed the introduction of a new quadrennial men’s Club World Cup that will kick off in 2025 and feature 32 top teams from across the globe.

The FIFA Council met in Qatar on Friday to discuss a variety of matters, including international match calendars and competitions for men’s and women’s football.

The launch of an expanded 32-team Club World Cup in June 2025 was among the most eye-catching decisions, having cancelled the original 24-team tournament planned for 2021 due to the coronavirus pandemic.

“There will be a Club World Cup with 32 teams to be played every four years,” FIFA chief Infantino said. “The first edition will take place in 2025 in the summer.

“During that slot where in the past we used to have the Confederations Cup and it will be slightly longer because obviously there are 32 teams.

“But they will be the best teams in the world. They will be invited to participate.

“But all of the details will be developed in due course, and we’ll decide where it will take place as well over the next few weeks or months in consultation with all of the stakeholders.

“FIFA Council has taken the decision now as a matter of principle to hold that Club World Cup.

“But don’t forget we were the only football organisation in the world, I think anyway, at the international level not to have organised the competition during the pandemic.

“Everyone else postponed their competitions, then shorten them and played them and we had a Club World Cup planned in 2020 with 24 teams. That was cancelled. It wasn’t replaced or postponed.

“We did that because we wanted to allow for the Copa America, the Euros and we wanted to protect the health and wellbeing of players and not overburden the calendar.”

The Club World Cup announcement came the day after a key legal opinion was published saying UEFA and FIFA’s right to block new competitions like the European Super League is compatible with EU law.

The FIFA Council also endorsed the creation of a new women’s Club World Cup among a variety of other decisions taken in Doha, including the introduction of a FIFA World Series friendly tournament.

“What we have seen in this particular World Cup is the importance of having matches between national teams of different continents happening more regularly, more often,” Infantino said.

“The idea there and the principle that was agreed – again details to be elaborated – is to use the March windows, the 10 days in March, in the even years, so the World Cup years and Copa America or Euro years, to organise friendly tournaments between four teams of four different confederations.

“That is so everyone can gain this experience of playing with each other under, of course, the umbrella of FIFA, so FIFA World Series type of events to allow more matches between teams of different confederations.”

In regards to the men’s 2023-2026 international calendar, the FIFA Council also decided that the September and October windows will be merged into one four-match window at the end of September into early October.

FIFA announced that the hosts of the 2030 World Cup will be decided in 2024, with bid regulations to be published early next year.