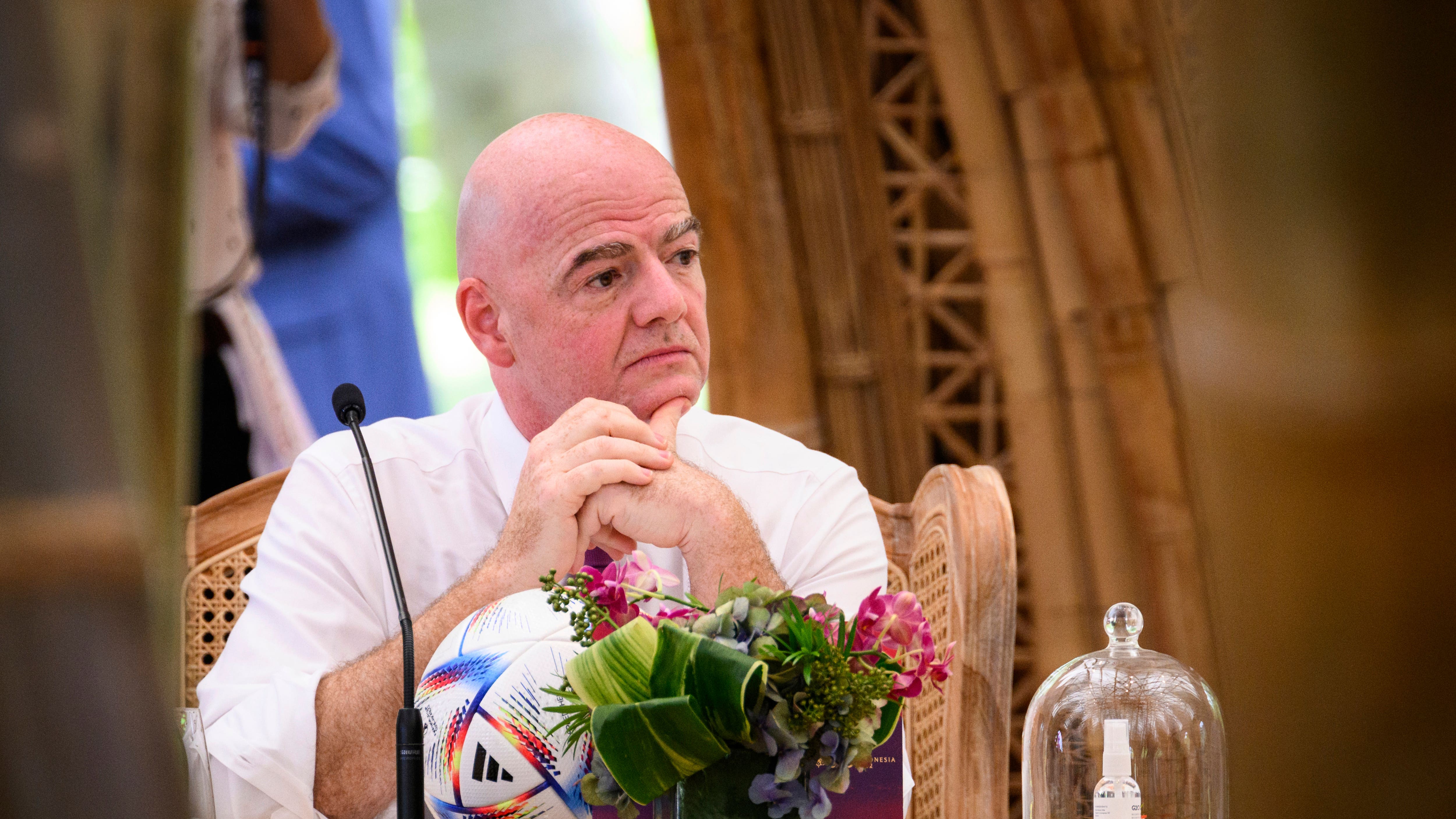 By By Jamie Gardner PA Chief Sports ReporterNovember 15, 2022No Comments

FIFA president Gianni Infantino has called for the forthcoming World Cup in Qatar to be the catalyst for a “first step to peace” in Ukraine.

Infantino addressed world leaders at the G20 Summit in Bali.

Russian national teams and clubs have been banned from playing in FIFA competitions since the country invaded Ukraine in February.

Infantino accepted it was “naive” to believe that football can solve the world’s problems, but told the Summit: “Because football unites the world, this particular FIFA World Cup, with five billion people watching it, can be a trigger for a positive gesture, for a sign or a message of hope.

“Maybe the current World Cup, starting in five days, can really be that positive trigger. So my plea, to all of you, is to think on a temporary ceasefire, for one month, for the duration of the FIFA World Cup, or at least the implementation of humanitarian corridors, or anything that could lead to the resumption of dialogue as a first step to peace. You are the world leaders; you have the ability to influence the course of history.”

FIFA has come in for criticism over the decision to host the World Cup in Qatar, a country which criminalises same-sex relationships.