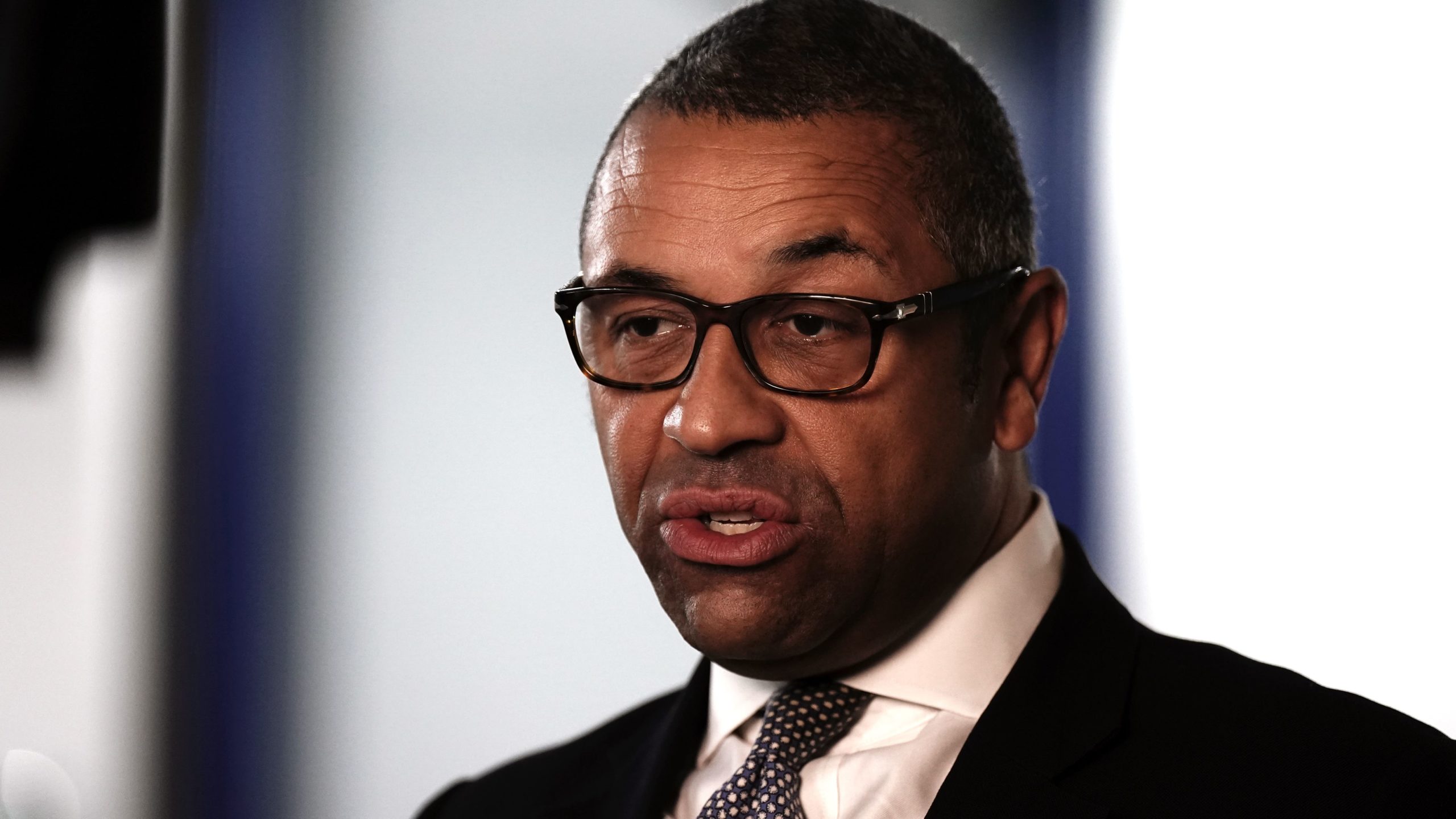 Foreign Secretary James Cleverly has been criticised for suggesting that LGBT football fans heading to the World Cup in Qatar should be “respectful of the host nation”.

Cleverly urged fans to show “a little bit of flex and compromise” and to “respect the culture of your host nation”, before Downing Street distanced itself from his comments.

Former England striker Gary Lineker was among those to question Cleverly’s remarks.

Responding to the politician’s comments on Twitter, the Match Of The Day presenter wrote: “Whatever you do, don’t do anything Gay. Is that the message?”

Cleverly’s comments came after veteran campaigner Peter Tatchell said he was arrested after staging the first LGBT protest in the country to highlight its human rights abuses in the run-up to the tournament, which starts next month.

Cleverly told LBC radio: “I haven’t spoken with the government of Qatar in direct response to Peter Tatchell, but my understanding is that he was questioned, that he was supported by the FCDO’s consular team.

“I have spoken to the Qatari authorities in the past about gay football fans going to watch the World Cup and how they will treat our fans and international fans.

“They want to make sure that football fans are safe, secure and enjoy themselves, and they know that that means they are going to have to make some compromises in terms of what is an Islamic country with a very different set of cultural norms to our own.

“One of the things I would say for football fans is, you know, please do be respectful of the host nation.

“They are trying to ensure that people can be themselves and enjoy the football, and I think with a little bit of flex and compromise at both ends, it can be a safe, secure and exciting World Cup.”

But the Prime Minister’s official spokesman rejected the language, suggesting people should not have to “compromise who they are”.

He added: “Qatar’s policies are not those of the UK Government and not ones we would endorse.”

Tatchell urged the Government to “condemn the appalling human rights abuses carried out daily by the Qatari regime”.

He added: “Unless we all speak out, Qatar will have achieved its goal of sportswashing its appalling reputation during the World Cup. Mr Cleverly has an opportunity to highlight the abuses being carried out by the regime.

“All fans, not just LGBTs, should boycott the World Cup and use their social media to amplify the shocking human rights abuses by the Qatari state. Going to the World Cup is colluding with a homophobic, sexist and racist regime.”