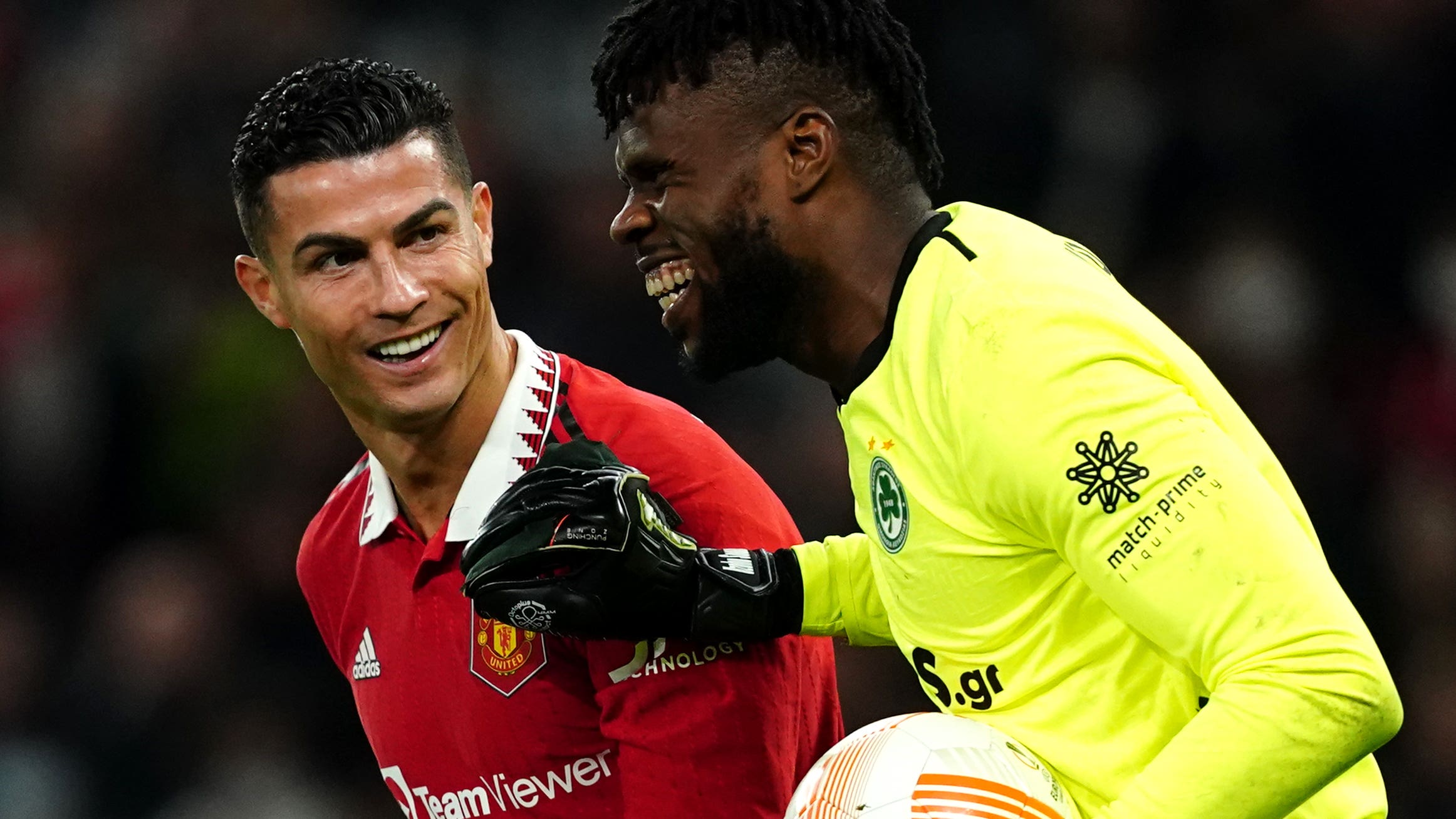 Manchester United fan Francis Uzoho met idol David De Gea and posed for a photo with Erik ten Hag after producing one of the best goalkeeping performances seen at Old Trafford in years.

A week ago Fabiano impressed between the sticks as Omonia Nicosia gave the Red Devils a scare in Cyprus before the visitors ran out 3-2 victors in their Europa League group game.

But a shoulder injury meant the Brazilian was unable to feature when the sides met again at Old Trafford on Thursday, meaning back-up goalkeeper Uzoho got to fulfil a boyhood dream.

The 22-year-old had said he would “die” to play in the fixture when Omonia were drawn against United and went onto produce the performance of a lifetime.

It took the 34th and final shot for Uzoho to finally be beaten deep in stoppage time, but Scott McTominay’s strike and the late 1-0 heartbreak could not take the gloss off an unforgettable evening.

“It is my best performance, I have to admit,” the Nigeria international said with a smile in the post-match press conference.

“I am very happy with that. I am a Manchester United fan. My dad is as well.“

Omonia boss Neil Lennon, who sat alongside Uzoho, interjected: “He hasn’t shut up about it for weeks!”

Uzoho beamed when he spoke in the press conference, just as he did when the Omonia press officer took a photo alongside United manager Ten Hag as he left the room.

The 23-year-old also met boyhood hero De Gea, who he has previously called his “idol” in a Twitter message that came with the tongue-in-cheek warning that he was “coming after” him.

The long-serving United goalkeeper may not need to worry just yet but former Celtic boss Lennon has backed Uzoho to kick on after his outstanding Old Trafford display.

“He’s only 23,” the Omonia manager said. “He’s waited his time, he’s had to be patient because of the form of Fabiano.

“In pre-season he looked fantastic. He’s been patient and the opportunity come along.

“I sat down with him on Wednesday and had a brief chat with him about what I wanted from him and he has displayed that in spades.

“I thought he was magnificent and he just excelled under the spotlight. I’m so happy for him because of all his hard work has come to fruition.

“Now we want him to kick on. He’s a very talented goalkeeper and he’s displayed that tonight so I’m very proud of him.”