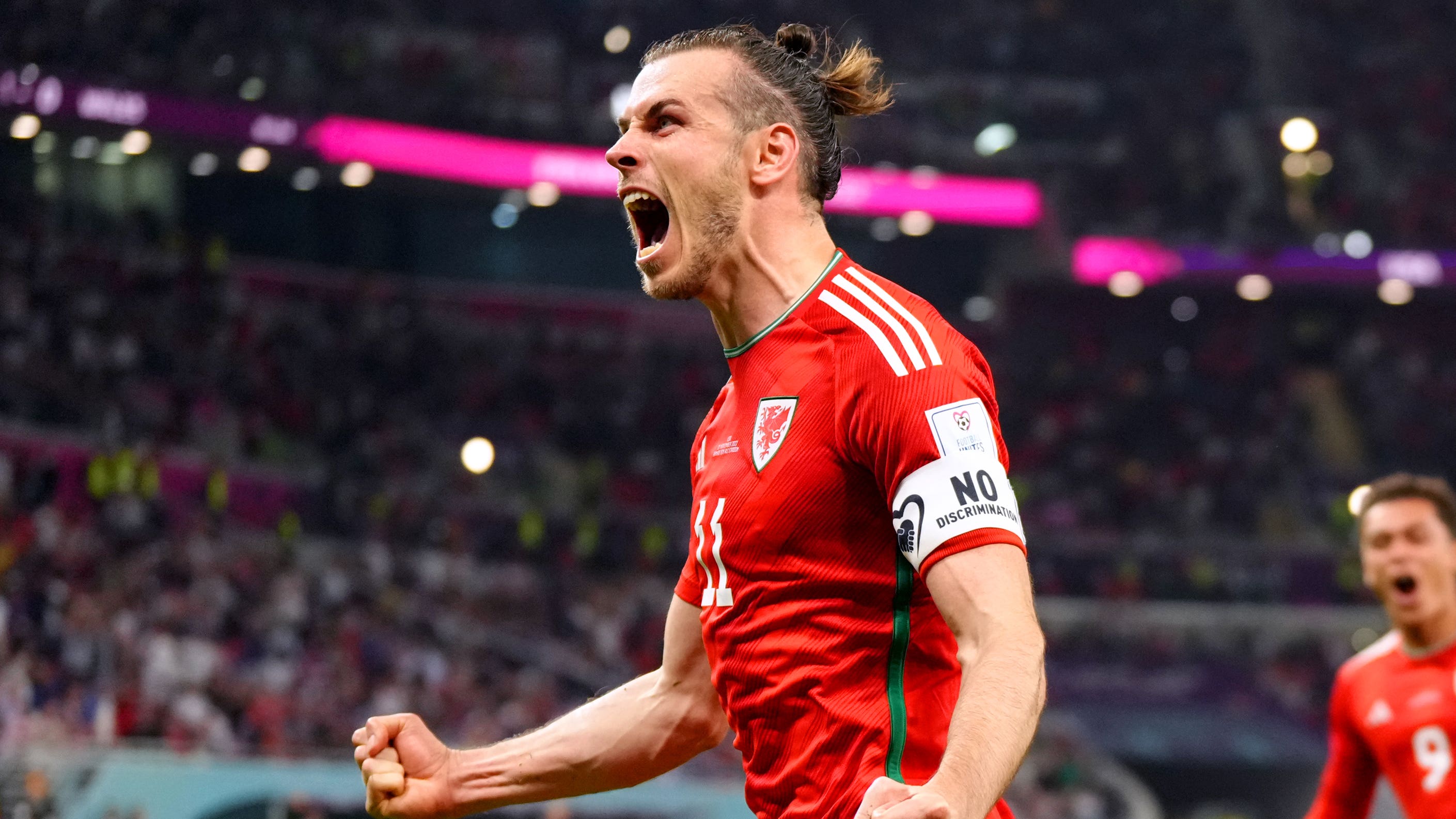 By Press AssociationNovember 21, 2022No Comments

Gareth Bale hopes Wales have discovered World Cup momentum after his late equaliser salvaged a 1-1 draw against the United States.

Wales’ first World Cup match for 64 years looked like ending in defeat after Timothy Weah rewarded the Americans’ first-half dominance with a clinical 36th-minute strike at the Ahmad bin Ali Stadium in Doha.

But Bale was felled in the box eight minutes from time by Tim Ream and picked himself up to smash home his 41st goal for Wales from the penalty spot.

Bale said: “The goal was exactly what we needed. It didn’t matter who scored it and it gave us a foothold to try and go and win it.

“I felt that we played very well in the second half, so personally, it was great to get the goal. But like I said, the most important thing was that the team scored.

“In terms of the huddle after the game, it’s something that we do, especially in major tournaments.

“We just need to keep the momentum going now, recover and go again.”

Wales’ next World Cup game is against Iran, who were thrashed 6-2 by England earlier in the day, on Friday.

Bournemouth striker Kieffer Moore is likely to start that match after being surprisingly omitted against the United States.

Substitute Moore had a huge impact on Wales’ second-half performance as the Dragons finally got a foothold on proceedings after being a non-existent attacking force for 45 minutes.

Wales boss Robert Page said: “I take responsibility for that. Nothing against Daniel James at all.

“I thought the way they played in the past, we could play through the middle and play beyond their front three when they press. They changed the press.

“We didn’t get any of the players on the ball and we were getting wave after wave of attack. He (Moore) made a massive difference for us.

“Lessons have been learned. We didn’t have to win the game, but it was important we didn’t lose it.

“We got the goal and I thought if anyone was going to win the game in the last 10 minutes it would be us.

“The good thing we’ve got, if you look on the bench now, we’ve got Brennan (Johnson) playing in the Premier League.

“We have strength in depth, I can look over my shoulder to the bench and we’ve got players who can come on and have a real impact on games.”

United States coach Gregg Berhalter could not hide his disappointment after letting two points slip before Friday’s meeting with England.

Berhalter said: “Walking into the locker room after the game you could see the disappointment in the group.

“But I’m proud of the effort of the guys, they looked like a mature group out there.

“I think we got hurt by some direct play from Wales and we fell short of the victory.

“It became problematic for us in the second half, they pinned us back. Wales didn’t create that many chances, but they made it difficult for us to come out.”

Wales wing-back Neco Williams later shared some sad news and dedicated the point to his grandfather, who died on Sunday.

He wrote on Twitter: “Yesterday was the toughest news I’ve ever had to face and that was listening to my mum tell me my grandad passed away last night.

“To go from crying all day to start in a World Cup game was extremely tough but I got through it from the support of my team-mates and family.

“So I dedicate that game and a important point to him .”