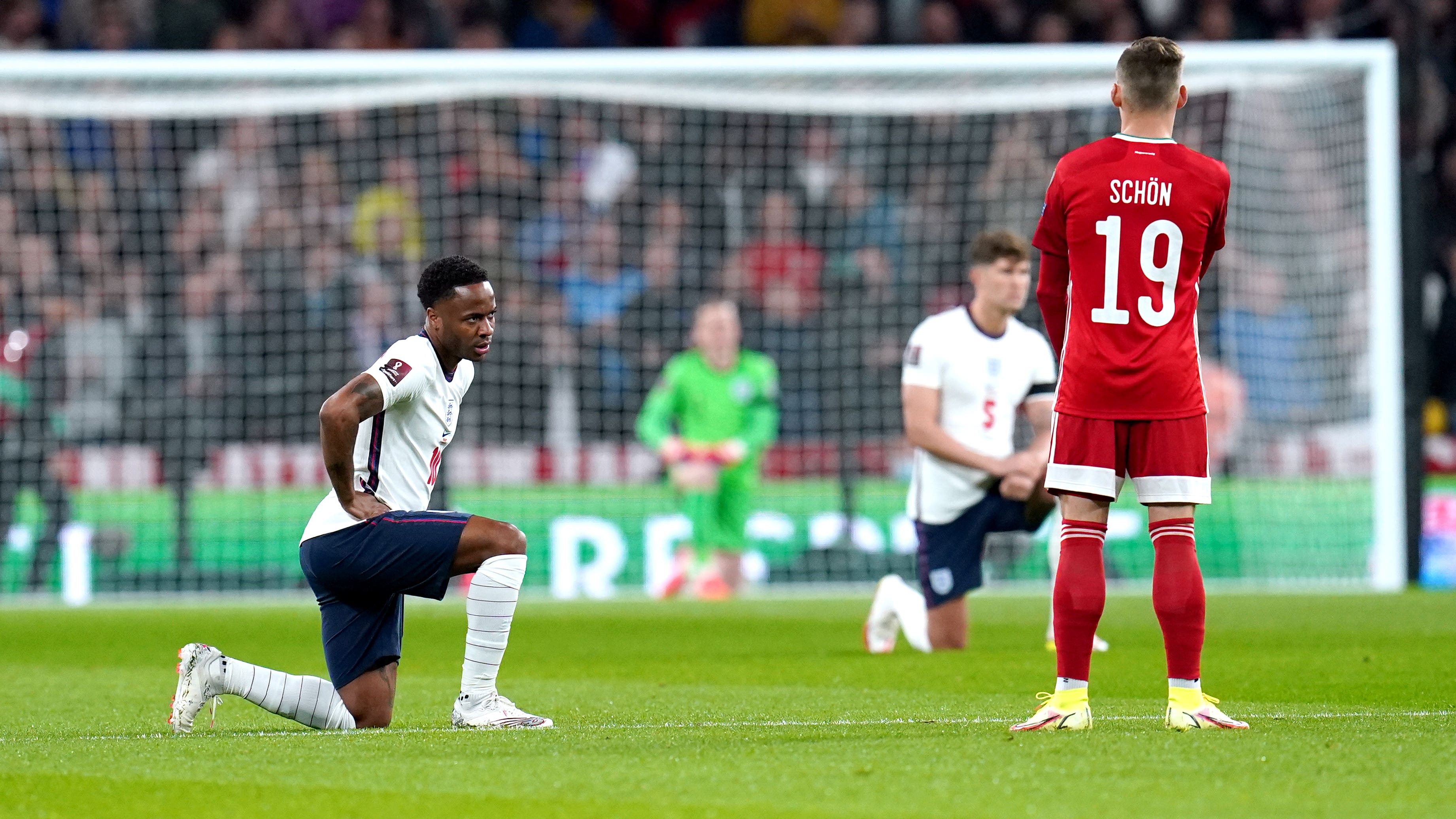 Gareth Southgate has confirmed England will take the knee at the World Cup in Qatar.

The Three Lions made the gesture against racism and inequality in 33 straight matches after football returned after the Covid-19 shutdown.

England did not take the knee in September’s fixtures but they will make the gesture in Monday’s Group B opener against Iran and beyond at the World Cup.

“We have discussed taking the knee,” England manager Southgate said. “We feel we should.

“It’s what we stand for as a team and have done for a long period of time.

“Of course we understand in the Premier League that the clubs have decided to only do that for certain games, big occasions.

“We feel this is the biggest and we think it’s a strong statement that will go around the world for young people, in particular, to see that inclusivity is very important.”

Premier League captains decided ahead of the start of this season to use specific moments to take the knee rather than making the gesture at every match.

The teams agreed to perform the act ahead of the opening round, dedicated ‘No Room For Racism’ matches in October and March, on Boxing Day and the final round, as well as the FA Cup and Carabao Cup finals.