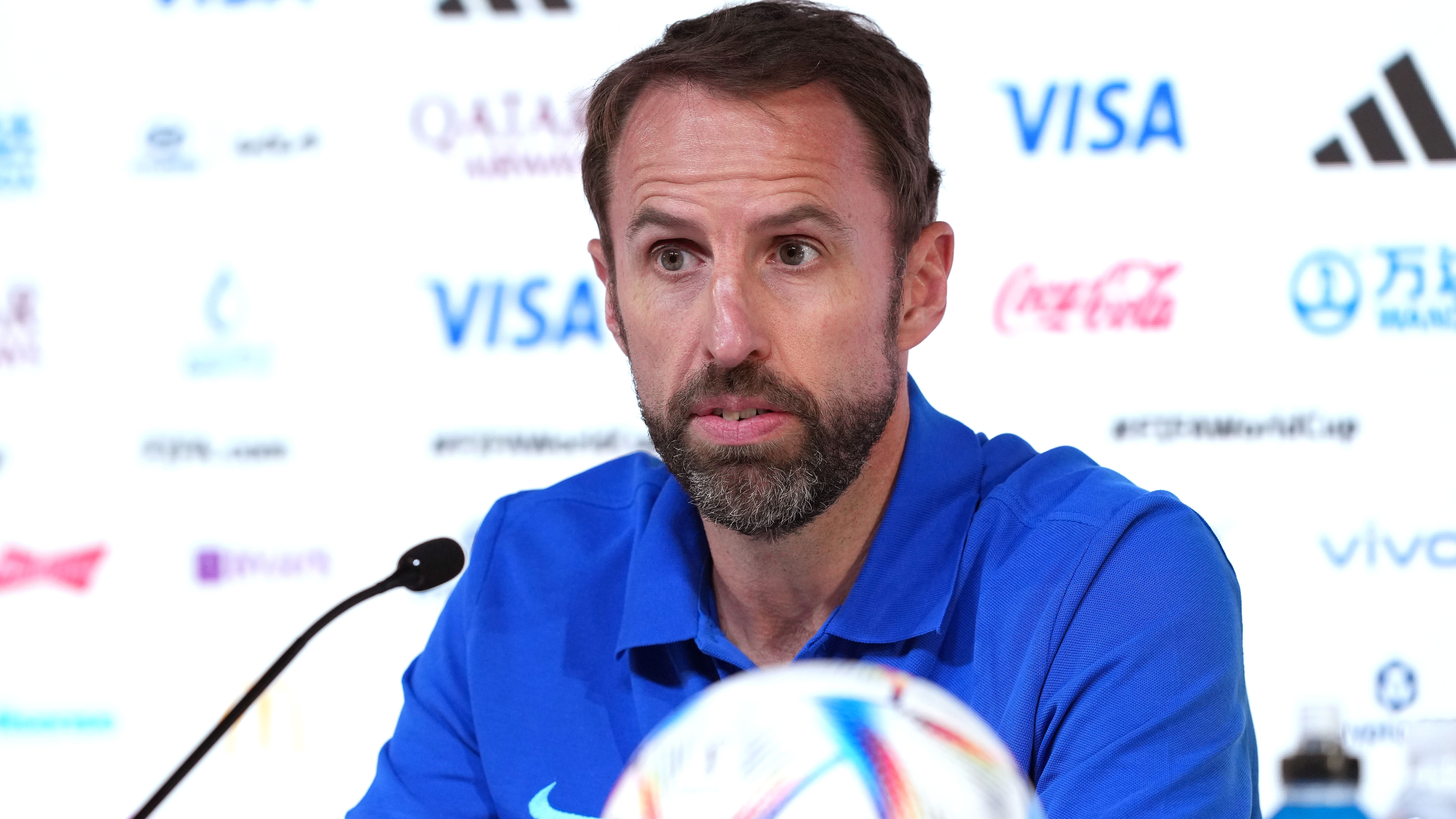 By Press AssociationNovember 28, 2022No Comments

Gareth Southgate wants a complete World Cup performance as England look to progress to the knockout phase as group winners and end neighbours Wales’ Qatar stay in the process.

Having enjoyed their best ever start to a major tournament by thrashing Iran 6-2 last Monday, the side played out a frustrating 0-0 stalemate with the United States four days later.

England are assured of progress to the last 16 should they avoid a four-goal defeat to Wales, whose hopes hang by a thread after drawing with the US and losing to Iran in heart-breaking fashion.

All eyes will be on Ahmad Bin Ali Stadium as the rivals go toe-to-toe on Tuesday, when Southgate’s men can bring the curtain down on Wales’ first World Cup appearance since 1958.

“We want to win football matches,” the England boss said. “We have got to balance freshness with stability, so that’s always a decision you’re making when you’re picking a team.

“We’ve got a chance to win the group with a positive result, so there’s a lot for both teams resting on the game.

“There’s no game where there isn’t pressure on either team and really our performance is the key.

“We played well with the ball in our first game, scored a lot of goals. The second game was tougher for us, we defended really well.

“Now we want to put both elements of the game together.”