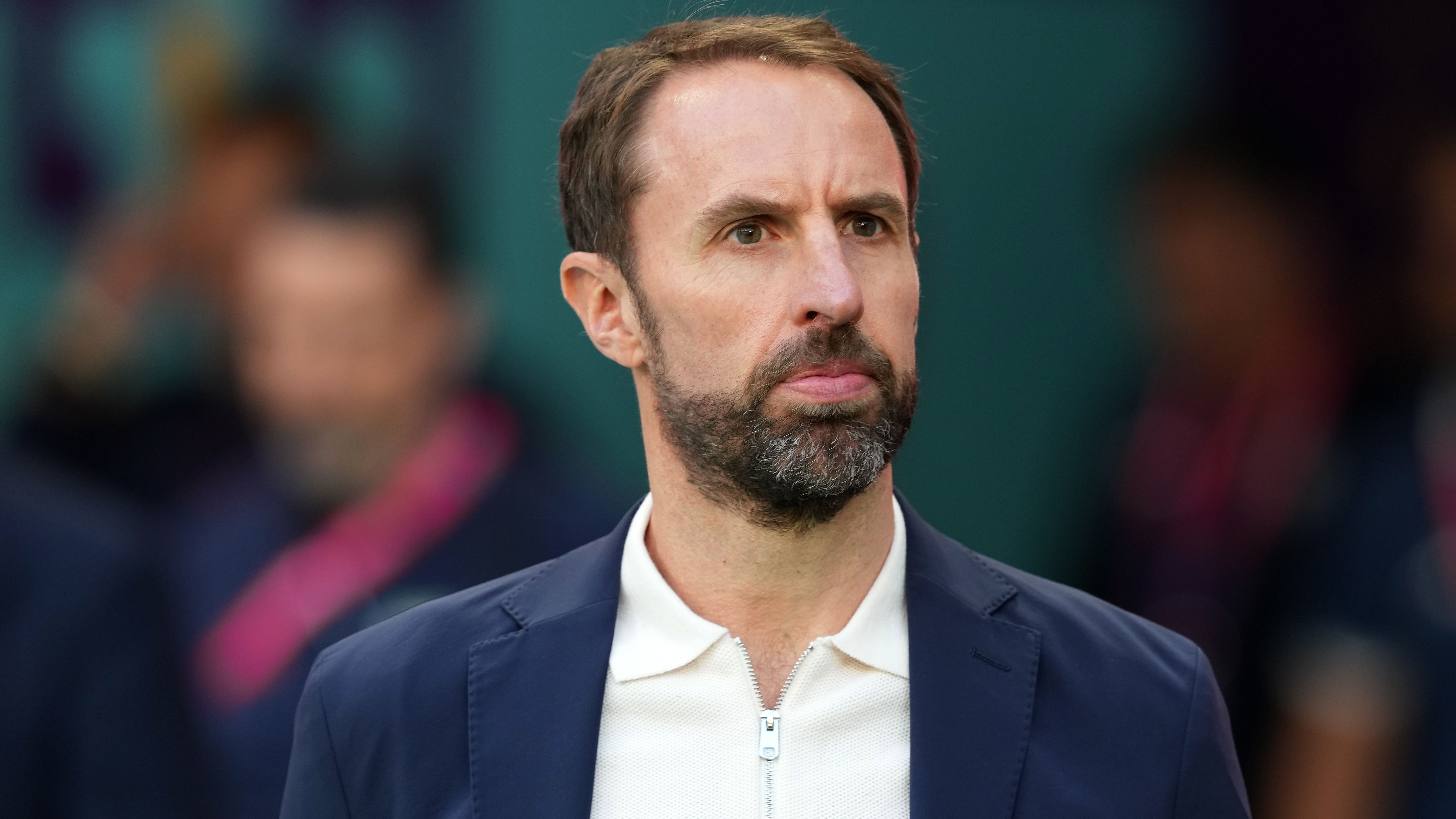 Gareth Southgate: Good start to World Cup but England must reach ‘other levels’

By Press AssociationNovember 22, 2022No Comments

England may have made a record-breaking start to the World Cup but Gareth Southgate says his side must reach “other levels” if they are to succeed in Qatar.

The Three Lions made light work of a challenging build-up and normally obdurate opponents Iran as they ran amok 6-2 at the Khalifa International Stadium in Al Rayyan.

It was England’s biggest ever win in an opening match at a major tournament and just the second time they had hit a side for six on such a stage.

That victory puts England in the driving seat in Group B as Wales went on to draw 1-1 with USA, who Southgate believes will give the Three Lions a wake-up call when they meet on Friday night if his side are not careful.

“By the end we looked sloppy but just before the end we were pretty good,” Southgate said.

“I’ve said to them I’ve got to try and balance how I feel because we’ve played so well and we’ve dominated the game, and there were so many good performances.

“And equally we can’t be conceding two goals in the manner that we did, so we will really have to reset.

“I understood that the game went on – I think we had 25 minutes of injury time across the course of the game – so I can understand why the focus might drift.

“But we’re going to have to be so on it against the States. Yeah, it is a good start but we’ve got other levels we need to get to.”

Southgate knows what is required to take England deep in tournaments, having led the national team to the semi-finals four years ago and the final of last year’s European Championship.

But this is an international year unlike any other and there have been more off-field matters to handle than ever, leading players to be peppered with questions about topics they would not usually face.

Even on the morning of the match the Football Association was still in discussion with FIFA about wearing a rainbow armband in Qatar, where homosexuality is outlawed.

“Our job over the course of this week has been to try and concentrate on the football and I think the players’ focus all week has been excellent,” Southgate told BBC Radio 5 Live.

“We felt they were ready. You’re never sure how that’s going to transfer and the first half was a bit sticky with the long stoppage for the goalkeeper.

“But we really used the ball well and our attacking threat was there for everybody to see.”

Southgate largely stuck with the tried and tested for the Group B opener, making just two changes to the side that started the heartbreaking Euro 2020 final defeat to Italy.

Bellingham was one of those brought in, with the 19-year-old shining on a day when he opened his international account and became England’s third youngest World Cup starter.

Saka was the other and scored twice in a fantastic display as he made his first major tournament appearance since missing his crucial penalty in the shoot-out loss to the Azzurri.

“I think they’ve benefitted from being with us for quite a period of time now,” Southgate told talkSPORT.

“And of course Bukayo ended up starting a lot of games for us in the last championship.

“So, they’re both used to now being in our environment, and they’re really exciting young players.

“They both work so well for the team, they’ve got a modesty and a humility about the way they play and the way they carry themselves.

“I think that is what we have with this group of players – the whole squad – and we’ve got to make sure that today is just the start point and that we show that humility now in how we go about our work.”