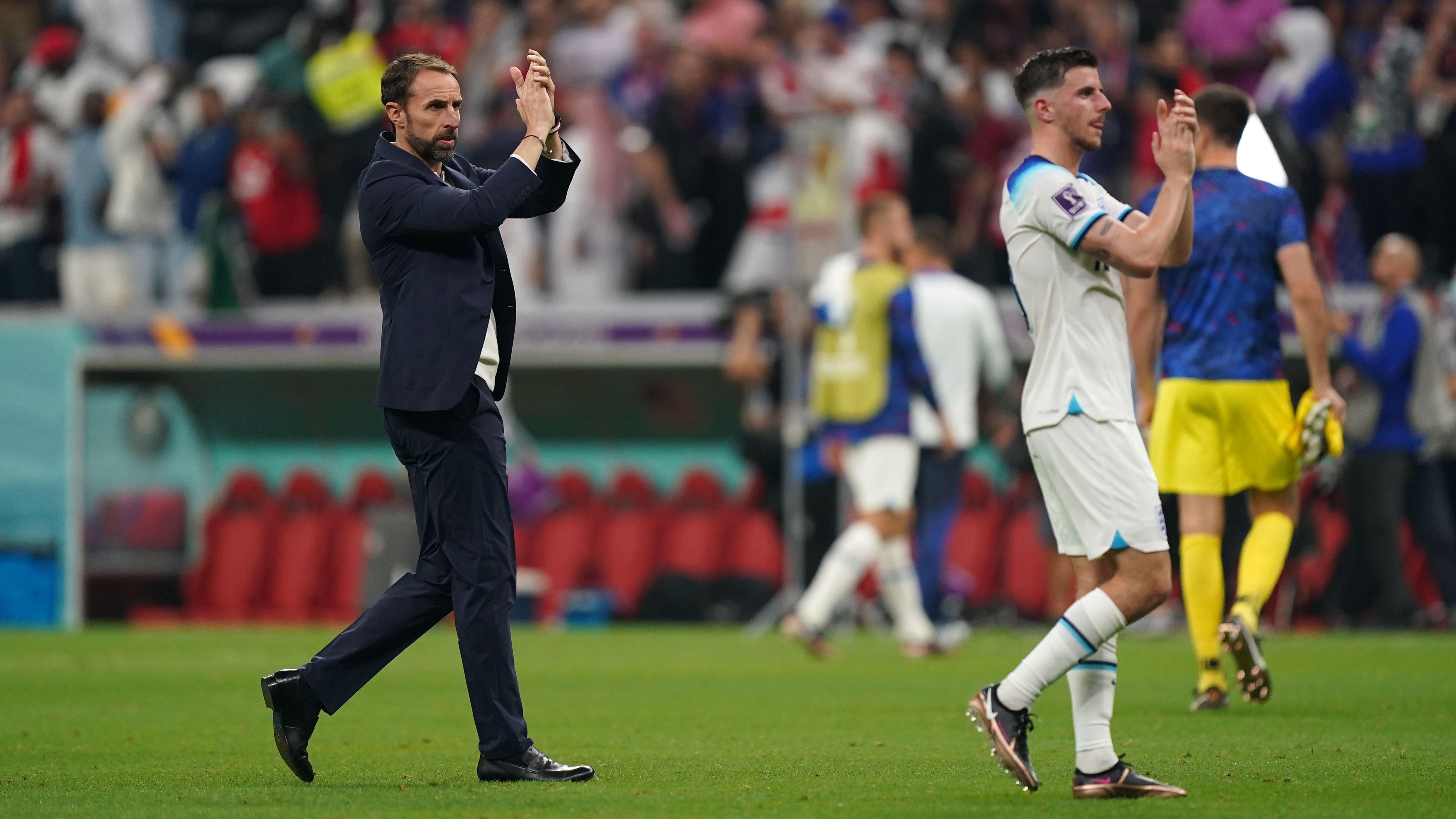 By Press AssociationNovember 25, 2022No Comments

Gareth Southgate remained upbeat despite boos greeting the end of a turgid 0-0 draw with the United States that the England boss knows will only add to this “tournament of external noise”.

Expectations were high after kicking off the World Cup with a 6-2 thrashing of normally obdurate Iran on Monday – the national team’s best ever start to a major international tournament.

But England were given a reality check by Gregg Berhalter’s American side, with Christian Pulisic rattling the crossbar in the first half as they threatened to cause an upset in Friday’s Al Khor contest.

Southgate’s side created precious little and blew the chance to wrap up progress to the knockout phase with a game to spare, with loud jeers echoing around Al Bayt Stadium at the final whistle.

“Were we booed off, though? I’m not sure if that was aimed at us or… I don’t know,” the England manager said.

“Look, I’m really pleased with the application of the players. It was a really tough opponent, they defended incredibly well.

“To come off the high of the performance the other day and find that same energy, level of quality, was always going to be a challenge.

“Their front six made it so difficult to play through and get at their defence and I thought we actually controlled the game really well.

“Our two centre-backs were absolutely outstanding with the ball. To play with such composure against the sort of pressure and angles that the USA team press with is unbelievably difficult.

“It’s only when you have two players like we have that you appreciate the strain of the game that they can take.

“Yes, we lacked a little bit of zip and quality in the final third, and we weren’t able to open up and create really good chances.

“But we had to show another side of ourselves in terms of the resilience without the ball, recovery runs, defending our box well, defending corners and set plays that came in.

“To be a successful team in a tournament you’ve got to show those different faces and I think we did that tonight.

“I’m sure there’ll be a lot of noise about the performance, but not many teams go through World Cups and get nine points in the group.

“We’re in a good position, we’ve got a little bit to do to qualify still, but we also have the opportunity to win the group.

“The players were very down and disappointed after the game, but I told them that isn’t how it’s going to be for the next few days because I thought they showed another side to what they’re about.

“And it’s going to be important moving forward.”

The performance and selection decisions will be pored over in great detail in the days to come, but England remain in control of their destiny.

They sit top of Group B heading into Tuesday’s clash against neighbours Wales and know progress is assured so long as they avoid a 4-0 loss.

“Look, of course I want our fans to go home happy and our fans at home to have a smile on their faces, so we haven’t quite managed to achieve that today,” former England defender Southgate said.

“But people are going to react how they react. I can’t let that affect how I feel about the team or the team feels.

“And we have to stay calm in these moments. We’ve been through tournaments before. I’ve been as a player and a coach.

“We had a unique thing of getting through in the last two in two games – partly because in the Euros three teams go through, so that’s not really a realistic thing anyway.

“This is the tournament of external noise. We’ve added another layer to that, I’m sure.

“But we’re on track, a bit to do, we can still win the group. That’s got to be our target.”

United States boss Berhalter was pleased by his side’s display against England, setting up a make-or-break encounter with Iran.

“A disciplined performance by the group,” he said. “The final product could still be better.

“Overall, pleased with the performance of the group and most importantly the belief because that never wavered.