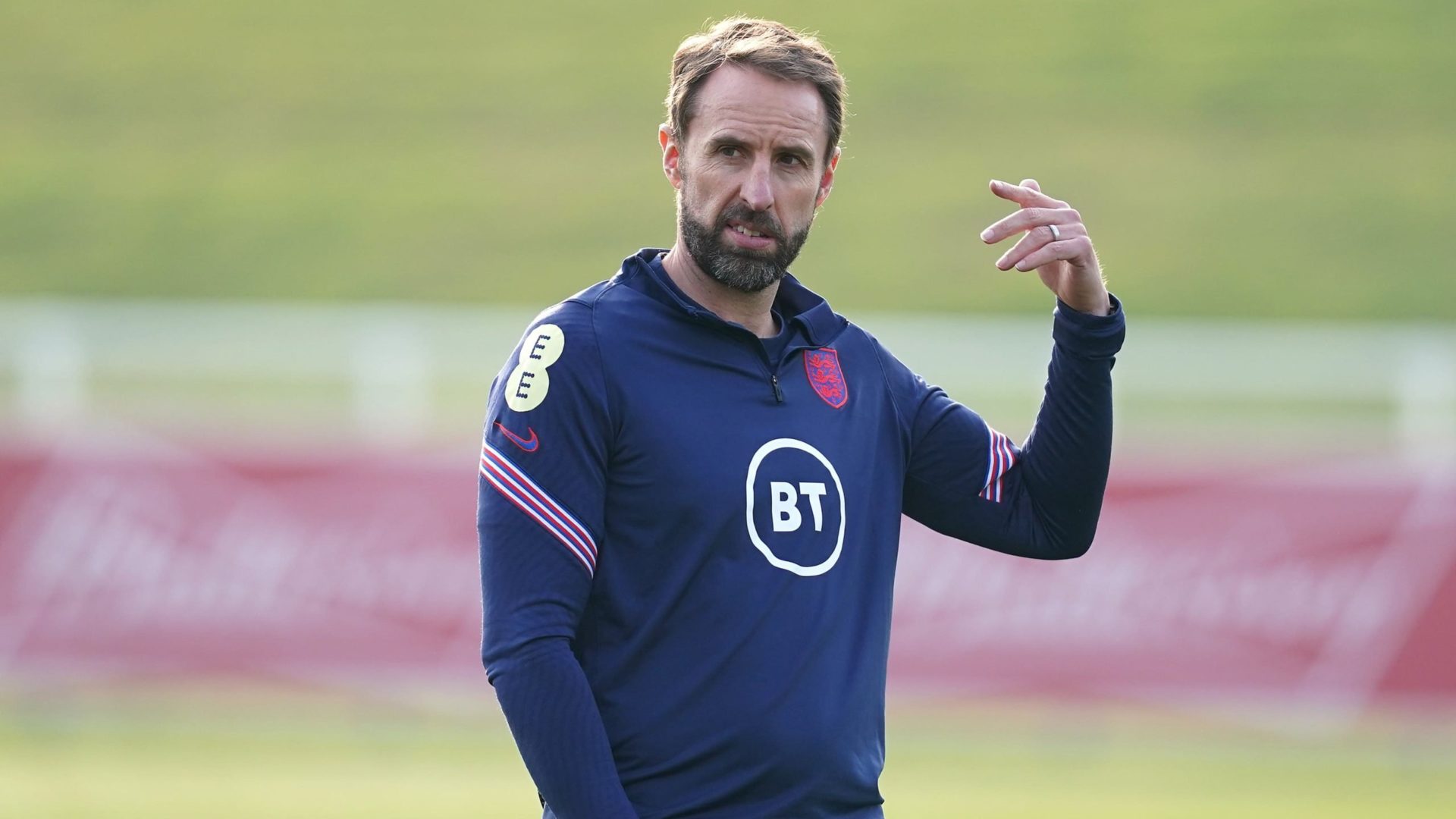 Gareth Southgate and his England squad will be facing up to the “embarrassment” of playing behind closed doors against Italy in the Nations League next month as the Three Lions boss admits recent fan behaviour is a concern.

England play four group fixtures in June, with away games in Hungary and Germany followed up by the visit of Italy and the reverse match against the Hungarians.

The opening clash at the Puskas Arena will take place in front of an empty stadium on June 4 after racist incidents marred England’s last trip to Budapest.

England’s game against Italy will be behind closed doors at Molineux after the Football Association was hit with sanctions following crowd trouble when the two teams met at Wembley in the Euro 2020 final last summer.

The games come on the back of a domestic season which ended with a spate of high-profile pitch invasions across the country.

Sheffield United striker Billy Sharp was struck by a Nottingham Forest fan, while Crystal Palace boss Patrick Vieira was in an altercation with an Everton supporter, and Aston Villa goalkeeper Robin Olsen was mobbed as Manchester City followers flocked onto the pitch to celebrate their Premier League title win.

Asked if England got off leniently with a two-game ban on supporters, with one match suspended for 24 months, Southgate replied: “Well, we’re on a yellow card, aren’t we?

“So we are where we are, we’ve got the embarrassment now of playing behind closed doors at home.

“Normally when you watch those things having happened abroad we’re all grandstanding about how it’s someone else’s problem and how this country should be dealt with and now it’s us. Again that’s not a good optic for our country.”

Southgate conceded he was unsure if the stadium closure will work as a deterrent and a warning to those who continue to misbehave.

“There’s obviously an impact on the team and a financial impact on English football. The FA takes a hit so that impacts funding somewhere so whenever a game is behind closed doors here or abroad, while the fine might not seem appropriate, to lose the game is a significant hit for whichever federation it is.

“But the people that are being punished are not the people that caused the problem. Again, that’s similar, whether it’s here or abroad. I can’t think of a better way of dealing with it. If you’re saying or I’m saying football has to deal with its own problems as well, that’s one of the few sanctions you can make that might register with people.

“We still want to host events. We’ve got a Women’s Euros here this summer which should be a brilliant experience for everybody and what we lived through last year was an amazing experience for the team.

“So we’re talking about something that could cost us the chance of doing those sorts of things because people will look from the outside. But we would still want to host, we still have fantastic facilities, brilliant stadiums – what we don’t want is this element of it that will distract from the good things that are there.”

Southgate feels the recent incidents are systemic of growing issues within society but has called on football to address the problem before it dictates changes to the match-going experience.

“There’s clearly a responsibility within football because when it is in our environment, we have got to do all we can to try and make sure it doesn’t happen.

“I think we all recognise that. But it’s a wider problem. It is behaviour and a reflection on where we are as a country at the moment. It is a difficult time for people, we are going to have more difficult times because of the economy and the realities of the situation we are in.

“But we have to look at what we’re doing in terms of parenting, everything really. What are the expectations? How do we want to be viewed as a country because that’s manifesting itself in football at the moment and that’s not a good look. We don’t want to go back to fences up and the type of environment that created.”

With no fans in Hungary, the appetite for supporters to travel to Munich for the June 7 fixture is likely to be heightened.

Asked if he had a message to fans heading to Germany, Southgate replied: “Well, I doubt they’d listen to it really because we are always sitting, giving those messages but frankly if people are going to cause trouble, it is not going to make a jot of difference what I say about it.

“I just think we’re representing the country, so is everybody that travels. We should be good ambassadors for our country and leave a good impression.

“Thousands of football fans every year do that and are welcomed back and are greeted warmly by people all around Europe when they travel.

“So, I think everybody that leaves this country, goes on holiday or goes to watch football matches has that same opportunity and responsibility.”