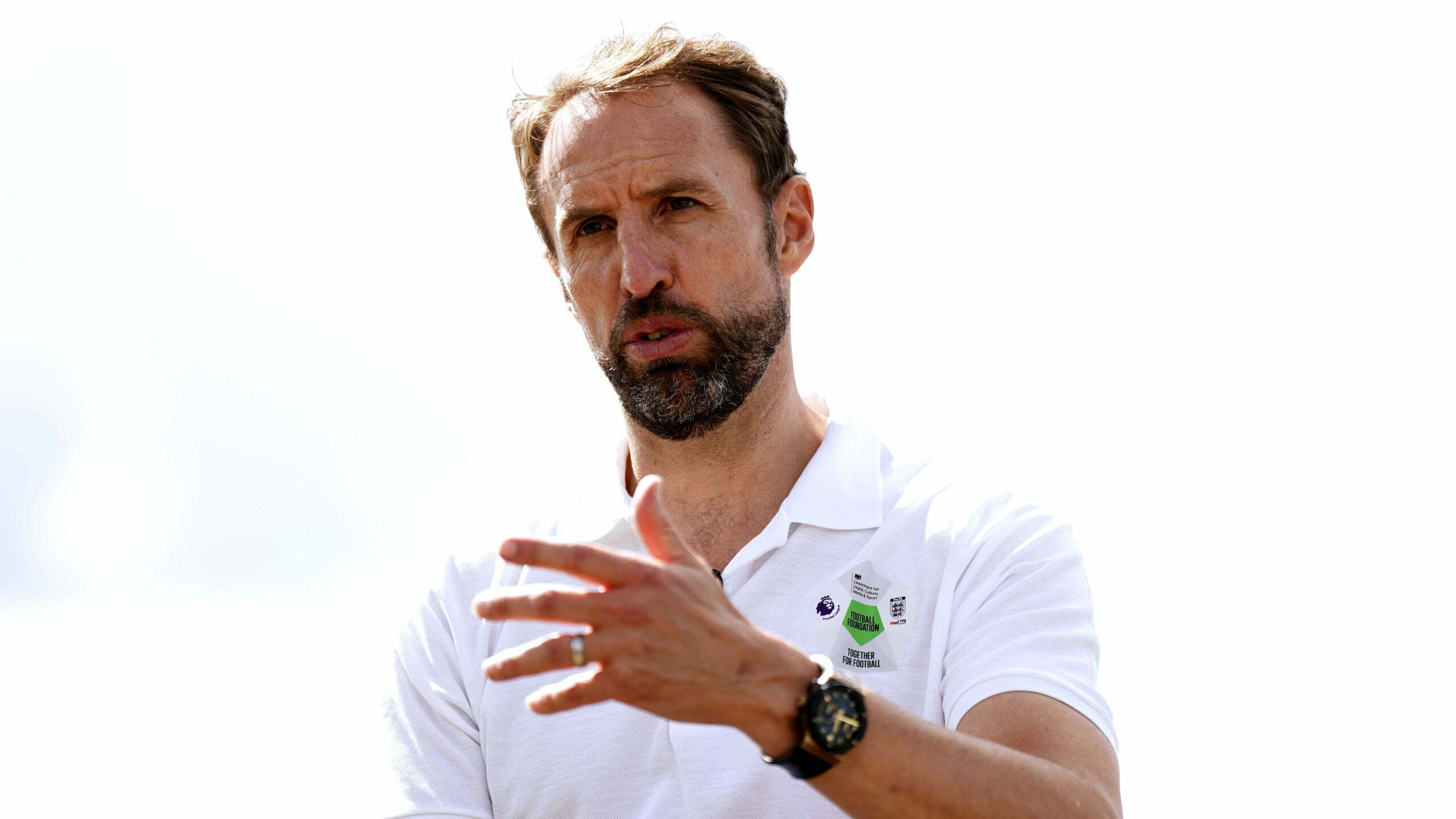 Gareth Southgate has underlined the importance of the upcoming Nations League doubleheader as England look to bounce back from a humiliating end to June’s fixtures in the final camp before the World Cup.

An international year unlike any other, it is now just three months until the Three Lions kick-off their quest for glory in Qatar against Iran in the Group B opener.

September’s Nations League fixtures in Italy and at home to Germany are the only chance Southgate has to work with his players before the squad meets in the week ahead of the World Cup starting in November.

That fact has heightened the importance of the upcoming matches, so too has the need to respond to the 4-0 home humbling by Hungary as June’s challenging four-game schedule came to an embarrassing end.

“We’re not going to get the players together again before the World Cup,” Southgate told Sky Sports.

“You’d normally have perhaps a 28-day training camp and a couple of friendlies leading into a tournament to work with the team. This is the last realistic opportunity to do that.

“When we get together in the winter, we’ll be flying to Qatar and it’ll be a normal one-week prep for a game.

“So, these are a great opportunity to test ourselves against really top teams. We want to respond to the performances that we gave in the summer and it’s really important preparation ahead of the World Cup.”

Southgate will name his squad for the San Siro and Wembley matches in three weeks – a period he will surely be hoping offers greater clarity on players’ form and fitness.

Harry Maguire and Luke Shaw dropped to the bench for Manchester United’s win against Liverpool, while the game-time of Jack Grealish, Kalvin Phillips and John Stones at Manchester City will be monitored.

“There’s a lot going on, isn’t there?” Southgate said of the start to the Premier League season.

“I mean, I think this time of the year, the league table doesn’t always represent or settle down for a few weeks and you’ve still got the transfer window open, which creates such chaos within every club, really.

“Things have to settle and we’re probably fortunate – normally our international fixtures would be next week and we’d be naming a squad. It’s nice that there are a few weeks to see things map out a bit and to see how players are physically, fitness-wise.

“There have been some unexpected results but I think this time of the year that can happen and we’re going to go into a period now where there’ll be two games a week for all the teams, definitely those that are in European competition as well.

“Things will probably take a more familiar look, I would say.”

Southgate was speaking as it was announced that 40 per cent of the Football Foundation’s investment – worth a projected £92million over the next three years – would go into multi-sport projects that support both football and an additional sports by 2025.

The announcement was made by representatives from a number of sports as the country basks in the afterglow of England’s triumph in the Women’s Euros.

Southgate said seeing the Lionesses’ success “reignites your passion to deliver it on our side” in Qatar, where the Euro 2020 runners-up will have to be versatile if they are to stand any chance of lifting the trophy.

“You’ve always got to leave space and opportunity for people that are playing well,” he said. “We’re going to lose players from the squad in this next few months. Some other countries, that’s already happened to.

“Whatever your idea in your head of knowing who your best players are, which we do, that’s going to fluctuate and you’ve got to adapt.

“Possibly this World Cup more than any other, that ability to adapt and to operate quickly, make the right decisions in a short space of time leading into the finals, is probably going to be more important than ever.”