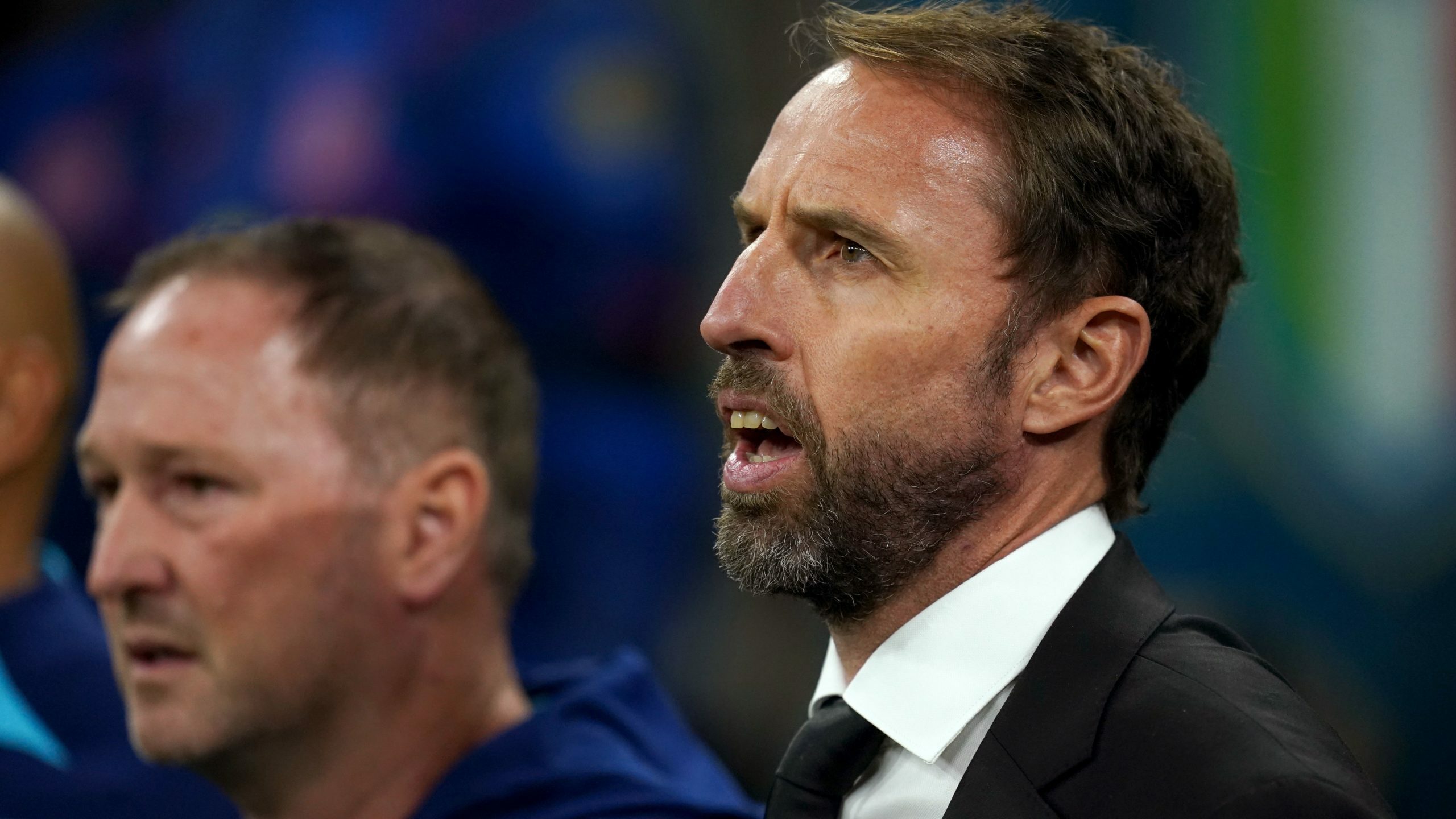 By Press AssociationSeptember 24, 2022No Comments

Gareth Southgate says England must stick together and stay true to their principles as they look to bounce back from the worst run of his managerial reign with the World Cup looming large.

Having reached the semi-finals in Russia four years ago and finished runners-up in last summer’s European Championship, the Three Lions are among the favourites to lift the trophy in Qatar this winter.

But things have gone off course at just the wrong time for England, who suffered the ignominy of relegation from the Nations League top tier with a game to spare on Friday night.

June defeats home and away to Hungary were compounded by a meek 1-0 loss to Italy, extending their winless streak to a fifth match – the national team’s longest run without a victory since 2014.

Southgate was booed by some of the travelling support at San Siro, where he was quick to underline the importance of the group to staying focused in the wake of Friday’s galling loss.

“We can’t say that there’s no value,” he said of the Nations League – a competition England took bronze in just three years ago. “These were important matches against top-level teams.

“As I said (previously), a lot of reasons for the results in the summer. Tonight we haven’t got the result that we needed or wanted, so we are in a run of bad results.

“But it’s for us to put that right and the only way to do that is to stick with what we believe, stick with what’s got us success in the previous tournaments.

“And, in the end, the players have got to stay really tight because there is going to be a lot of noise but, you know, a lot of that will be around me and that’s absolutely fine. It’s my job to take that pressure for them.”

Southgate, whose contract runs until the 2024 European Championship, is under greater scrutiny than at any other time.

The defence has been porous and faces issues over key players’ form, while the toothless attack has failed to score a goal from open play in 495 minutes.

Worse still, there is precious little time to right the ship given Monday’s match against Germany is their last game before their World Cup opener against Iran on November 21.

“Look, we are where we are in terms of the timing,” Southgate said.

“We’ve got to do the best we can in terms of keeping the guys on track, but I maintain the reaction to what I say now will be guided by the result completely.

“But we weren’t far off in terms of the performance tonight and I’ve got to keep the players believing in what they’re doing and not being distracted and going into areas that actually aren’t correct, so that’s the task I’ve got at the moment.”

Southgate’s suggestion that the Italy performance was “a step in the right direction” certainly raised eyebrows given it was a tepid response to their 4-0 Molineux mauling at the hands of Hungary last time out.

Furthermore, the Azzurri may be Euro 2020 champions but they have failed to qualify for the World Cup and were without a number of players for the Milan encounter.

Southgate now has some selection decisions to ponder heading into Monday’s encounter against Germany.

“Well, (relegation) affects the quality of matches if this competition is played again in its current format, and it affects the seeding for the European Championship qualifiers,” he added.

“It’s simple as that. We’ll have to assess everybody after today. Obviously some tired legs towards the end of the game.

“We really pushed right until the end and there was obviously a lot of counter-attacks because of that, so we’re just going to have to check and assess everybody.

“But of course it’s a game that we want to perform well and be as strong as we can.”