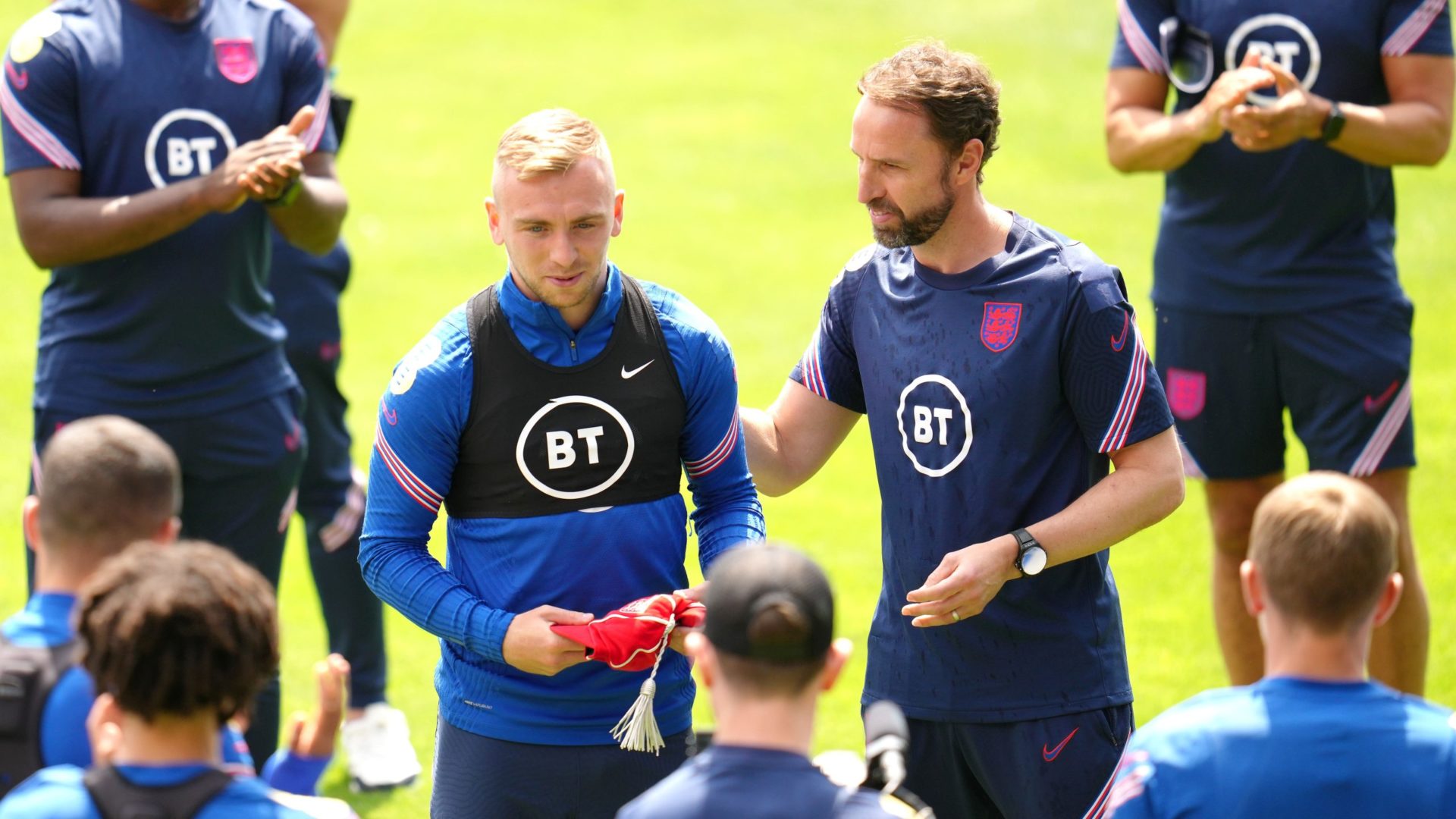 Gareth Southgate insists he will not be too loyal to the England players who have been integral to his team in recent years as he claimed the current crop would “die for each other” on the pitch.

The Three Lions battled back from a goal down to draw 1-1 with Germany in their Nations League group clash on Tuesday night.

Of the 14 players who featured in the draw at the Allianz Arena, West Ham forward Jarrod Bowen was the only one who was not part of the squad beaten on penalties in the final of Euro 2020 last summer.

Seven of the starters against Germany were also in the line-up that lost to Croatia in the last four of the 2018 World Cup.

Asked if he can be too loyal to those players, Southgate replied: “”No. We’re totally open-minded. Bukayo (Saka) came out of the pack and we didn’t hesitate putting Jude (Bellingham) into the fray, which was an incredible experience for him.

“But to win big matches there’s a huge amount of qualities that are needed. It’s not just about talent. You’ve got to have knowhow and awareness.

“They tested us tactically without the ball to such a high level, with the movement and runs they made, the techniques, so the reading of the game and communication on the pitch is vital. That group of players have played together a lot and on those nights it’s vital.

“Of course we want to try to develop others and bring that competition and to give them the similar sorts of experiences, which indirectly Jude ended up getting. But that’s a process.”

Southgate has long been a champion of the spirit and character among his squad, a belief backed up by his core members who regularly get the call-up.

He believes that determination was once again on show in Munich as he praised the effort of the players at the end of a long season.

“So many of them, when picking the team, you look at it and they’ve been to a World Cup semi-final and Euros final,” he added.

“So it’s not only the quality and experience of playing in an environment like that, but the spirit they’ve got and the fact they’re going to die for each other on the pitch.

“They could barely walk in the dressing room. It’s a phenomenal effort they’ve given, particularly after some of them having to play longer than we’d hoped on Saturday, at this stage of the season.

“What I would say is that we’ve clearly got to look after the welfare of the players. That’s part of what we were doing on Saturday, with a view to having the freshness we were going to need tonight to compete.”

Southgate confirmed he will make changes for Saturday’s visit of Italy as the European champions visit Molinuex in a Nations League meeting that will take place behind closed doors.

He also hinted that either Arsenal’s Aaron Ramsdale or Nick Pope of Burnley could be given a chance to impress in goal, with Jordan Pickford having started against both Hungary and Germany.

“I think we will (make alterations) because I think you have seen right across Europe: France changed 10, Spain changed eight, Portugal changed seven,” he added.

“So this is quite a unique set of games where teams are thinking about player welfare to a degree, freshness, but also they are preparing for a World Cup because they know what’s coming and what they haven’t got in terms of friendlies ahead of the tournament.

“So strategically it’s a bit of a unique situation and I think you are seeing it right across Europe.

“I’m not going to give everything away but we will have a look at another goalkeeper at least once in this period.

“We felt that was the right way to approach this set of games and we also know that we need to try and give those boys more experience as well.”