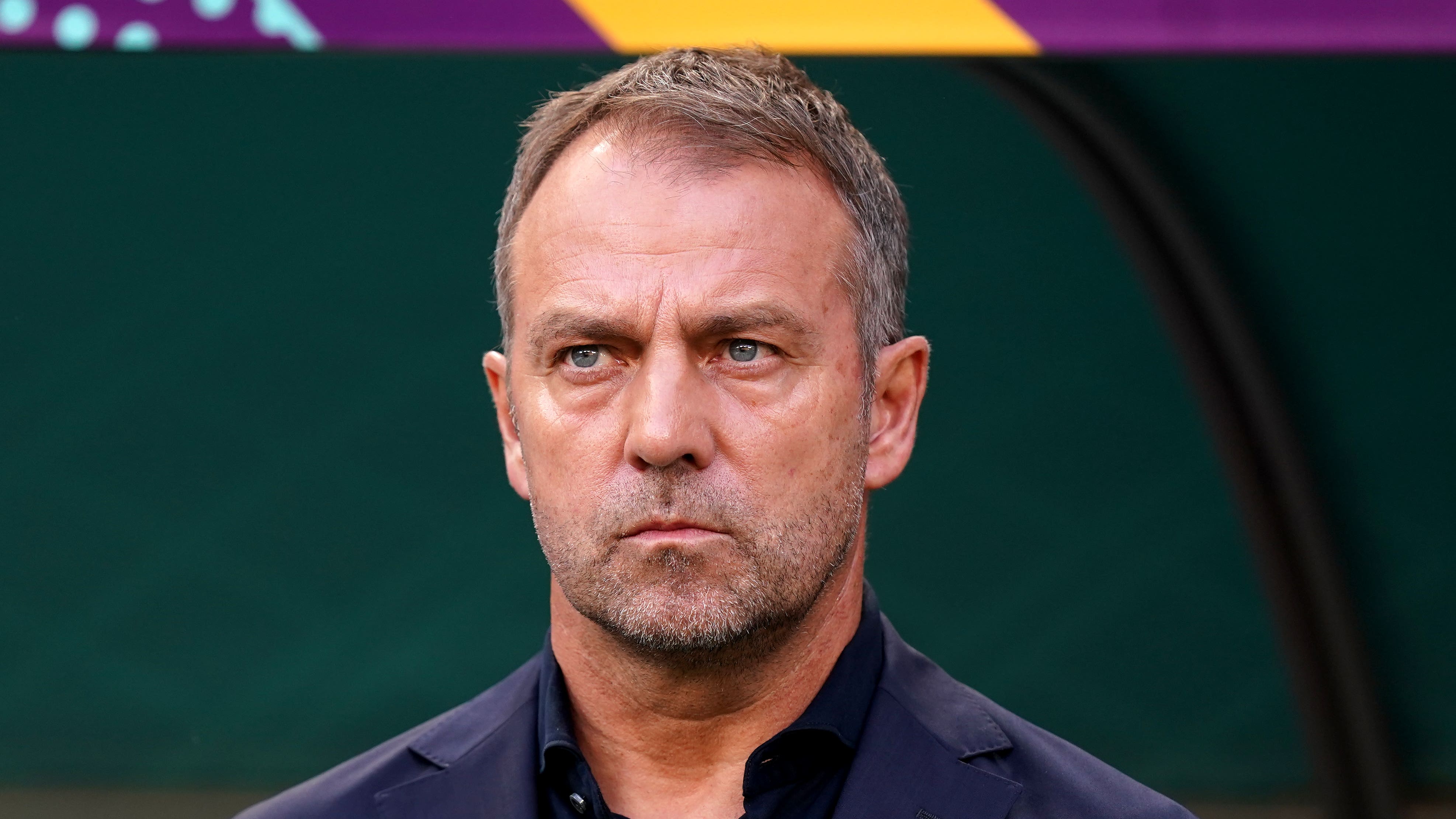 Germany stick with Hansi Flick for Euro 2024 on home soil

By By PA Sport StaffDecember 7, 2022No Comments

Hansi Flick will lead Germany into Euro 2024 despite being in charge of an embarrassing group-stage exit at the World Cup.

The DFB has confirmed they will stick by the former Bayern Munich coach, even though the Germans were unable to progress from a group containing Spain, Japan and Costa Rica in Qatar.

It was the second World Cup in a row where they failed to reach the knockout stages.

Flick, who took over from Joachim Low in 2021, got the good news after talks with DFB president Bernd Neuendorf and vice president Hans-Joachim Watzke on Wednesday.

The backing means he will remain in charge for the European Championship which is on home soil in 18 months.

Flick said on the DFB website: “My coaching staff and I are optimistic about the European Championship in our own country.

“As a team, we can achieve a lot more than we showed in Qatar. We missed a great opportunity there. We will learn our lessons from that.

“I have faith in the joint path agreed today with Bernd Neuendorf and Aki Watzke. We all want the whole of Germany to gather behind the national team again at the home European Championship in 2024.”

Neuendorf, who sacked technical director Oliver Bierhoff earlier this week, added: “We are all convinced that the 2024 European Championship in our own country represents a great opportunity for football in Germany.

“Our goal is to make this tournament a sporting success. We have full confidence in Hansi Flick that he will master this challenge together with his team.

“With regard to Oliver Bierhoff’s successor, we have agreed that we will first discuss the future structure of this area of ​​responsibility within the DFB and then make a personnel decision.”