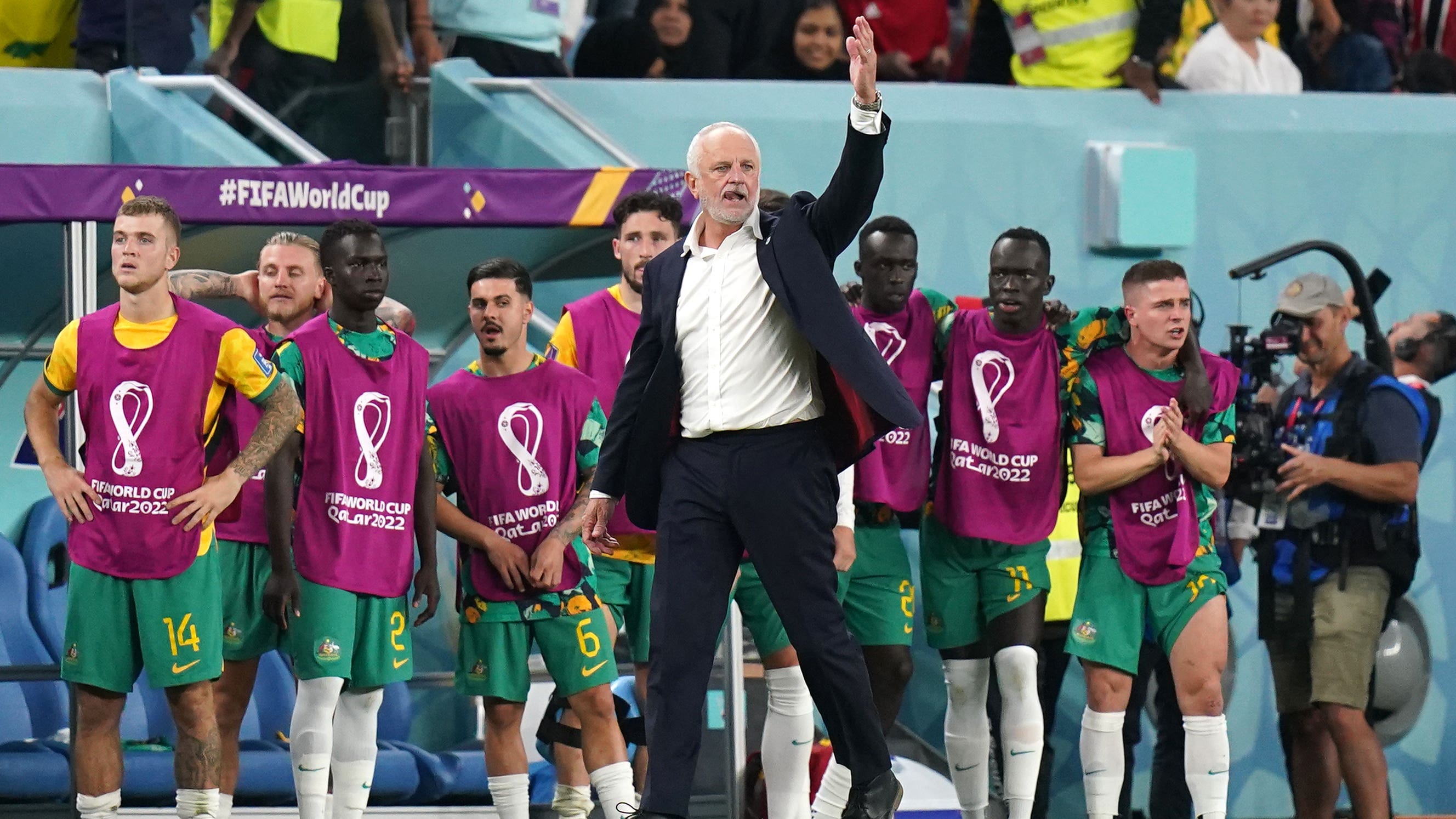 Australia coach Graham Arnold has vowed his side will take on Argentina with “all guns blazing” in their World Cup last-16 showdown.

The Socceroos were surprise qualifiers from Group D, not least after losing their first match 4-1 against France.

But successive 1-0 wins over Tunisia and Denmark took Australia to the knock-out stages for the first time since 2006, and Arnold insists they are not finished yet.

“Look, the group games are past us and it’s a one-off game, anything could happen,” said Arnold. “It’s 11 v 11, a battle, a war and we’ve got to fight that. We’ll give it everything, all guns blazing.

“We respect Argentina, for sure, but we can’t focus solely on them. We respect them but we respect ourselves and what we bring to the table.”

Arnold feels Australia’s success is payback for a gruelling qualifying campaign, where Covid restrictions back home meant playing most of their matches away, including five in Qatar itself.

“The universe is paying us back for the hard work we put in,” he added. “We played four games out of 20 at home, and we had some hard journeys.

“But Covid helped unite this team together, these boys were in lockdown in hotels.

“The fact we played five qualifiers in Qatar gave us experience of being here, and now we’ve won six out of seven games in Qatar. For us, it’s a home away from home.

“One thing we have achieved is bringing light to the nation after Covid and reuniting our sport. We’ve seen the scenes of celebration and it really makes everyone proud, and we want more.

“We haven’t finished yet, we are turning up to win another game tomorrow.”

Stoke defender Harry Souttar was a key performer in Australia’s two wins, and the Aberdeen-born centre-back will find himself trying to shackle Lionel Messi on Saturday evening.

“It’s not an individual thing, it’s got to be a team collective,” said the 24-year-old.

“We have to be alert to everything. It won’t come down to just one individual to stop him.

“He’s been one of the two stand-out players in the world, and it will be a long time until we see their likes again.

Argentina will give Angel Di Maria until the 11th hour to prove his fitness.

The Juventus playmaker went off in the second half of the 2-0 win over Poland with a thigh issue.

“We hope he will be fine and is able to play, but we don’t have a clear picture, we could wait up until tomorrow,” said boss Lionel Scaloni.

“We will see how the players are recovering and then we will make a decision on the starting XI to face Australia.”

Argentina are clear favourites to progress to the last eight, but Scaloni warned: “They are a good team and this is football, 11 v 11.

“So we need to leave aside favourites and play the game.

“They are a good national team, they had a good qualifying campaign. They have tradition at World Cups, and that makes them difficult opponents.

“We don’t need to be over-confident. We will try to play our football and see what happens.”