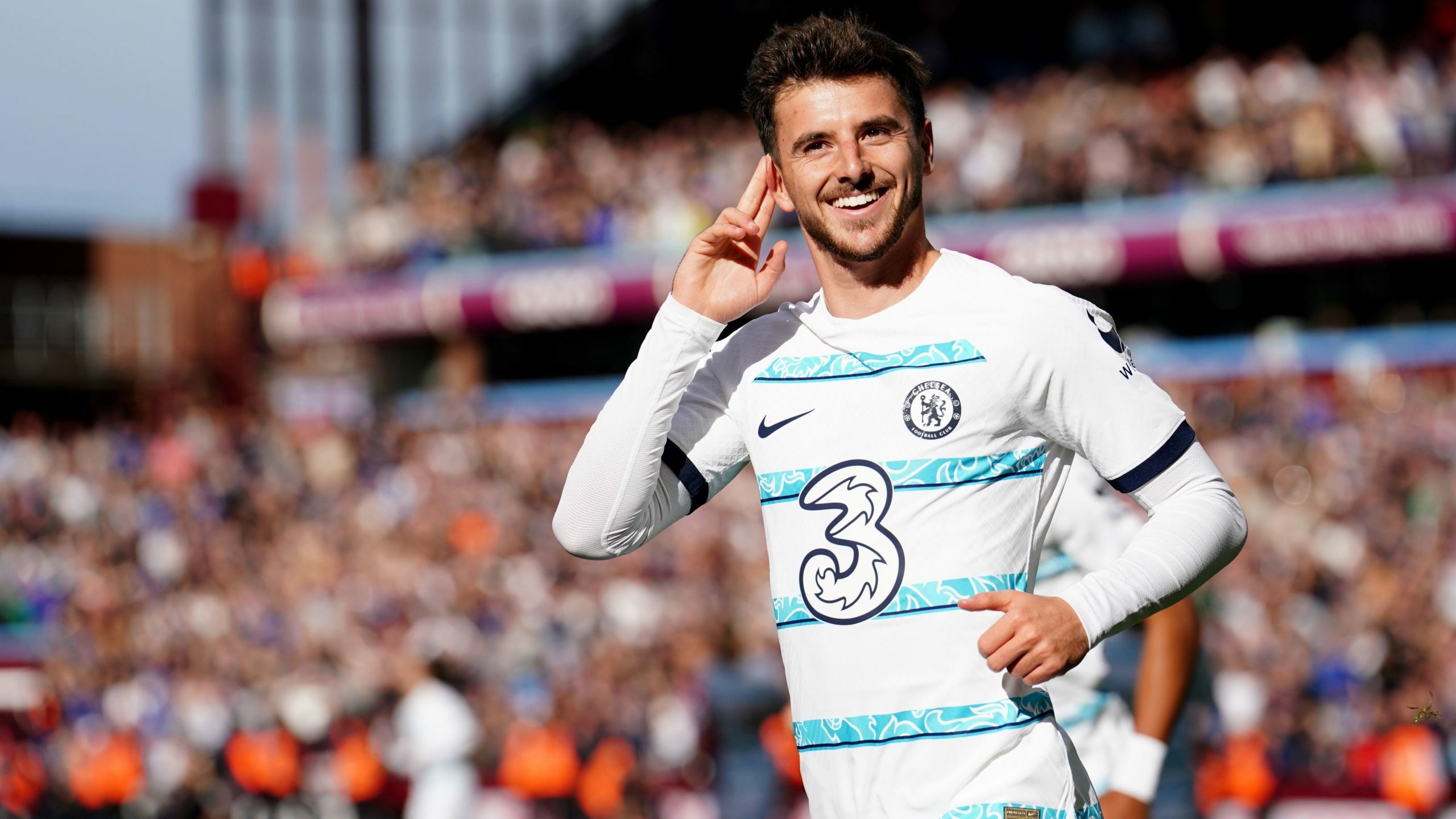 Graham Potter is the latest Chelsea coach to be left perplexed by “mixed opinion” on Mason Mount.

New Blues boss Potter hailed coaching England star Mount a genuine pleasure, and admitted being nonplussed by those who do not rate the 23-year-old.

Mount has returned to form under Potter in a slightly deeper midfield role, having battled for fluency at the start of the campaign.

Frank Lampard and Thomas Tuchel both raved about Mount in their Chelsea tenures, while Gareth Southgate relies heavily on the Portsmouth-born creator with England.

Potter has joined that line of managers to identify Mount as a central Chelsea cog, and also revealed his surprise at a lack of faith in his talents in some quarters.

Asked how he has found coaching Mount, Potter replied: “It’s a joy; he’s a fantastic person, he loves to play football and he loves the club here.

“It’s surprising though, I get a few questions, there seems to be mixed opinion on Mason. I find that strange, especially from the outside.

“And then when you start to work with him, he’s got everything you need to be a top, top player.

“He has a great attitude, he understands spaces, can execute assists and scores goals, so he’s top.”

Kepa Arrizabalaga is fast establishing himself in goal for Chelsea, with Edouard Mendy forced to bide his time for chances under the ex-Brighton manager.

Spain stopper Kepa has always battled to assert his Stamford Bridge authority since his big-money move from Athletic Bilbao in 2018.

But now the 28-year-old has a chance to do just that, with Potter both impressed and delighted.

Asked if he now has a clear first-choice goalkeeper, Potter replied: “I always think that it’s better to let football decide, and Kepa’s done really well.

“He’s being supported fantastically by Edou.

“Kepa’s form is really pleasing for everybody, especially for him.

“It’s nice we’ve got competition in that area. That’s how everyone gets better.

“Kepa’s a human being and a player, and they all want to play and contribute. And he’s doing that, so it’s brilliant for him.

“It’s a nice example that it doesn’t always go your way, and you have to suffer in life sometimes, it’s not always perfect.

“So it’s nice when those type of people get the rewards, which is a reward for their hard work and effort.”

Chelsea make the Premier League trip to Brentford on Wednesday night, with Thiago Silva a doubt due to recovery times after Sunday’s 2-0 win at Aston Villa.

“We just need 24, 48 hours, just to make sure the recovery is right for him, but there are no problems injury-wise,” said Potter.

“I have to involve Thiago in the conversations as to how we manage him, he’s 38 years old, and he’s a man who knows himself better than I do.

Midfielder Denis Zakaria is yet to feature for Chelsea following his deadline-day season-long loan switch from Juventus.

Potter insisted there has been no talk at Chelsea of any move for the Switzerland international to head back to his parent club in the January window.

Asked about Zakaria, Potter said: “No, there’s no decision been made at all on that.

“Denis has been in the group, trained well, ready to help the group.

“So there’s no talk about anything – an important member of the team. He’s being patient and waiting for his chance.”