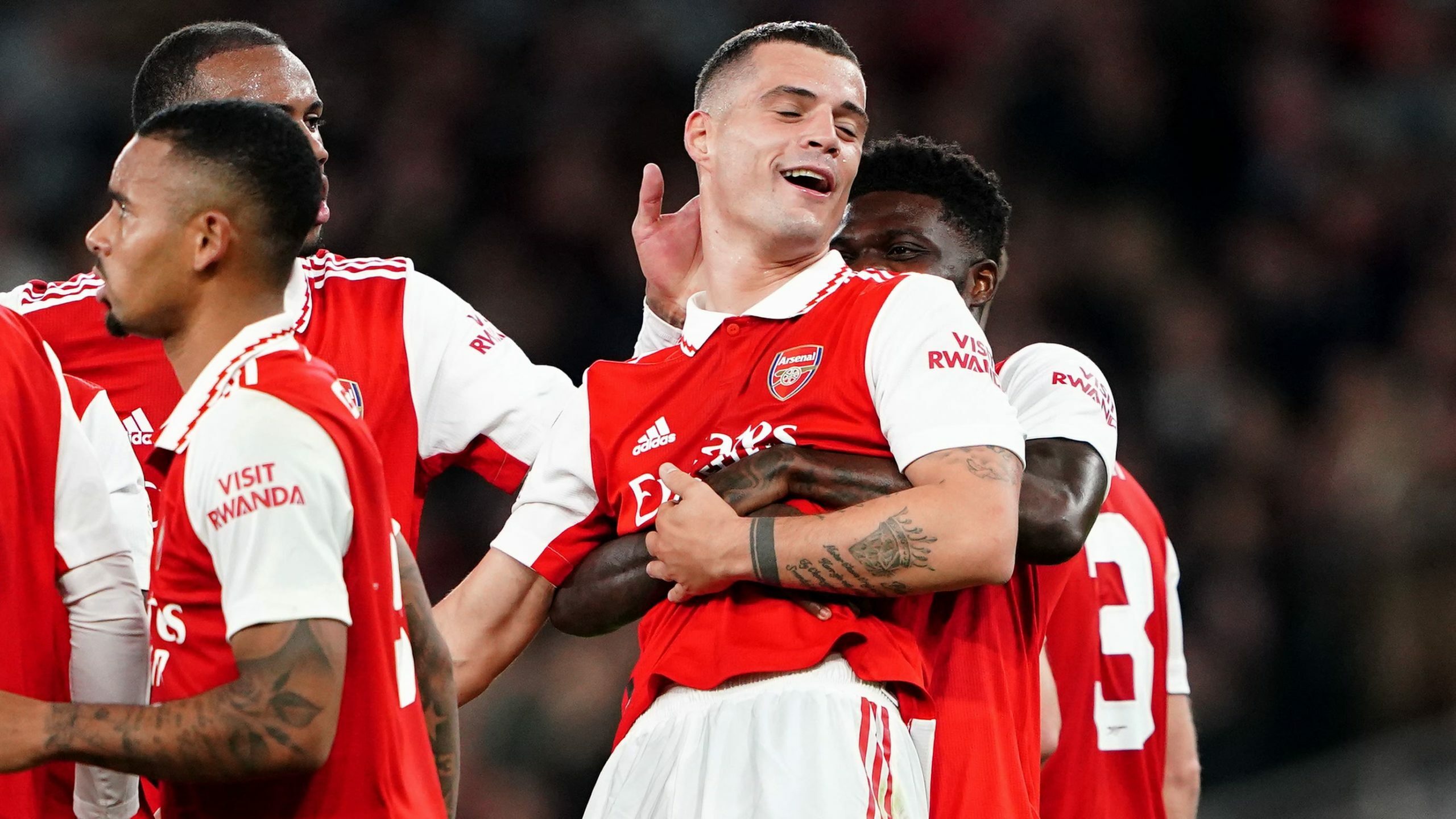 Granit Xhaka scored the only goal of the game as Arsenal beat PSV Eindhoven to secure qualification into the latter stages of the Europa League.

The Gunners sit top of the Premier League and their domestic form has been replicated in Europe, Xhaka’s second-half strike earning a 1-0 victory which makes it four wins from four in Group A.

The next task for Mikel Arteta’s side will be to get a result in Holland next week to ensure they qualify as group winners and earn a bye for the round of 32.

It is now 46 days since Arsenal failed to win a game – a longer run than that enjoyed by outgoing Prime Minister Liz Truss – as Xhaka became the first Arsenal player to score a home goal against PSV.

This fixture was initially postponed following the death of the Queen and the Manchester City clash which would have seen the top two in the Premier League go toe-to-toe had to make way this time around.

Arsenal want to return to the Champions League and their strong start to the Premier League campaign means they have a good chance of doing so – but for much of the game they lacked the ruthlessness in front of goal their women’s team showed in beating defending Women’s Champions League holders Lyon 5-1 less than 24 hours earlier.

Ruud van Nistelrooy faced Arsenal as Manchester United’s main striker at a time when the two sides were untouchable at the top of the Premier League.
He was appointed as PSV boss in the summer and has certainly added his goalscoring prowess, his team having netted 17 goals in the four games prior to their Emirates Stadium trip.

His last-gasp penalty miss was the closest Arsenal came to losing in their ‘Invincible’ season and it would be a van Nistelrooy-led United who ended that run at 49 matches the following year.

Here though, his side were second best throughout but the hosts could not find a breakthrough in a frustrating first-half, Gabriel Jesus dragging a shot wide and Fabio Vieira coming close with a free-kick as Bukayo Saka was once again the standout performer for Arteta’s side.

Such is the reliance on Saka’s contribution he was retained in the starting XI,  having only missed 179 minutes of football for Arsenal heading into the game.

There was more of a cutting edge to the home side after the restart, Saka forcing a smart save out of Walter Benitez, who then did well to push away a Jesus strike.

Eddie Nketiah arrowed a shot narrowly wide as Arteta sent on Thomas Partey and captain Martin Odegaard with a quarter of the game to play.

It would be their fellow midfielder who finally found the back of the net, however, Xhaka’s half-volley from Takehiro Tomiyasu’s cross planted just out of the reach of Benitez.

Xhaka has already scored as many goals this season as in the previous three combined and, sporting the captain’s armband, again showed he is now a firm favourite of the Gunners fans he once had such a fractious relationship with.

There was a moment of concern for Arsenal and England when Saka went down injured but he soldiered on as the hosts saw out the closing stages to seal their place in the knockout rounds.