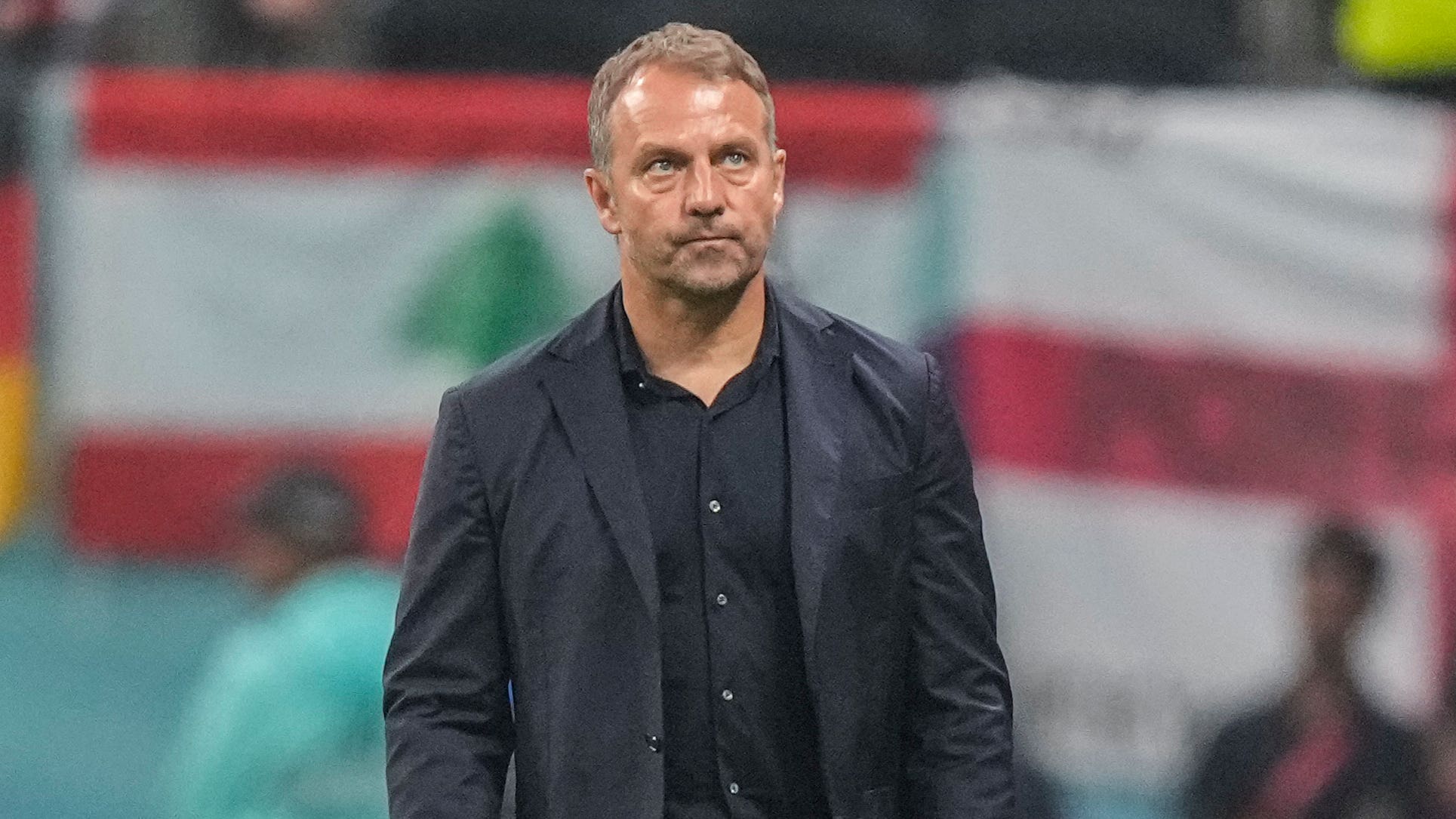 Hansi Flick said Germany only had themselves to blame after they crashed out in the group stages of the World Cup.

The four-time world champions were already facing a scramble to keep their tournament hopes alive following defeat to Japan and a draw against Spain.

And despite recording a 4-2 victory over Costa Rica, with Chelsea’s Kai Havertz scoring twice, Japan’s 2-1 comeback win against Spain sealed their fate.

At half-time – and with Spain 1-0 up following Alvaro Morata’s strike – Germany were on course for a last-16 tie against Morocco.

But that dramatically changed within minutes of the restart when Ritsu Doan and Ao Tanaka fired Japan to victory as they topped Group E.

But manager Flick said: “I don’t care about other teams because it is all up to us. If you look at the matches and the number of goals, it is our fault.

“I am convinced we had possibilities and chances in the (last) match against Spain to win, but you have to take those chances and score and then it would have been a different situation for us.

“There are so many reasons (for Germany’s exit), but I am not looking to find excuses. We did not have a lot of time to train, but it is not down to that. We fulfilled our duty today and went off the pitch with a victory, but the result could have been better.”

Flick has only been Germany head coach for 18 months following his appointment after their last-16 defeat to England at last summer’s European Championship.

But in the wake of Germany’s group-stage departure – their second in as many World Cups – questions will be asked about his suitability for the role.

Questioned over his future, Flick replied: “Honestly, we have just been eliminated, but if you know me and know my team, you know that we can get up quickly and recover from that. That is very important and very decisive for the future.

“In light of the 2024 European Championship, it is difficult to talk about that right after an elimination. Now we need to assess our work here at the World Cup, head into a different direction, and this is the next step that we are going to undertake and we will do that very soon.”

Yeltsin Tejeda and Juan Pablo Vargas – whose effort later went down as a Manuel Neuer own goal – struck in the second half to overturn Serge Gnabry’s opener and leave Costa Rica 20 minutes away from for the next stage, which would have sent Spain packing.

“I am leaving with a feeling of sadness,” said Costa Rica coach Luis Fernando Suarez. “The feeling is tough to experience, especially as a coach, and even tougher to experience in a World Cup.

“But this is us, this is Costa Rica. We were ourselves against Japan, and again today, and the most important thing is that we have room for development, so many young players with a great future ahead of them. So I am very calm and we can leave with our heads held high.”