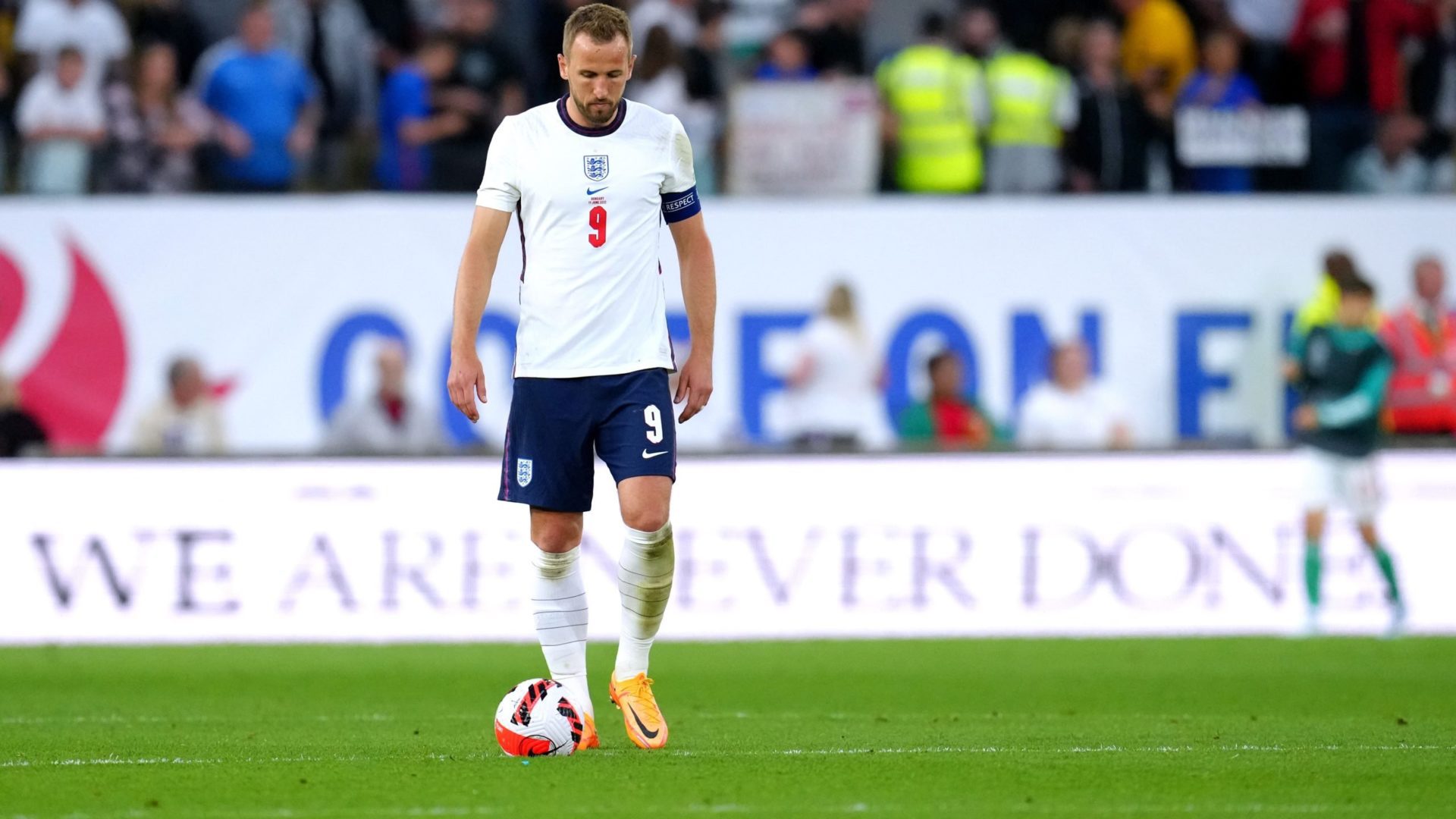 Harry Kane believes boss Gareth Southgate is still the man to take England forward despite a 4-0 home defeat to Hungary.

Roland Sallai’s brace was complemented by a thunderous Zsolt Nagy strike and – shortly after John Stones’ red card – Daniel Gazdag made it 4-0 on a night when fans booed the team and chanted “you don’t know what you’re doing” at Southgate.

The second consecutive defeat to the Hungarians left England without a victory in four Nations League matches.

Southgate has credit in the bank after taking England to the 2018 World Cup semi-finals and the Euro 2020 final.

But his position has been questioned and, on whether Southgate was the right man, captain Kane told Channel 4: “Without any question. That’s not a question I should even be answering if I’m honest.”

The heavy loss at Molineux left England bottom of their Nations League group, having only scored one goal in four games.

Kane said: “It was a disappointing night. In the first half I thought we actually created enough chances to score but it’s kind of been the story of our Nations League so far, we haven’t quite had that cutting edge.

“The second half was unacceptable. Once we went 2-0 down, to concede when we did. We’ve not had a camp like this but it’s not time to panic, it’s time to keep our heads up.

“We’ll look forward to a break now and come back stronger in September.

“It’s our first big defeat in a long time. Our defence has been the structure behind our success over the last four or five years. It was a night to forget of course but we’ve got to take it on the chin and move forward.

“At the end of the day we’re preparing for what’s going to be a big World Cup. That’s the most important thing. We’ll learn from it.

“Let’s not forget where we’ve come from. We got to our first final in 60 years nearly and got to a semi-final of a World Cup compared to where we were in the last 50 years. It’s not time to panic.

“Of course we understand the frustration. We want to win every time we put on an England shirt. We’ve got to take it on the chin. We’re not going to be perfect every game.”