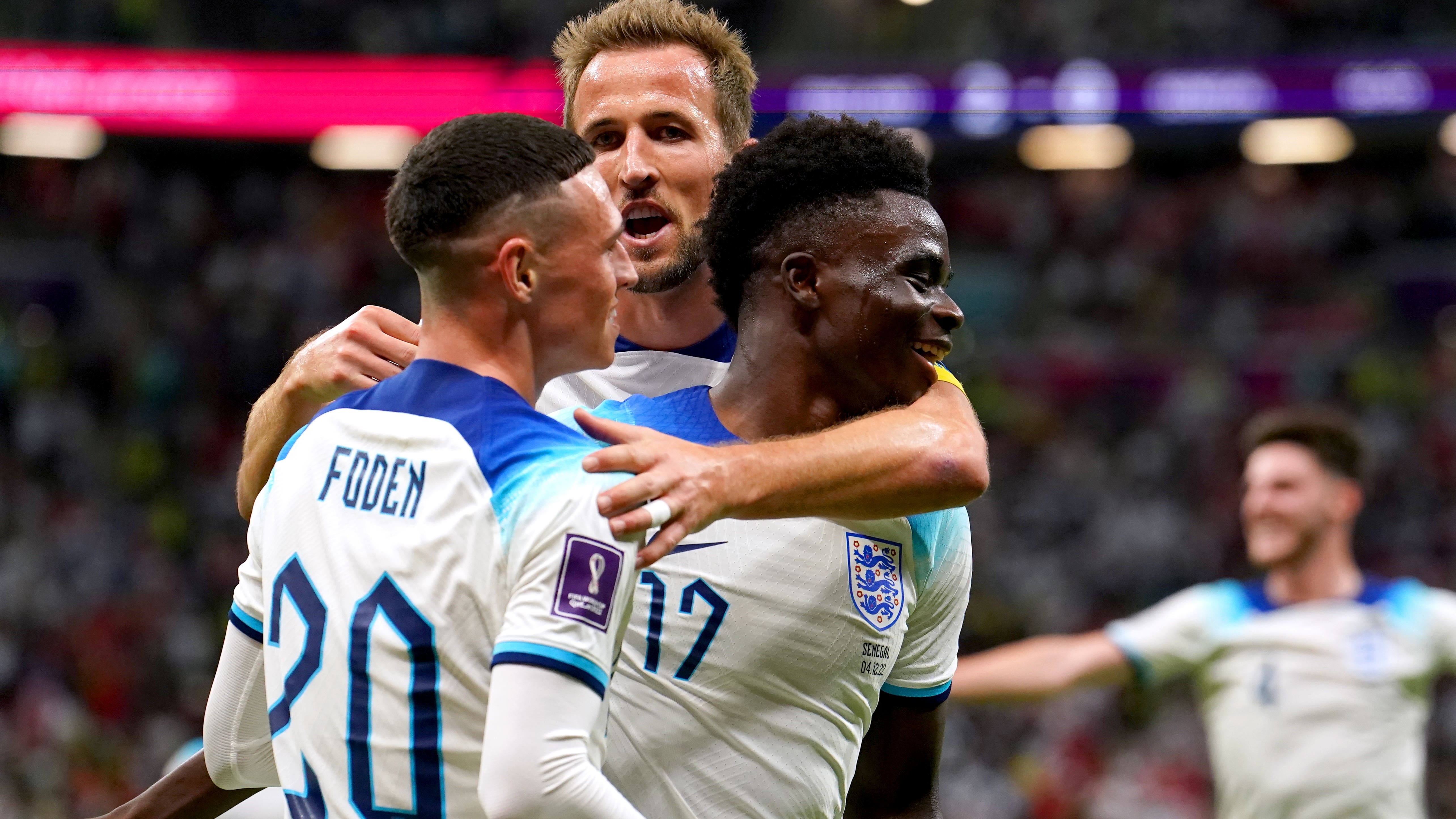 By Press AssociationDecember 5, 2022No Comments

England have the belief and ideal blend of youth and experience to beat World Cup quarter-final opponents France, according to captain and “proud older brother” Harry Kane.

Kane produced three assists in the group stage in Qatar and got off the mark himself in Sunday’s last-16 win over Senegal, the 2018 Golden Boot winner lashing home the second goal in the 3-0 victory on the stroke of half-time.

England’s 12 goals have come from eight different players with Kane and fellow veteran Jordan Henderson finding the net against Senegal to join the likes of young stars Jude Bellingham, Phil Foden, Marcus Rashford and Bukayo Saka on the scoresheet.

“I feel like we’ve got a great mix between experience and youth and when you look at the teams that have won big tournaments, that’s what they’ve had,” Kane told the Lions’ Den.

“To see the boys play how they’re playing I’m almost like a proud older brother or something like that. I don’t want to say dad, that’s a bit too far, but I’m 29 and I’m one of the oldest in the team.

“France is going to be a tough game for sure. They’ve had a really good tournament so far themselves, they’ve got some great players.

“To win a World Cup you’re going to have to play some really good sides and France are definitely that, but we have belief. We’ll recover for the next couple of days and then we’ve got Wednesday, Thursday, Friday to prepare for what’s coming.

“Like all the tournaments we’ve played it’s on to the next one. Back in the Euros beating Germany and teams like that, you just have to go into the (next) game full of confidence.

“We’re not getting carried away but it’s a chance to play in a semi-final of a World Cup. We’ve been there before and hopefully we can try and make that happen again.”

Kane’s goal against Senegal was his 52nd for his country and means he is just one away from equalling Wayne Rooney’s all-time England record.

“I’m excited to hopefully do it,” Kane added. “If it can be in this tournament then great, because it means the team are probably doing well as well. We’ll have to wait and see but it was nice to get one step closer.

“I was lucky enough to be playing when Wayne broke the record and I saw how much it meant to him.”