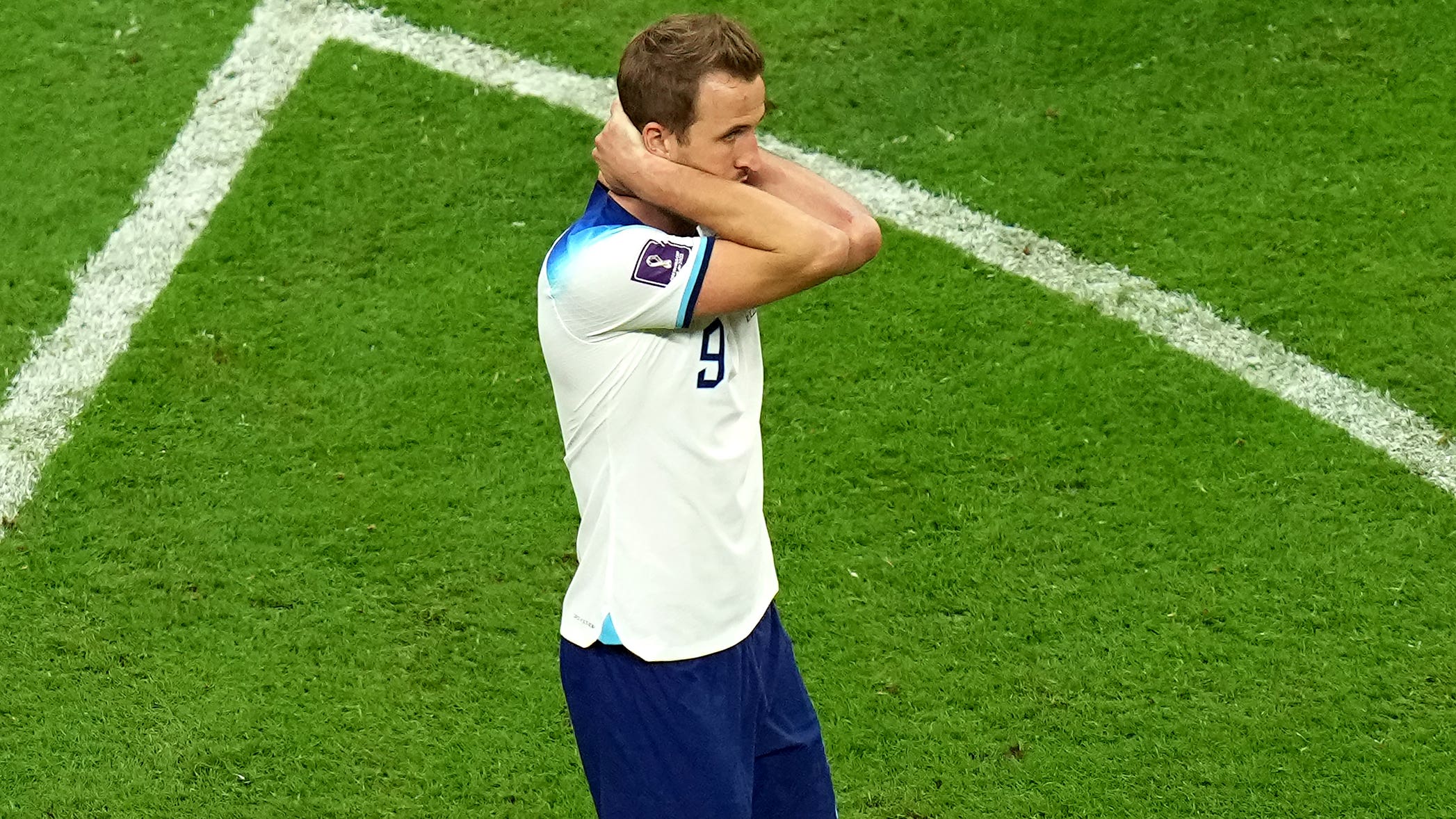 Harry Kane took responsibility for England’s World Cup quarter-final exit at the hands of France and has given manager Gareth Southgate his full backing.

England captain Kane skied a penalty as France won 2-1 at Al Bayt Stadium to set up a semi-final clash with Morocco.

Having earlier equalised Aurelien Tchouameni’s fine opening strike with a well-taken spot-kick, equalling Wayne Rooney’s England scoring record in the process, Kane blazed over a second after Olivier Giroud’s deflected header had put France back ahead.

His miss came with just seven minutes of normal time remaining as England failed to make it to consecutive World Cup semi-finals for the first time.

“It is a really tough night to take,” Kane said in the aftermath of the loss.

“I am gutted, the team are gutted. We had full belief that we could achieve something special at this World Cup but it came down to small details.

“I thought on the night we had the better chances and better spells in the game. It comes down to execution. As captain, I take it on the chin and responsibility missing the penalty.

“It is hard to take for sure but I can be proud of the group, proud of each other for what we’ve done. This will hurt for a while but we will dust ourselves down to get ready in the future.”

Rooney congratulated Kane on matching his tally of 53 goals, adding on Twitter that “he’ll be on his own soon”.

Some pundits suggested Kane should have handed the ball to a team-mate for the second penalty, awarded after a VAR check following a barge on substitute Mason Mount – but the Tottenham forward said he had no doubt over stepping up again.

“I am someone who if I prepare, I prepare for whether I get one or two penalties,” he said.

“I can’t fault my preparation or detail in the lead-up. I felt as confident on the first as I did the second.

“It comes purely down to execution so I will take it on the chin and of course it hurts now, and it will hurt for a long time, but that’s part of being captain and a leader in the team.

“You have to take responsibility and I will take that for today.”

Having taken England to the World Cup semi-finals in Russia four years ago and losing the Euro 2020 final to Italy on penalties last summer, Southgate has changed the nation’s fortunes in knockout football.

There will be questions now over whether the 52-year-old should remain in charge – but Kane insists England’s players are in full support of their boss.

“I think it has been a really positive tournament,” he said.

“Of course, it has ended now in the quarter-final and it felt like we could have done more. If you look at the performances and the way the team has been, it has been exciting to watch. I think we have a really bright future.

“We love having Gareth as a manager. We want him to stay for sure but that’s his decision. I am sure he will go away and think about that.

“We’ve got a great team, great young players, players coming into their prime and we’ve got a Euros not too far away. As much as this hurts, we have to move on and look forward to that.

“He hasn’t spoken about it; I haven’t spoken to him about it. Like I said, now we are hurting and rightly so.

“He will go away and think about that. That’s his decision. He will talk to his family and friends and make that decision. From the players’ point of view, we are really happy with the manager.”