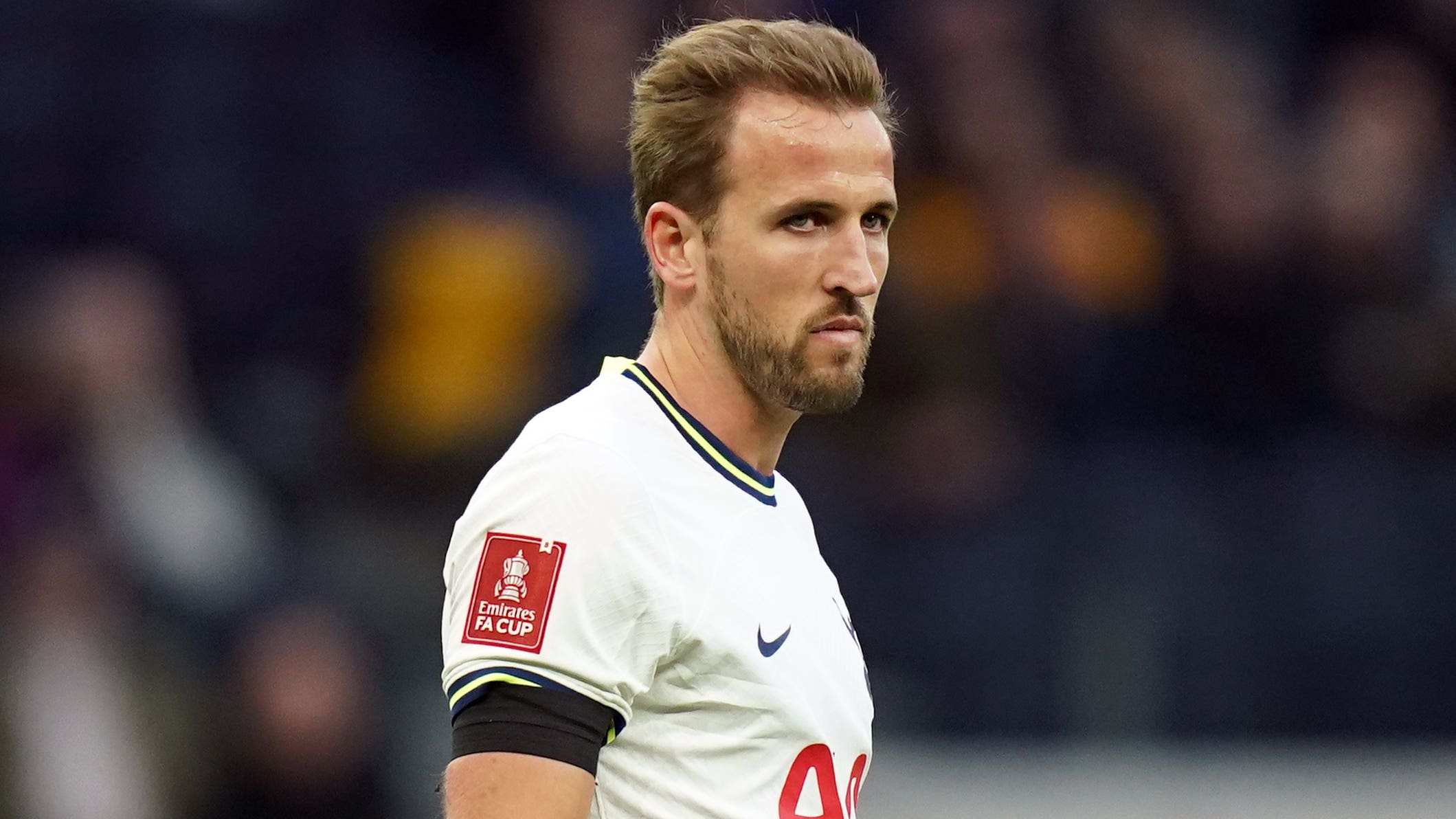 Harry Kane insisted he was trying not to think about becoming Tottenham’s record scorer after he moved within one of Jimmy Greaves’ tally with the only goal in a 1-0 win over Portsmouth.

Kane’s 50th-minute curled effort in the FA Cup third-round tie took him up to 265 goals for Spurs and within touching distance of Greaves’ feat, which has stood since 1970.

It helped Antonio Conte’s side edge past a dogged Pompey side, who sacked manager Danny Cowley on Monday after a poor run in Sky Bet League One.

“I try to not think about it,” Kane told BBC Sport about Greaves’ record.

“Sometimes you can think too much. Obviously I feel in good form and I feel fit. My mindset is to help the team and hopefully the goals will come.

“It was a tough game. We were clear favourites and people probably expected a bigger score but credit to them, they stayed compact and made it difficult.

“We thought after the first it might open up but they stopped us getting the second one. It’s good to get through – that was the objective – and we’ll see who we get next.”

Kane’s strike was his 17th goal of the campaign and made it four in four games since he returned from the World Cup where his missed penalty saw England exit the competition in the quarter-final stage following a 2-1 defeat to France.

Tottenham assistant Cristian Stellini, who again filled in for boss Antonio Conte after Friday’s death of former-Juventus team-mate Gianluca Vialli, said: “Harry is amazing. When you see Harry play, you feel and enjoy the football.

“I am not impressed because this is the type of player (he is). He is an amazing player.

“This is football. If you take a penalty you can miss but you have to go through the next game. He has the mentality. To be an amazing player, you need to be like Harry.”

Spurs made seven changes from the midweek thrashing of Crystal Palace but struggled to break down a Portsmouth side who are languishing in the middle of the third tier.

An acrobatic volley by Reeco Hackett-Fairchild early on for Pompey was the best opportunity of a drab first half but Tottenham stepped up a gear after the break and soon after Emerson Royal had headed a Son Heung-min cross against the crossbar, Kane grabbed what proved the winner.

The England striker played a one-two with Ryan Sessegnon before he angled a shot into the corner.

Oliver Skipp should have added a second midway through the second half but blazed over after fine work by Bryan Gil.

Skipp was a late call-up for Yves Bissouma, who pulled out in the warm-up with a minor ankle knock to join Rodrigo Bentancur, Dejan Kulusevski and Richarlison on the sidelines. The latter three face a race against time to be fit to face Arsenal.

“Not for all the players we are so confident but we are confident we’ll recover someone,” Stellini added.

Pompey first-team coach Simon Bassey took on managerial duties in the wake of Cowley’s sacking and praised the team’s effort.

“Ultimately we got done by a world class player with a world class finish. It probably didn’t even count as a chance, so (I’m) really proud of them,” Bassey said.

“We had a plan for today and it nearly worked. We probably just lacked that one golden chance at our end.

“I think maybe (if) Harry Kane plays for us today then we would have gone through but I don’t think that will happen!”