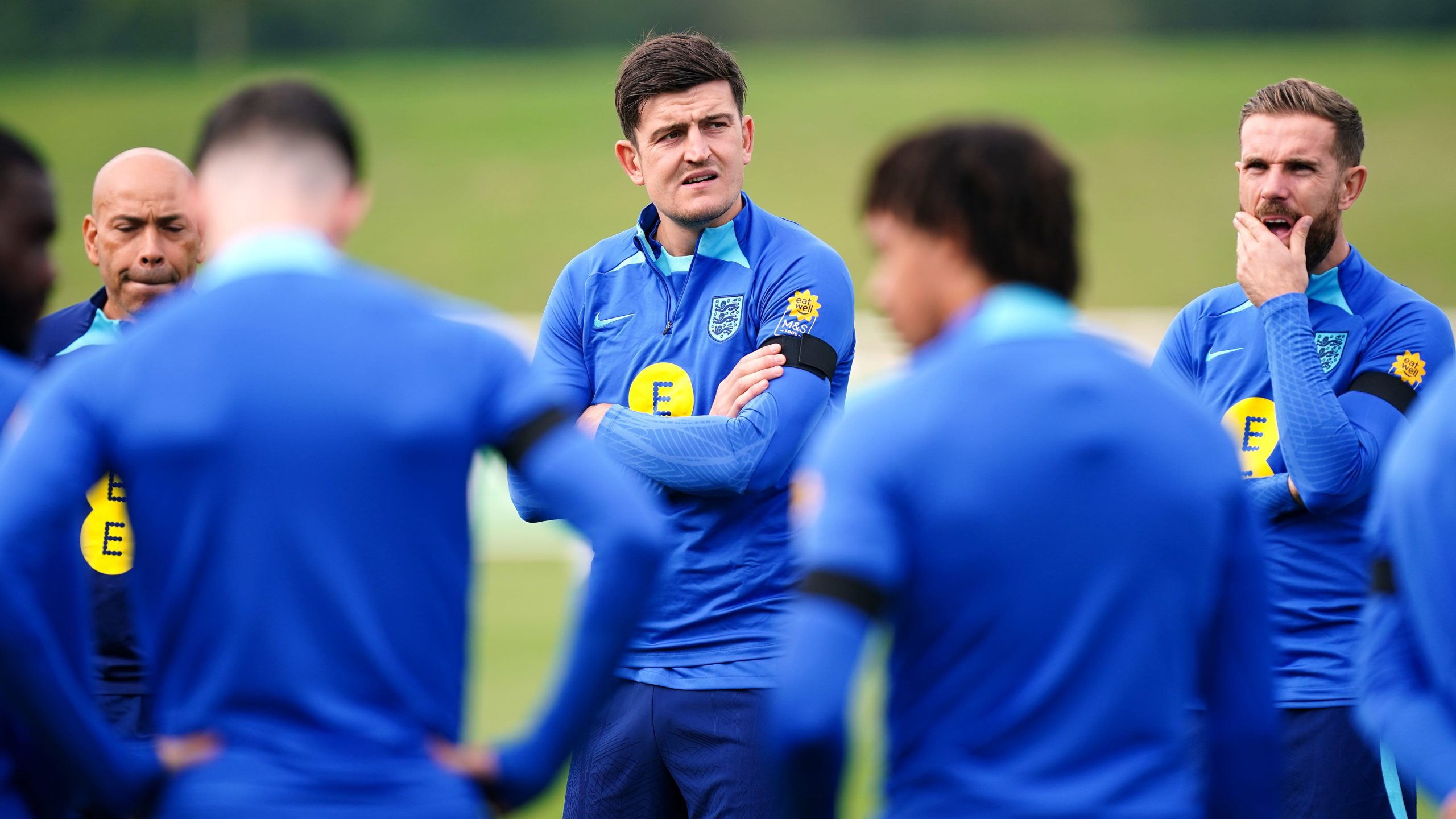 By Press AssociationSeptember 22, 2022No Comments

The world’s most expensive defender currently finds himself out of favour at Old Trafford, with Erik ten Hag dropping him to the bench after losing the first two matches of the season.

Maguire’s only start since then came in the Europa League loss to Real Sociedad and last Thursday he made an 89th-minute appearance against Sheriff Tiraspol in the competition.

Southgate included the 29-year-old in his England squad earlier that day despite his lack of action – one of several similar issues he is dealing with, which he likened to a situation England rugby coach Eddie Jones managed.

Reigning Gallagher Premiership champions Saracens were relegated at the end of the 2019-20 season following salary-cap breaches, meaning a number of key international players had to ply their trade in the second tier.

“I’ve just been reading Eddie Jones’ book and he had a similar situation with the Saracens players,” Southgate said.

“Even on reflection, he felt they were his best players and although they were undercooked, they were still going to be better than players that weren’t at the level.

“So I don’t think there are many players that aren’t here now that are at the level yet to go in and play.

“But he is an important player for us. I think it’s important to back our best players.

“The squad we’ve picked, there are a fair number of players you could argue we could have left out at this point but I think we wanted to keep that group together and to keep them involved, keep them feeling part of it.

“But also they know that, for some of them, that they need to be playing more regularly because now we’re only a few weeks on from pre-season so physically if they’ve had a few 90 minutes then that’s fine.

“Another seven, eight weeks, then that does start to become more complicated.”

Asked if he has spoken to Maguire about his current situation, Southgate said: “I haven’t felt the need to speak to him any differently to the rest of the players.

“I try and pick up individually with them all, that’s been a bit more complicated this time because we’ve got 28 so I’m getting there!

“Look, he understands that he’s at a big club, big transfer fee and captain of the club so I think that’s why the spotlight has been on him more.

“But he is focused on training well every day and getting himself back in the team.”

All of Maguire’s 46 caps have come under Southgate, for whom he has performed superbly during England’s run to the 2018 World Cup semi-finals and last year’s European Championship final.

“I think, look, you always have to back your judgement and we feel he is an important player,” Southgate said ahead of Friday’s Nations League match against Euro 2020 foes Italy.

“He is our most dominant aerial centre-back. Him and John (Stones) are incredible with the ball really – the amount of pressure they have taken for the team in tournaments we have played because we don’t always have that midfield pivot player who can progress the game.

“It means there is a huge amount more pressure on our centre-backs to use the ball well and those two are as good as any in world football at doing that.”