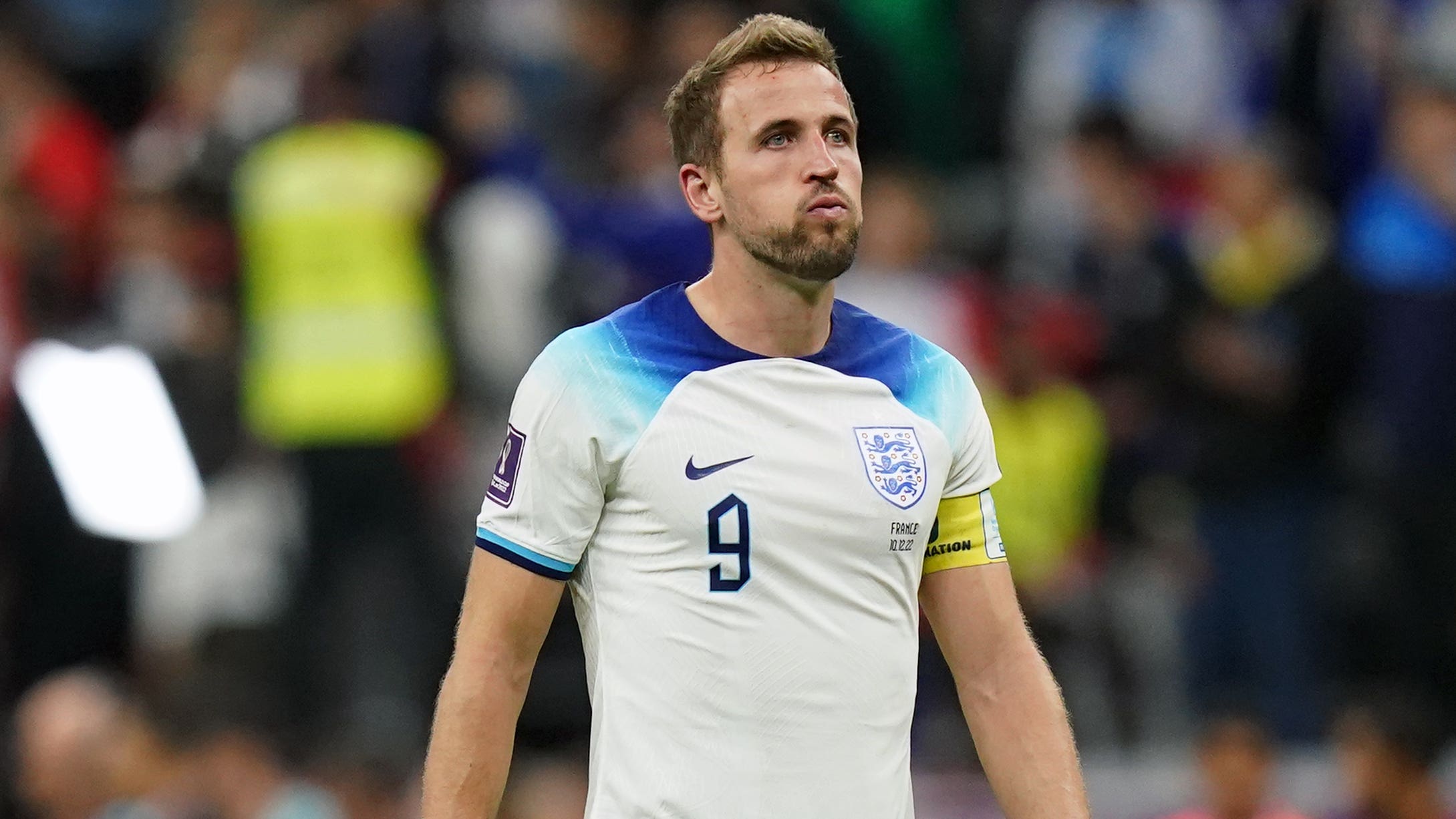 Harry Kane has been backed to overcome any trauma after his World Cup penalty miss.

The skipper missed his crucial second spot-kick with seven minutes left as England were knocked out by France on Saturday.

Kane had already scored from the spot to make it 1-1 – drawing level with Wayne Rooney’s record of 53 England goals – only to blaze over the second penalty after Mason Mount had been fouled by Theo Hernandez.

There was a lengthy VAR delay and it was taken against Tottenham team-mate Hugo Lloris but leading sports performance coach Jeremy Lazarus feels Kane will recover.

“It’s a big event, if there’s any residual ‘trauma’ or negativity he must find a way to deal with that, rather than keep it all in himself.

“It strikes me, just from what you see on TV, he’s a good, solid family man. He’s not going to go off the rails. He’s got a good support network around him. So, I think it’s up to him if there’s any residual, I’m going to call it trauma, with a small t.”

But Lazarus believes Kane was right to step up to take the spot-kick and not pass on the responsibility.

He said: “In any situation whenever there’s a second penalty in a match it becomes even more cat and mouse. Even more of a game of poker.

“That puts even more pressure on the striker, the goalkeeper in that situation is under no pressure at all.

“It’s interesting with the French players surrounding the referee for a good three or four minutes, which I think is probably a very smart tactic. So, Kane had a five, six, seven-minute delay, it was quite a long delay.

“So, that was possibly a factor. Maybe he felt it was he who had to take it because he’s the captain so he couldn’t pass it to (Marcus) Rashford, for example.

“Because there is an element of that and he is probably the best penalty taker but it’s the additional pressure.

“If you take the decision making away from the actual execution, he probably made the right decision, because otherwise he just puts the pressure on Rashford, for example.”