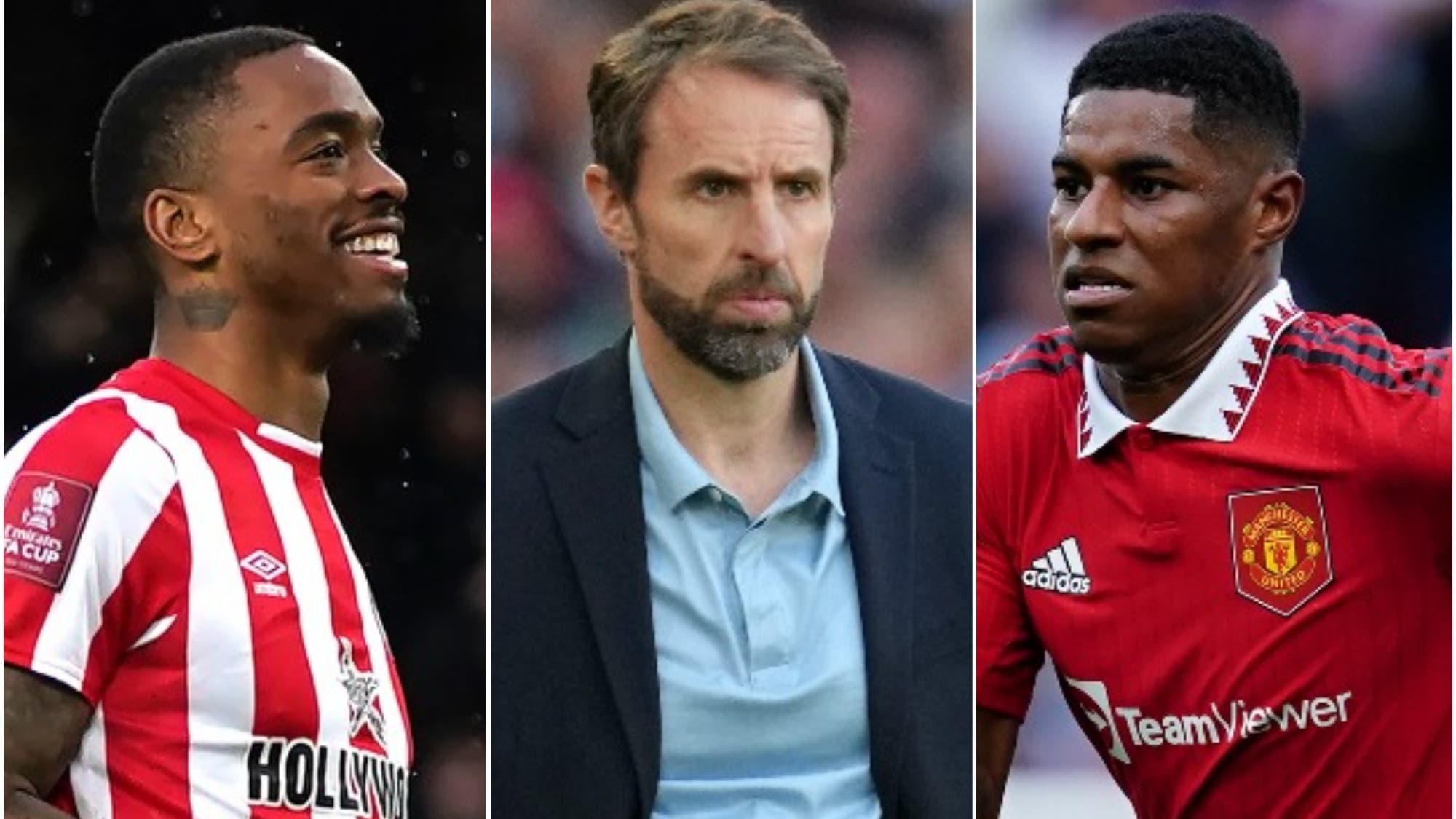 Gareth Southgate has handed Brentford striker Ivan Toney his first call-up and told the likes of Marcus Rashford there is still time to make the World Cup despite missing England’s final camp before Qatar.

This month’s Nations League double header against Italy and Germany will be Southgate’s last chance to work with his players before they meet up for November’s tournament.

There are just 67 days to go until the Group B opener against Iran and Southgate named an expanded 28-man squad for the two games .

Brentford sharpshooter Toney is the headline name in a group with some eye-catching inclusions and, in the case of Manchester United duo Jadon Sancho and Rashford, omissions.

“This is a bigger than normal squad and part of the rationale is that we are very close to a World Cup and we feel, although our results were disappointing in the summer, we have picked on the basis of form and capability over a long period,” Southgate said.

“There were certain players we wanted to keep involved this time, but that said, it doesn’t mean that this is the end for some of the others who aren’t involved.

“Marcus Rashford, for example, has shown some encouraging signs recently. He is a player we know well so if he can perform at a high level in the next few weeks, he of course will be under consideration.

“We have a number of players including Ben Chilwell, Luke Shaw, Harry Maguire and Kalvin Phillips who are not playing a lot of minutes with their club.

“It is not ideal, but we feel they have been, and can be, important players for us. It is not a perfect situation but there is still a lot of football to be played before Qatar.”

Rashford has not played for England since missing his penalty in the Euro 2020 final and has been sidelined with a muscle issue at an inopportune time given he had rediscovered his form under Erik ten Hag.

Sancho’s exclusion is more surprising given his improved form and fitness, with Southgate instead sticking with tried and tested attackers bar for Toney.

The 26-year-old has not represented his country at any level and went on a myriad of loans before impressing at Peterborough and shining for Brentford.

Toney has scored five goals in the first six matches of the season – the same as England captain Harry Kane, whose Tottenham team-mate Eric Dier could win a first cap since November 2020 following his recall.

“With Eric Dier, he has been playing well for a period of time,” Southgate said. “We think it is a really close call across our centre-backs and he has deserved to be back in the group.

“We know what a good character he is. He fits in with the culture and has great international experience and leadership qualities.

“With Ivan Toney, we have been tracking him for a long time. I had a good chat with Thomas Frank about him last season.

“His form and his qualities – not only his goalscoring but his technical ability, build-up play and aerial prowess – gives us a different threat to some of the other players we could pick.”

England are returning to action for the first time since June’s 4-0 Molineux mauling at the hands of Hungary, who also beat them 1-0 in Budapest at the start of that four-game slog.

Southgate’s side drew in Germany and at home to Italy in their other Group A3 matches, but will be relegated if they lose to the Azzurri at San Siro next Friday.

“Reflecting on the last couple of months, clearly as an international manger you don’t have any games to quickly put the disappointment behind you,” the England manager said.

“We have had a long period to reflect but now we are really looking forward to two high-quality matches that will be a great test for us and a crucial part of our preparation for the World Cup.

“It is only eight weeks until we will be naming our squad for Qatar so every minute counts.”

The Football Association decided against holding the traditional squad announcement press conference on Thursday as a mark of respect during the period of national mourning ahead of the Queen’s funeral.

“We recognise the country is still in a period of mourning and my thoughts remain with the royal family,” Southgate said.

“While it is important to explain some of our decisions around selection, we didn’t feel it appropriate to hold a full press conference, when it might divert attention from where people’s minds should be at this time.”