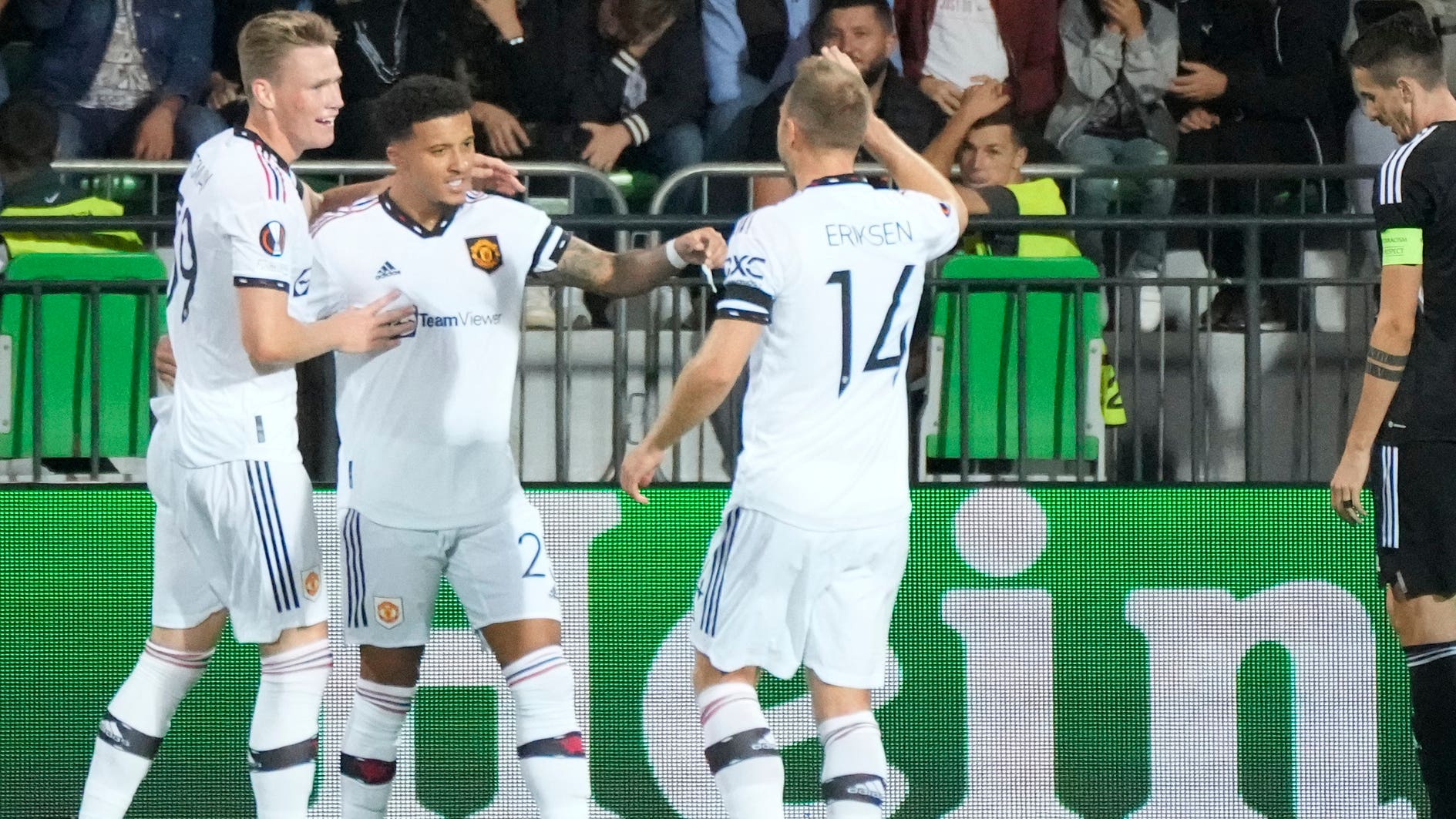 By By Andy Hampson PASeptember 15, 2022No Comments

The Manchester United midfielder was left out of Gareth Southgate’s squad for their upcoming Nations League matches against Italy and Germany on Friday.

That leaves the 22-year-old with little time and much to do to claim a place in the final group for this winter’s tournament in Qatar.

Yet he put the disappointment behind him to open the scoring for United in their 2-0 victory over Sheriff Tiraspol in Moldova in the Europa League on Thursday.

“That (the World Cup) is one of the targets,” Sancho told MUTV.

“It is unfortunate that I didn’t get the call-up but I have to keep focusing on myself and keep working hard, week-in and week-out.

Sancho, who celebrated his 17th-minute goal by holding up a shin pad given to him by a fan, also had a shot cleared off the line in a comfortable victory for United. Cristiano Ronaldo wrapped up the win with a penalty before the break.

It was United’s first victory in the competition after losing their Group E opener to Real Sociedad last week.

“Starting the campaign with a defeat was an upsetting result, so we knew this was a must-win,” said Sancho.