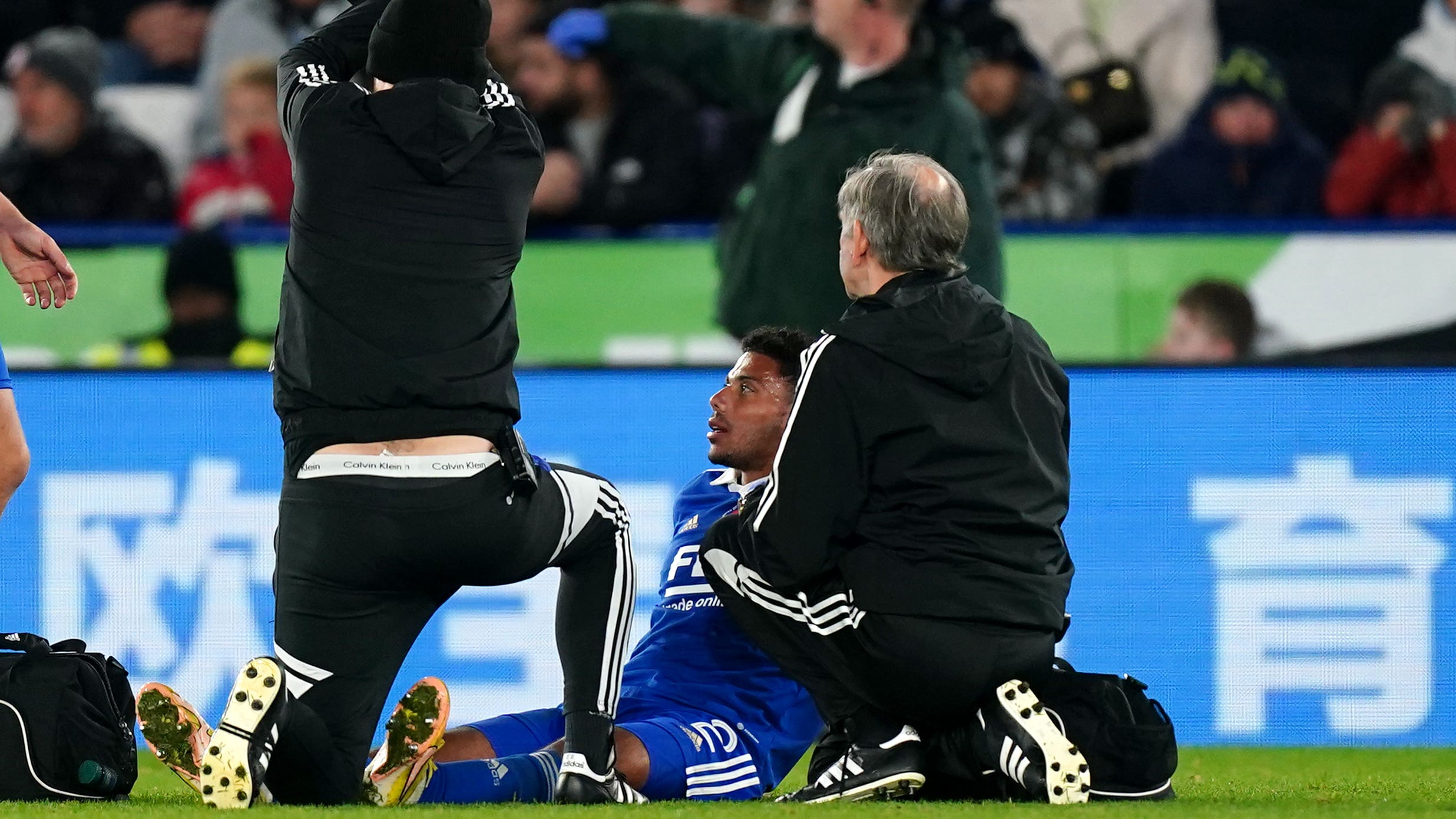 Leicester’s James Justin will have a scan on Wednesday to discover the extent of his injury after he was carried off against Newport.

The defender was forced off in the 3-0 Carabao Cup win after scoring the opener before Jamie Vardy’s brace eased the Foxes into the fourth round.

He was understood to be on Gareth Southgate’s 55-man long list for the World Cup ahead of Thursday’s final squad announcement.

“I thought JJ was excellent, he flicked over to the right having played on the left. His job was to be a little higher up to attack the back line more. He scored a wonderful goal, attacked the space and got a brilliant goal into the far corner.

“We’ll see what the diagnosis is once he’s been looked at and had the relevant scan. I thought his performance was outstanding.

“The mindset for this game was no different to a Premier League game, the complacency can be the biggest threat. We see surprises and shocks all the time in the cup competitions.”

Leicester dominated from the start but it took until a minute before the break for them to go ahead.

Justin – who had not scored since February 2021, the same month a serious knee injury ruled him out for nearly a year – collected Dennis Praet’s pass to cut inside and curl into the corner from 20 yards.

The right-back’s night then tuned sour when he went down on the halfway line after competing for a bouncing ball and was carried off.

Vardy added a second with 20 minutes remaining when he glanced in Marc Albrighton’s cross.

The striker grabbed his second after 82 minutes, latching on to Harvey Barnes’ ball and rounding Nick Townsend to fire in.

Newport boss Graham Coughlan said: “I didn’t think it was a free hit at all. We were here to compete, we are competitors and winners with a mentality that’s been building in that changing room.

“We were well within our rights to come here and get something from the game. That’s the thought process we have instilled in the last few weeks.”