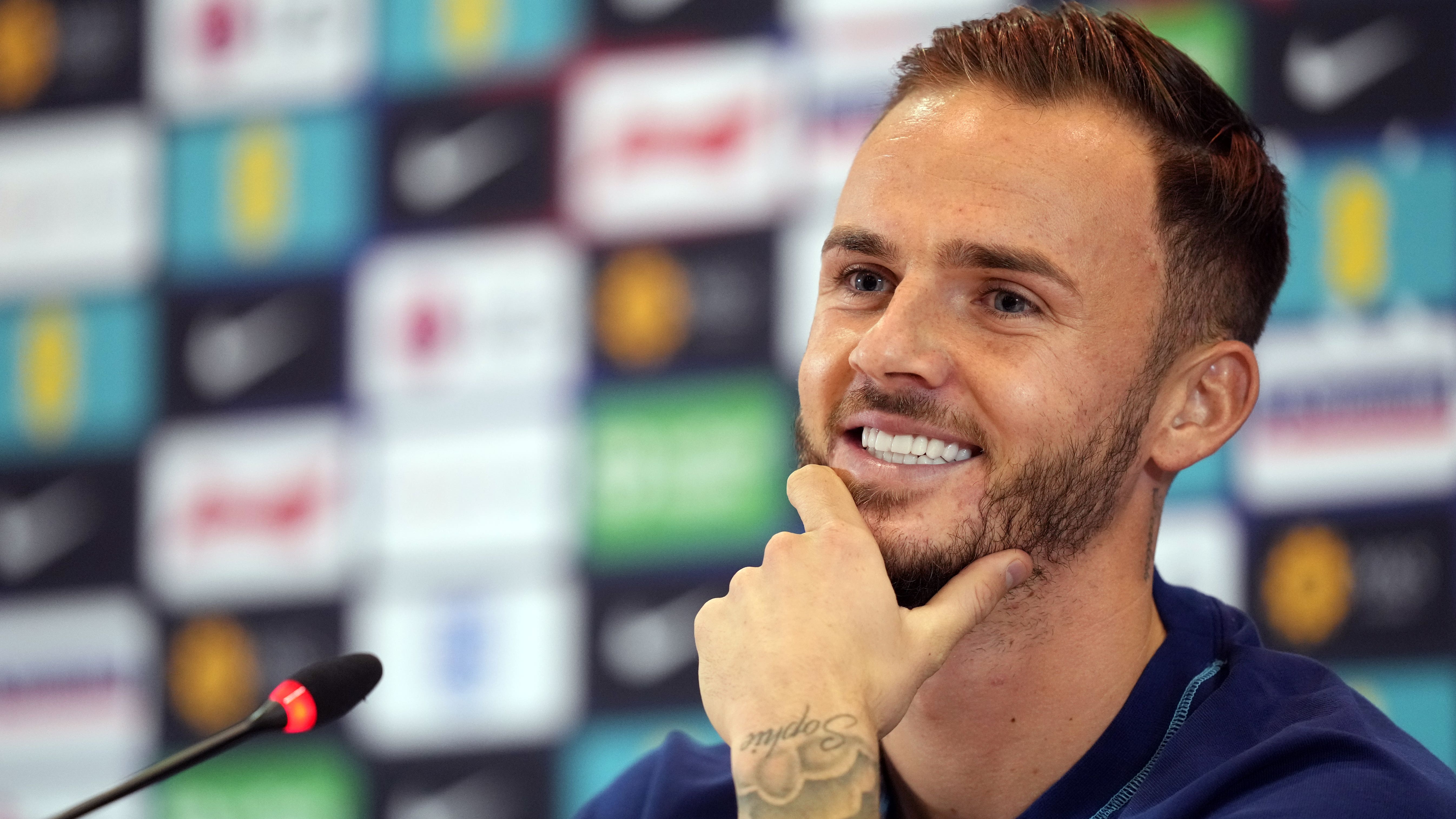 Despite the clamour for the in-form midfielder to be included in the squad heading to the Arabian Gulf, many expected the 25-year-old to be watching on from afar.

Maddison himself was braced to miss out having been overlooked during previous purple patches at Leicester, meaning he has yet to add to his debut cap as a substitute against Montenegro in November 2019.

However, the England boss admitted Maddison’s form was too good to ignore upon surprisingly ending his three-year international absence when naming his 26-man squad for Qatar last Thursday.

“We have seen with Gareth especially in the past that he has brought players back in if they’re in good form, and thankfully that was me for this tournament,” Maddison said.

“I managed to squeeze my way back into the squad, which I was very happy about. I don’t think at any point I thought it was a closed door and the opportunity had gone.

“It was just about staying hungry and almost using the rejection of not getting called up in previous camps as motivation to try and get back in and force my way back in.”

Asked if he had expected to be named in England’s squad last week, Maddison said: “I was kind of braced for both a little bit – I think the saying is almost like hoping for the best but preparing for the worst.

“I hadn’t been in a squad for three years and I’m not naive. I understand how it works and stuff.

“But I also had that hope, that I was playing, I was in good form, I was in goalscoring form. I’ve been a threat for a little while now on the pitch and was hoping for the good call instead of the bad call.

“There was obviously some players that missed out and stuff, but thankfully I was on the receiving end of a good phone call from Gareth and one that I’ll never forget.”

Maddison admits that conversation with Southgate was a bit of a blur, having gone back down to the dressing room after a meeting with Brendan Rodgers to see a missed call from the England boss.

“I had his number saved still,” he said with a smile, nodding to his extended absence from the squad.

Maddison said the call-up was “a bit of a head on the wall moment” that he followed with a deep breath and an emotional call with his parents.

“My dad actually cried – and he is not a crier! I don’t think I have seen him cry for years,” he said at England’s first press conference at their Al Wakrah base.

“They were happy tears, of course. Your family, your parents… they are on this journey with you, you know? When, in previous years, I have been left out of squads after I thought I might have had a chance and had that disappointment, it is spread across the family.

“Now it’s the opposite end of the scale with the happiness. It’s the same for them as well. On the day of the announcement, after training I wanted to go back and see them in Coventry.

“I had dinner at home with my mum and dad, my little boy and my partner. I wanted to see them. That’s a moment I will cherish forever. The phone call was a bit of a blur, I couldn’t tell you what Gareth said. It was a very heart in mouth moment.

“But I wanted to go back and see my mum and give her a big hug. It was a special day for all of us, one I will never forget.”

Maddison is now hoping to make his mark in Qatar after avoiding a heart-breaking injury just days after being named in the squad.

“It’s OK,” he said of the knee complaint that saw him substituted in Saturday’s win at West Ham.

“We had a scan the day before we met up. It was a positive scan. It wasn’t any major problems. I have to do a bit of work to get up to speed with the physios here but it should be no concern.”