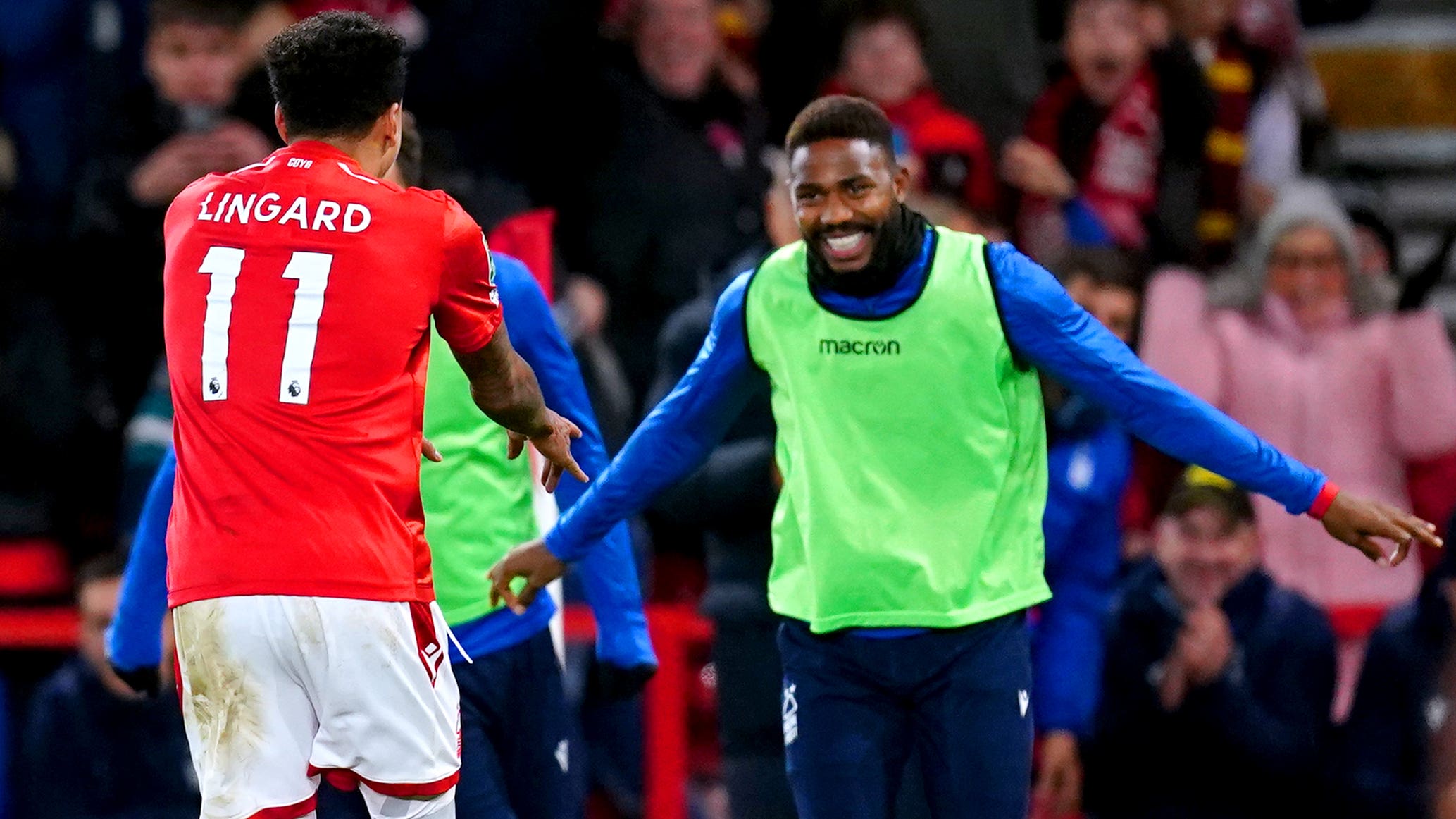 Jesse Lingard finally broke his Nottingham Forest duck as he scored in a 2-0 win that dumped sorry Tottenham out of the Carabao Cup.

Lingard has had an underwhelming start to his Forest career after his surprise free transfer in the summer and had not scored or made an assist in his opening 12 appearances – but he put that right on a memorable night at the City Ground.

The former Manchester United forward headed home from close range in the second half, seven minutes after Renan Lodi curled in to give the Reds a deserved lead on a humiliating night for Spurs.

This competition was a credible chance for Antonio Conte’s men to end their trophy drought but this was a dismal display.

Forest, who had to play the final 14 minutes with 10 men after Orel Mangala had been sent off, may be bottom of the Premier League but they have a rich history in the League Cup, having won it four times, and now at the last-16 stage, they will begin to dream again after a resounding victory.

Tottenham showed their intent by naming a strong team, with no hint of a rest for Harry Kane, who has started every game this season.

Forest made nine changes but started strongly and could have gone ahead inside the opening 10 minutes.

Davinson Sanchez’s attempted clearance crashed into Taiwo Awoniyi and the ball deflected past Fraser Forster into the post, with the Spurs goalkeeper forced to sprawl across goal and keep out Lingard’s header from the rebound.

It was another nondescript start from Spurs, who have been dogged by poor first-half performances recently, and Forest continued to push as Lingard had an effort deflected over and then Forster saved at point-blank range from Joe Worrall.

Spurs managed to get in the game, though never really threatened before the break apart from when Ivan Perisic’s cross found its way to Matt Doherty at the far post and the Irishman’s first-time effort was beaten away by Wayne Hennessey.

Conte’s men, who have now gone eight games without scoring in the first half, would have been hoping for a customary strong showing after the break, but it did not come as Forest started strongly.

Lingard stung the palms of Forster before a deserved breakthrough came in the 50th minute.

Forest won possession back high up the pitch and played the ball out to Lodi, who was allowed to advance on goal and cut inside before curling a delightful finish into the far corner.

The hosts were rampant and only a brilliant stop with his feet by Forster denied Sam Surridge a second.

But there was no stopping Forest as Lingard finally got his first goal for the club in the 57th minute, nodding in from close range after Surridge sent Serge Aurier’s cross back across goal.

Kane was promptly withdrawn in a seemingly pre-planned substitution, which did little to help Spurs’ chances of a comeback.

Forest’s night was marred by Mangala’s stupid red card in the 76th minute as he picked up a second yellow card for scything down Richarlison.

It did not prove costly, though, as Spurs could not mount a recovery, with Richarlison seeing an effort ruled out for offside.