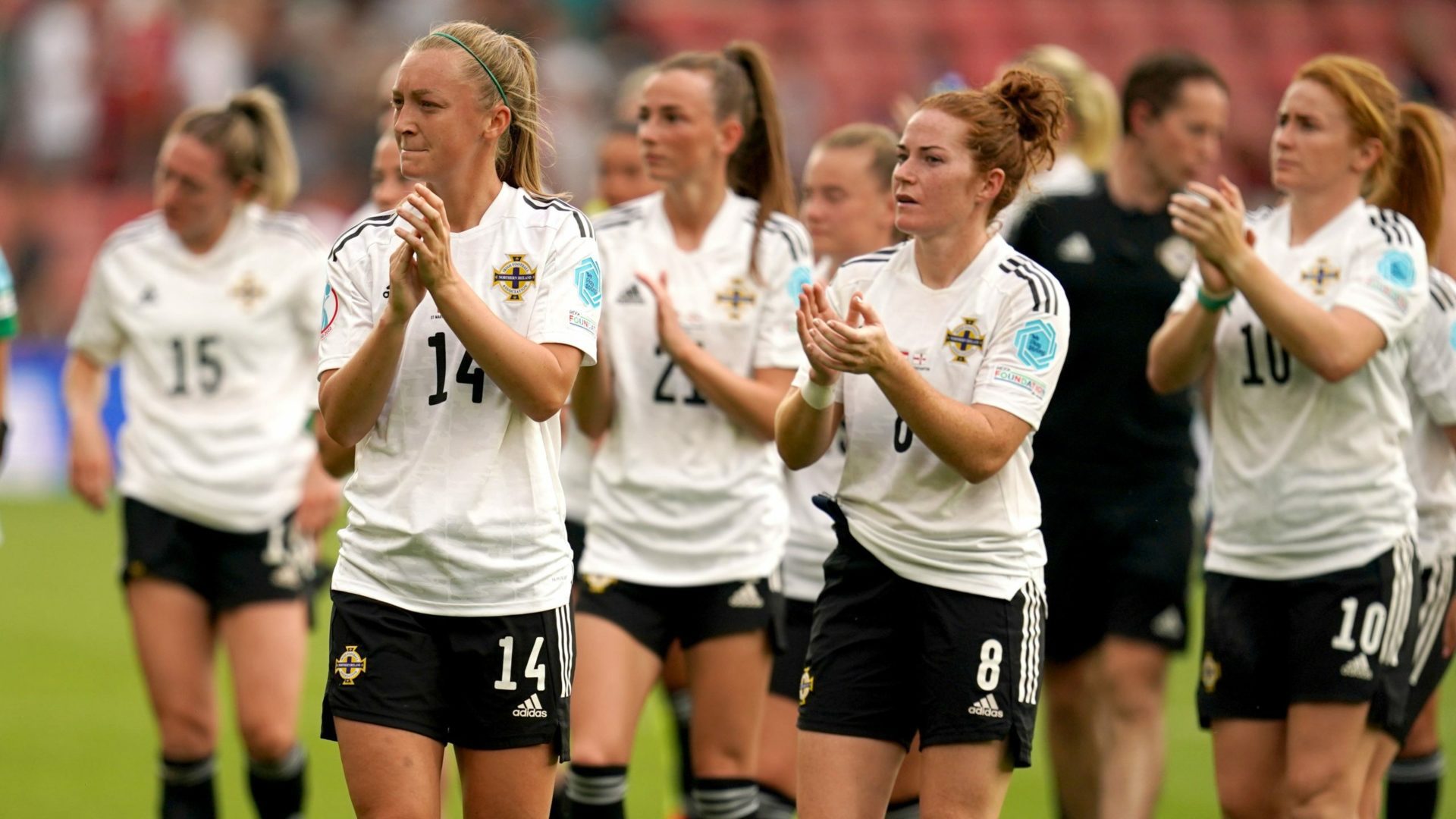 By Press AssociationJuly 12, 2022No Comments

The championship debutantes’ hopes of reaching the knockout stages were extinguished on Monday evening by a 2-0 defeat to Austria.

Kenny Shiels’ side, who were beaten 4-1 by Norway in their opening fixture, finish Group A on Friday against formidable hosts England.

Glentoran player Andrews is one of seven women aged 22 or under in the Northern Ireland squad and desperate for further chances on the big stage.

“For so many of us to be in this squad at this tournament at such a young age, we’ve got a taste of it now and it’s only made us hungrier and we’ve so much desire to qualify again,” said the 20-year-old, who came off the bench against the Austrians in Southampton.

“This can’t be a one-time thing, it can’t be: ‘remember that time Northern Ireland qualified for a major tournament?’.

“We have to push now and really kick on and make sure this happens again in the future.

“We know now what it takes to get here and hopefully we can put things in place to do it again.”

Northern Ireland rarely threatened to score against Austria but remained in the contest until two minutes from time when substitute Katharina Naschenweng added to Katharina Schiechtl’s first-half opener.

They were subsequently knocked out of the Euros after England secured top spot in the group thanks to a record-breaking 8-0 thumping of Norway along the south coast in Brighton.

The competition’s lowest-ranked nation will return to St Mary’s for a third and final time at the end of the week for a daunting showdown with the Lionesses.

England have won all 10 of the previous encounters between the teams, scoring 54 goals and conceding just two.

Andrews, who “dipped in and out” of watching Sarina Wiegman’s side humiliate the Norwegians, is braced for a tough assignment from what is effectively a dead rubber.

“England are top class and I think they showed why they are one of the favourites for the tournament, so it’s a massive ask for us,” she said.

“But we know it’s our last game in this tournament, we’ll leave it all out there.

“They just showed their quality (against Norway) really. I think that can happen to any team but we know we’ll set up, we’ll be really tight and we’ll close down spaces for them to exploit us as hard as possible.”

Andrews featured in a 5-0 World Cup qualifying loss to the Lionesses in April in Belfast.

“It’s definitely the hardest match I’ve ever played in so Friday will probably top that again,” she continued.

“It’s an unbelievable effort but I think as a group we’ll rally around each other. We’ve been in this situation before. We know what it takes and we’ll give everything.”