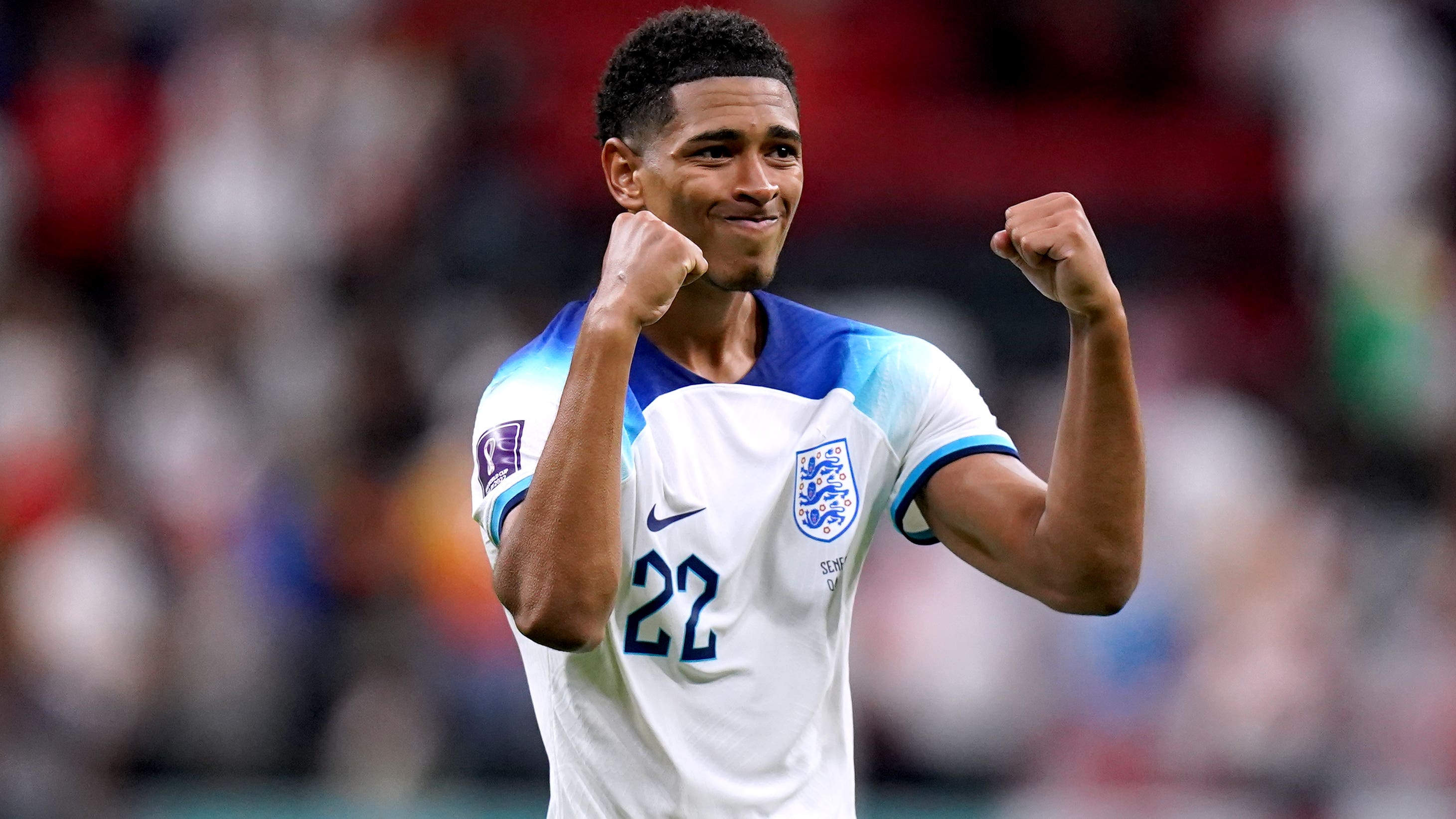 Jude Bellingham’s ‘self-belief was like no other’, says former coach

Jude Bellingham “pushed the boundaries” as a precocious teenager.

As a 13-year-old he embarrassed coaches, demanded more from his older team-mates and was destined for the top.

Now, the Borussia Dortmund midfielder is starring at the World Cup for England ahead of Saturday’s quarter-final with France in Doha.

It comes as no surprise to Marcos Painter, Birmingham Under-16s coach, who managed the 19-year-old as he played two age levels above and matured beyond his years.

“He had such a fearlessness as a 13-year-old and his confidence and self-belief was like no other,” Painter told the PA news agency. “You’d see him demanding the ball off big characters in the group of under-16 players.

“You wouldn’t normally see that from a young lad, they’d be quite timid and reserved but Jude was so demanding. It wouldn’t matter what age group he was with, he would still be that demanding youngster that we see now.

“There were certainly times in the under-16s where he pushed the boundaries.

“At times it was how he would speak to fellow teammates, it could push the boundaries in the sense of it’s a little bit on edge so it’s: ‘Oh, back off a bit’.

“It was nothing personal and he never fell out with anyone. It was always a case of he was just so desperate to win and be the best. It would be borderline at times but there was no malice in it.

“It’s a development process and every youngster will have their moments of difficulty and the moments where they thrive but there was always unbelievable talent and character there.”

Painter came through Birmingham’s academy himself, making 11 appearances before joining Swansea in 2007 and playing for Brighton, Bournemouth and Portsmouth.

While the 36-year-old points out he was never on the same trajectory as Bellingham, he understands the pressures of breaking through as a local boy.

“You do carry that expectation and you’re going to have a lot of the stadium filled with family and friends. In my case I had many of my friends and family who are big Blues fans,” he said.

“It was always a talking point and there’s always conversations to be had about results and performances.

“It was tough at times because you sometimes just want to play the game and escape from talking about football 24/7. You have the pressures to deal with but Jude is different, he relishes that.”

But the former left-back remembers the time when Bellingham, who scored his first England goal in the opening 6-2 win over Iran, made a personal impression.

“It was pre-season and it was a head tennis tournament,” he said. “We had a number of different nets set up, you win, get promoted and you go up the pitches. You lose the game, you go further down.

“Obviously being a staff member, I thought I’d position myself on the top pitch to start with so, initially, I was beating most of the youngsters.

“He was crowned the head tennis king for that day. I don’t think anyone else will remember it but I certainly haven’t forgotten.”