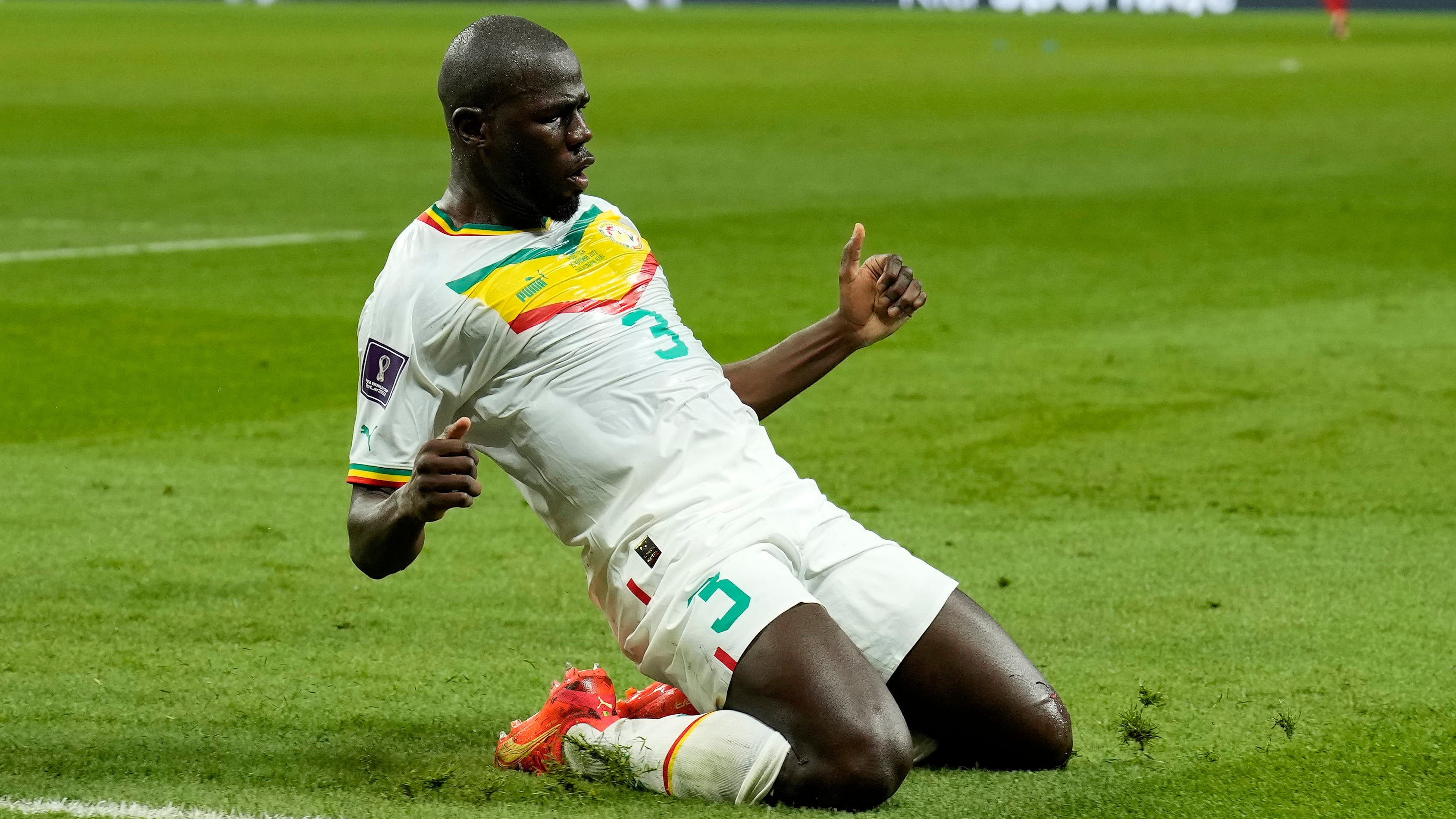 Kalidou Koulibaly scored a second-half winner as Senegal beat Ecuador 2-1 at the Khalifa International Stadium to finish second in Group A and book their place in the last 16 of the World Cup.

Watford forward Ismaila Sarr kept his cool to slot in a penalty spot just before half-time, but Brighton midfielder Moises Caicedo equalised in the 68th minute.

Senegal, though, were soon back in front when captain Koulibaly fired the ball home following a free-kick to send his side into the knockout stage – and a potential showdown with England.

Former West Ham and Everton striker Enner Valencia – scorer of three goals in the first two games – shook off an ankle problem to start for Ecuador, who would have qualified with a draw.

Senegal, the 2021 Africa Cup of Nations champions, had a great chance inside the opening two minutes when the ball ran through the penalty area to Idrissa Gueye, but the Everton midfielder dragged his shot wide.

Youssouf Sabaly then played Boulaye Dia into the right side of the box, but his low, angled shot went across the face of goal and past the far post before Sarr cut in from the left and curled a shot wide of the top corner.

Senegal, who beat hosts Qatar after losing their opening group match against the Netherlands, were awarded a penalty just before half-time when Piero Hincapie collided into Sarr.

The Hornets frontman got up to take the spot-kick himself and calmly rolled the ball past Ecuador goalkeeper Hernan Galindez.

Ecuador coach Gustavo Alfaro looked to make a positive change for the second half as he sent on both Jose Cifuentes and Brighton winger Jeremy Sarmiento.

After seeing lots more possession, Ecuador equalised in the 68th minute when Brighton midfielder Caicedo lashed the ball in from close range following a corner.

Senegal, though, were soon back in front from a set-piece of their own with 20 minutes left.

Chelsea defender Koulibaly arrived at the far post to fire home his first international goal when a deep free-kick had been knocked back across the six-yard box.

Ecuador went on the offensive again as Aliou Cisse’s men sat back to protect their lead.

While Ecuador pushed forward, they looked vulnerable on the counter, with Dia firing just wide as the Lions of Teranga held out for a memorable victory to reach the knockout stages of the World Cup for the first time in 20 years.