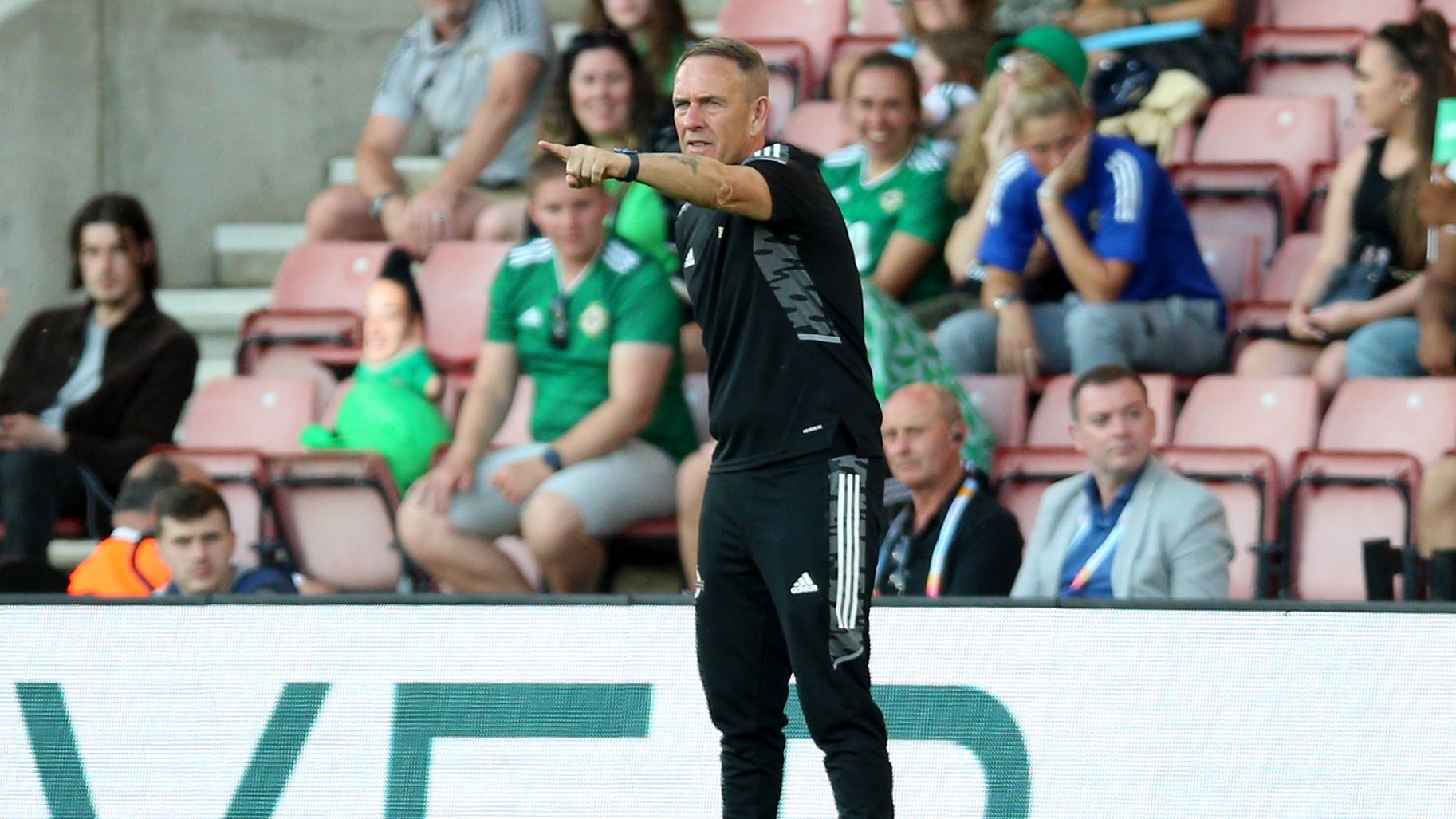 Northern Ireland manager Kenny Shiels described UEFA’s decision to appoint a Nordic referee for his side’s Euro 2022 clash with Norway as a “boo-boo” following a 4-1 thrashing in Southampton.

During a bizarre post-match press conference, Shiels appeared to take issue with Finnish official Lina Lehtovaara awarding the Norwegians a first-half penalty after being alerted to Nadene Caldwell’s handball by VAR.

The 66-year-old accepted the decision to give the spot-kick, converted by Caroline Graham Hansen to make it 3-0, “probably” was correct but still questioned Lehtovaara’s suitability for the Group A fixture.

Asked to clarify his peculiar complaint, he later dismissed the concerns as a “passing comment”, telling reporters “don’t worry about it”.

“We made mistakes, we were 2-0 down and then they get a penalty where the ball hits the player in the upper arm and the Nordic referee, who was refereeing a game involving a Nordic team, gave the penalty,” said Shiels.

“But I don’t for one minute say it was because she was the referee. I’m just saying those statistics were there and it made it really hard for her to referee and UEFA are very precise and they tell you what to do and they are so exact that I think that was a boo-boo.

“But most referees under the new ruling would probably have given it anyway but I’m just saying that it was tough for us.”

Asked directly whether Lehtovaara was an unsuitable selection, he replied: “I’m not blaming that for our defeat by any stretch but I’m just saying I don’t think we should talk too much about that because it’s a side event.

“I’m just talking to you as people; people with the same types of feelings that we all have.

“It’s not a big thing, it’s just a passing comment, so don’t worry about it.”

A difficult evening for the competition’s lowest-ranked side was compounded by forward Simone Magill leaving the field in tears due to a knee injury, with Shiels fearing the worst.

“Our thoughts are focused on Simone Magill,” he said.

“It’s her knee. I’m a football coach, not a doctor but I don’t think the signs are good.”

Norway – winners of this competition in 1987 and 1993 – moved level on points with hosts England after outclassing Shiels’ underdogs.

“The last Euros was a disaster for us, we didn’t even score a goal, we went home after the group stage, so to be able to bounce back and get a good start was important for everyone” said the 27-year-old Barcelona star.

“I think everybody who was there in 2017 felt the relief today when we scored the first goal.

“It’s just a pity in the end we didn’t get one or two more on the scoresheet because I think we deserved that but if everything was perfect in the opening game, it would be too good to be true so it’s normal that we have some stuff to work on.”