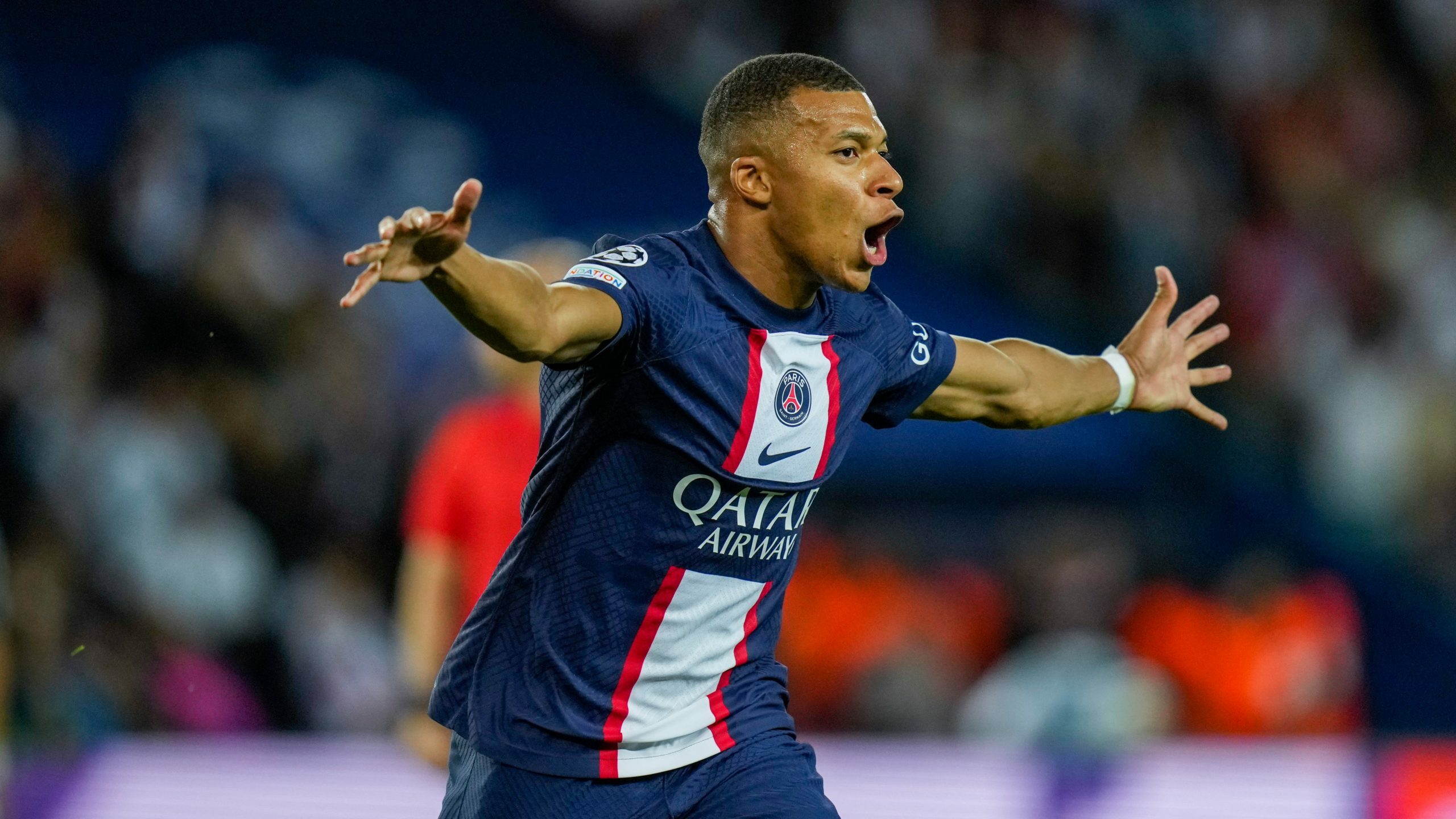 The France international took just five minutes to put his side in front after running on to Neymar’s through-ball and he doubled his tally with just 22 minutes gone.

Half-time substitute Weston McKennie reduced the deficit with a 53rd-minute header, but could not prevent the Serie A outfit from slipping to a 2-1 Group H defeat.

They are joined at the top of the group by Benfica, who won 2-0 at home to Maccabi Haifa thanks to goals from Rafa and Alejandro Grimaldo.

Erling Haaland took his Champions League tally to 25 goals in 20 appearances as Manchester City cruised to a 4-0 Group G win at Sevilla.

Haaland, who scored a hat-trick on his debut for Salzburg in the competition and a double for Borussia Dortmund, opened his City account from Kevin De Bruyne’s 20th-minute cross and – after Phil Foden had made it 2-0 – helped himself to a second with 23 minutes remaining before being taken off by Pep Guardiola.

Defender Ruben Dias completed the scoring with his first in the competition to round off an impressive display.

Marco Reus and Raphael Guerreiro struck inside seven first-half minutes to set Borussia Dortmund on their way to a 3-0 home win over FC Copenhagen.

England international Jude Bellingham made sure of the points with seven minutes remaining and Copenhagen’s disappointment was complete when Rasmus Falk saw a late consolation strike ruled out by VAR.

The Croatia striker ran through a defence which included Wesley Fofana and Kalidou Koulibaly, who cost the Blues a combined £105million this summer, before lifting a 13th-minute shot over the advancing Kepa Arrizabalaga.

Reece James hit the post at the death as Thomas Tuchel’s misfiring side pushed for an equaliser, but Dinamo were not to be denied a 1-0 win.

The Blues sit at the foot of the group after Red Bull Salzburg and AC Milan drew 1-1 in Austria after Alexis Saelemaekers cancelled out Noah Okafor’s opener for the home side.

Having weathered an early onslaught from the hosts during which Callum McGregor fired against an upright, Real were dealt a blow when Karim Benzema limped off on the half-hour.

But it was they who broke the deadlock through Vinicius’ 56th-minute strike before Modric made it 2-0 on the hour and Benzema’s replacement Hazard added a third with 13 minutes remaining.

Marian Shved scored twice as Shakhtar Donetsk powered their way to a 4-1 victory at RB Leipzig.

Goalkeeper Peter Gulacsi handed Shved the opening goal when after he served up the ball to him in no man’s with 16 minutes gone and looked on in horror as he rolled it into the empty net.

Mohamed Simakan levelled with 57 minutes gone, but Shved struck again within seconds before Mykhailo Mudryk and Lassina Traore wrapped up the points.