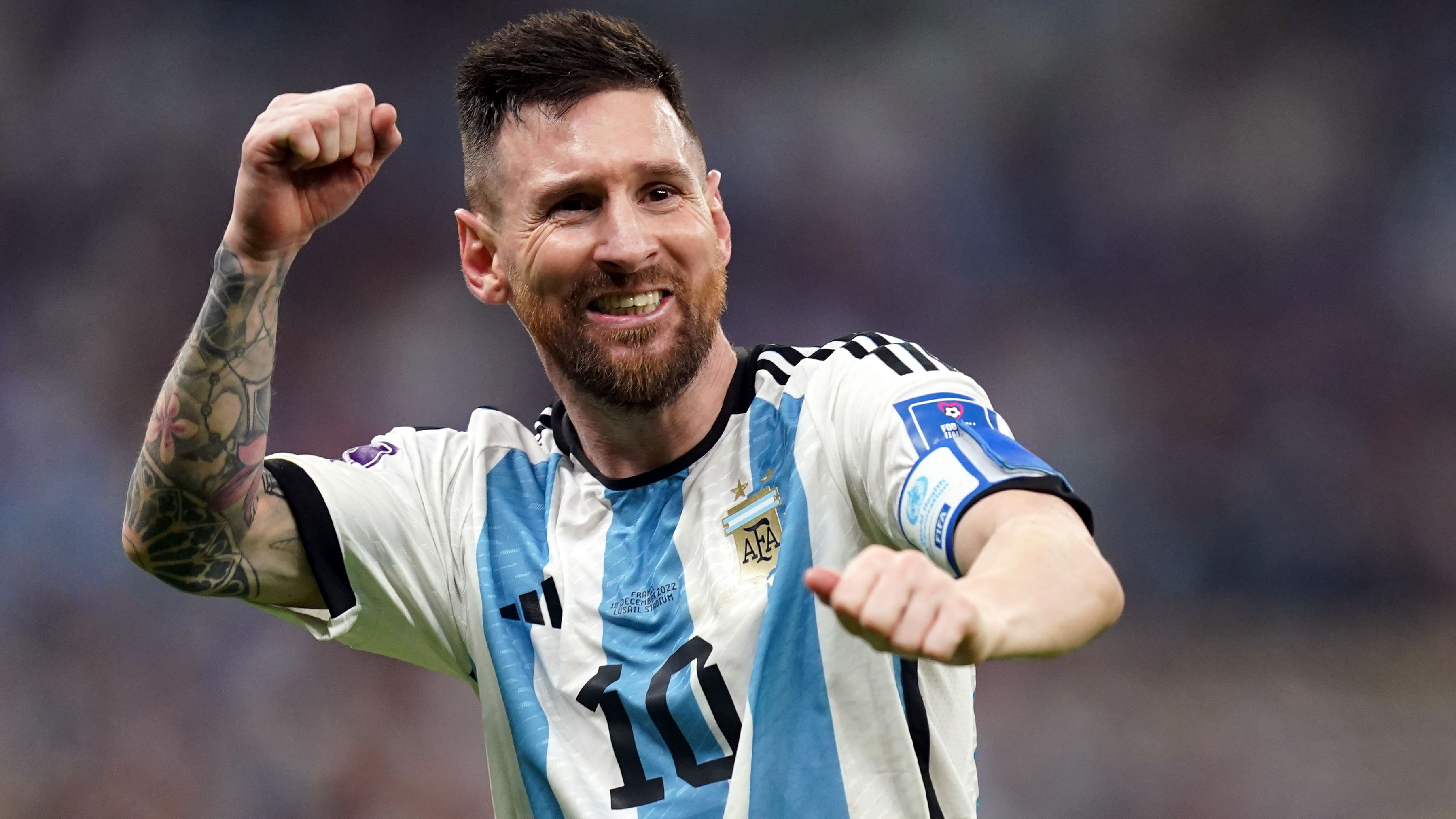 By By Tom White PA Sport Data JournalistDecember 18, 2022No Comments

Lionel Messi broke the record for the most World Cup appearances as he inspired Argentina to victory against France in Sunday’s final.

Messi’s 26th appearance at the finals since his debut 16 years ago took him past Germany great Lothar Matthaus’ mark.

Here, the PA news agency looks at his history on the game’s biggest stage after he added the trophy to his career roll honours list.

Messi was used mainly from the bench in his first World Cup as a teenager, coming on to score a late goal and round off a 6-0 win over Serbia – then known as Serbia and Montenegro.

He started against the Netherlands in Argentina’s final group game but was back as a substitute in the last-16 extra-time win over Mexico on his 19th birthday. He was not involved as the Albiceleste exited on penalties in their quarter-final against Germany.

By now a fully-fledged starter and wearing his trademark number 10 shirt, Messi played every minute of Argentina’s campaign but was kept off the scoresheet in all five games.

He did manage an assist for Carlos Tevez as they again beat Mexico in the last 16 – but once more they were eliminated in the next round by Germany, this time 4-0.

Germany continued to frustrate Argentina and Messi, but not before he had inspired them to the final at the Maracana home of arch rivals Brazil.

Messi played all but 23 minutes of his side’s seven games, scoring four goals and also netting in the penalty shoot-out that saw off the Netherlands in the semi-final. He was named player of the tournament for his efforts.

A disappointing tournament for Argentina under the management of Jorge Sampaoli, but Messi largely remained as impressive as ever.

He opened the scoring against Nigeria in their final group game as they bounced back from a 3-0 loss to Croatia with a vital win. Having drawn with Iceland in their opening match – a game in which Messi missed a penalty – Argentina had done enough to limp through to the last 16 but waiting for them there were Group C winners France, who came out on top of a 4-3 barnstormer despite two Messi assists.

With this winter’s tournament painted, Michael Jordan-style, as a ‘Last Dance’ for Messi, he was once more a talismanic presence and inspired Argentina’s run to the final after a shock opening defeat to Saudi Arabia.

The 35-year-old scored in six of their seven games – admittedly with the help of five penalties, netting four – and though France forward and Paris St Germain team-mate Kylian Mbappe pipped him to the Golden Boot with eight, Messi claimed the ultimate prize.

He added three assists, meaning he was directly involved in 10 of Argentina’s 15 goals, with his mesmeric run to set up the third against Croatia for Julian Alvarez arguably his most memorable contribution of another stellar tournament.

Messi’s spot-kick in the final made him the first player to score in the group stage, last 16, quarter-finals, semi-finals and final at the same World Cup.

Messi’s 21 combined goals and assists in World Cups – 13 goals and eight assists – are the most of any player on record according to data supplier Opta, which has assist data as far back as the 1966 tournament.