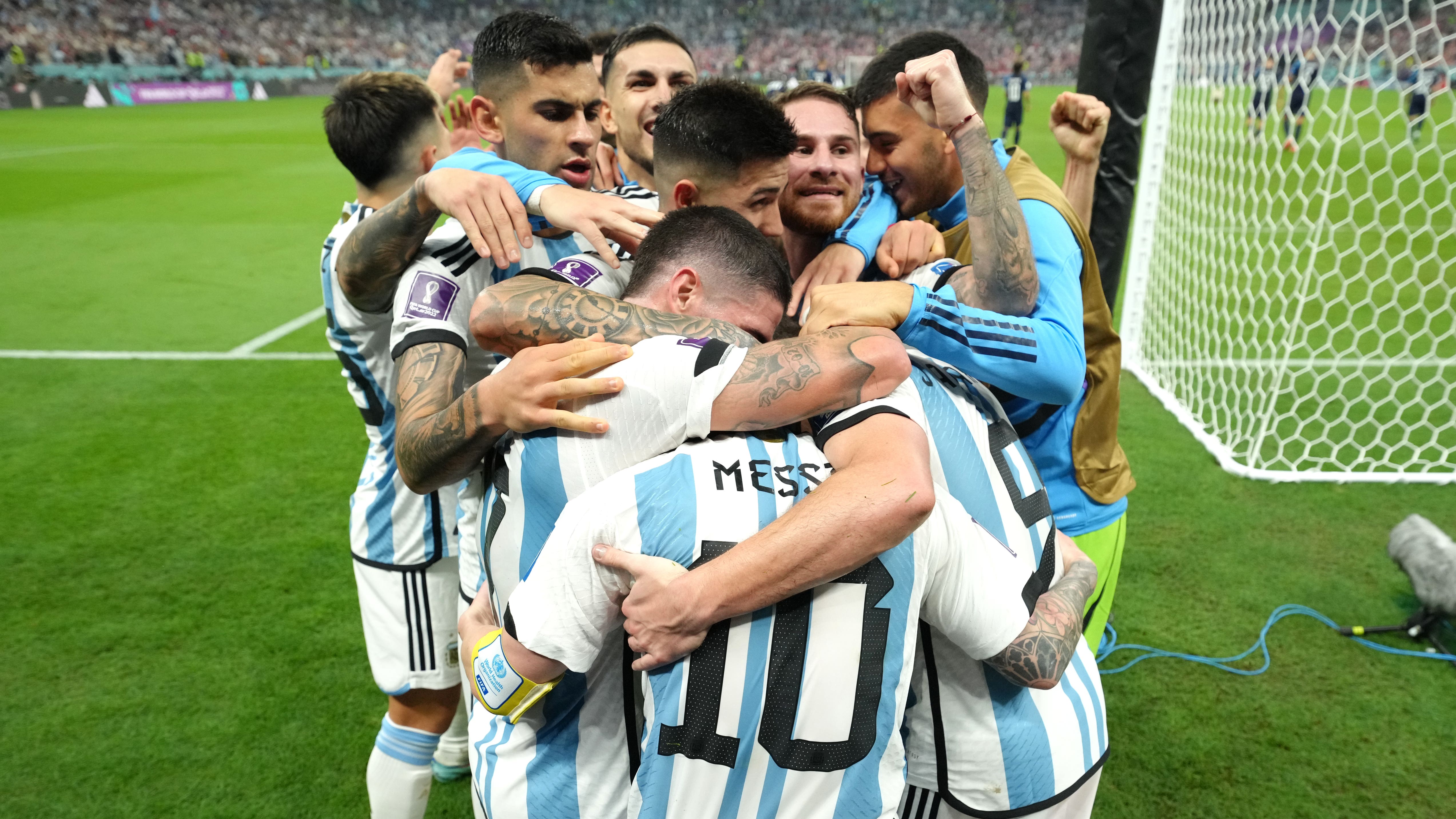 Lionel Messi will have the chance to crown his glittering career with a World Cup winner’s medal after opening the scoring in a magical display that helped Argentina comprehensively beat Croatia and reach Sunday’s final.

The 35-year-old is one of the greatest to ever grace the field and will get his shot at glory against France or Morocco back at Lusail Stadium in what looks set to be his last appearance on the world stage.

Messi scored from the spot before Manchester City forward Julian Alvarez ended a driven solo run with a cool finish, then benefitted from a brilliant assist by the skipper in a 3-0 semi-final win against Croatia.

The Paris St Germain star finished as World Cup runner-up in 2014 and his determination to finally get his hands on the trophy has been clear in Qatar, where thousands have flocked to cheer him in that quest.

Zlatko Dalic’s Croatia had begun the brighter in Lusail, only for Dominik Livakovic to clumsily bring down Alvarez and see Messi slam the resulting spot-kick past him.

Alvarez put Lionel Scaloni’s side further ahead before half-time, having raced from inside his own half to coolly direct home after benefitting from a couple of deflections and some weak defending.

The 22-year-old grabbed his second against the 2018 finalists after being teed up by Messi following some exquisite work by the skipper, whose side have the chance to join the heroes of 1978 and 1986 in immortality.

La Albiceleste have been backed to the hilt by their fans in Qatar, where relentless chanting and rhythmic drumming continued throughout a nervy start against Dalic’s slick, well-drilled side.

Veteran star Luka Modric was playing some incisive passes and Mateo Kovacic was a driving force in midfield, but that outstanding unit was lacking an elite striker.

That shot was soon followed by a chance to open the scoring from the spot after Alvarez raced onto a ball over the top, only to be flattened by Livakovic.

Referee Daniele Orsato pointed to the spot, booking the goalkeeper and the frustrated Kovacic and eventually sending off assistant coach Mario Mandzukic.

Livakovic went the right way but Messi’s powerful spot-kick was beyond him, nestling in the top right-hand corner in the 34th minute as he became his country’s top scorer in World Cup history.

The 35-year-old had already made history on Tuesday by merely stepping onto the field, equalling Germany great Lothar Matthaus’ record of 25 matches in the tournament.

Argentina pulled further ahead in the 39th minute as Croatia saw a corner routine blocked, leading to a break and Alvarez driving forwards from just inside his own half.

The 22-year-old kept his cool under pressure from Marcelo Brozovic just outside the box, ploughing on as meek Josip Juranovic and Borna Sosa clearances allowed him through to smartly prod past Livakovic.

Modric saw a shot blocked and Emiliano Martinez did well to prevent a Juranovic attempt creeping in just before the break.

Dalic made two changes for the second half as Croatia pushed to reduce the deficit, but their lack of a frontman continued to hamper them.

Livakovic denied Messi from an acute angle as Argentina sought to expose gaps – although their skipper can find spaces where few thought any existed.

The captain burst past Gvardiol after showing impressive close control in the 69th minute. The talented Croatia defender eventually got back, only for Messi to turn him and cut back for Alvarez to slot home.

That strike ended the contest. Ivan Perisic saw a driven free-kick saved and Modric was applauded by both sets of fans as he was withdrawn.

Mac Allister volleyed wide and substitute Lovro Majer tried his luck as the match wound down, with Argentina’s bench jumping in unison with their fans’ chants before the final whistle sparked wild celebrations.