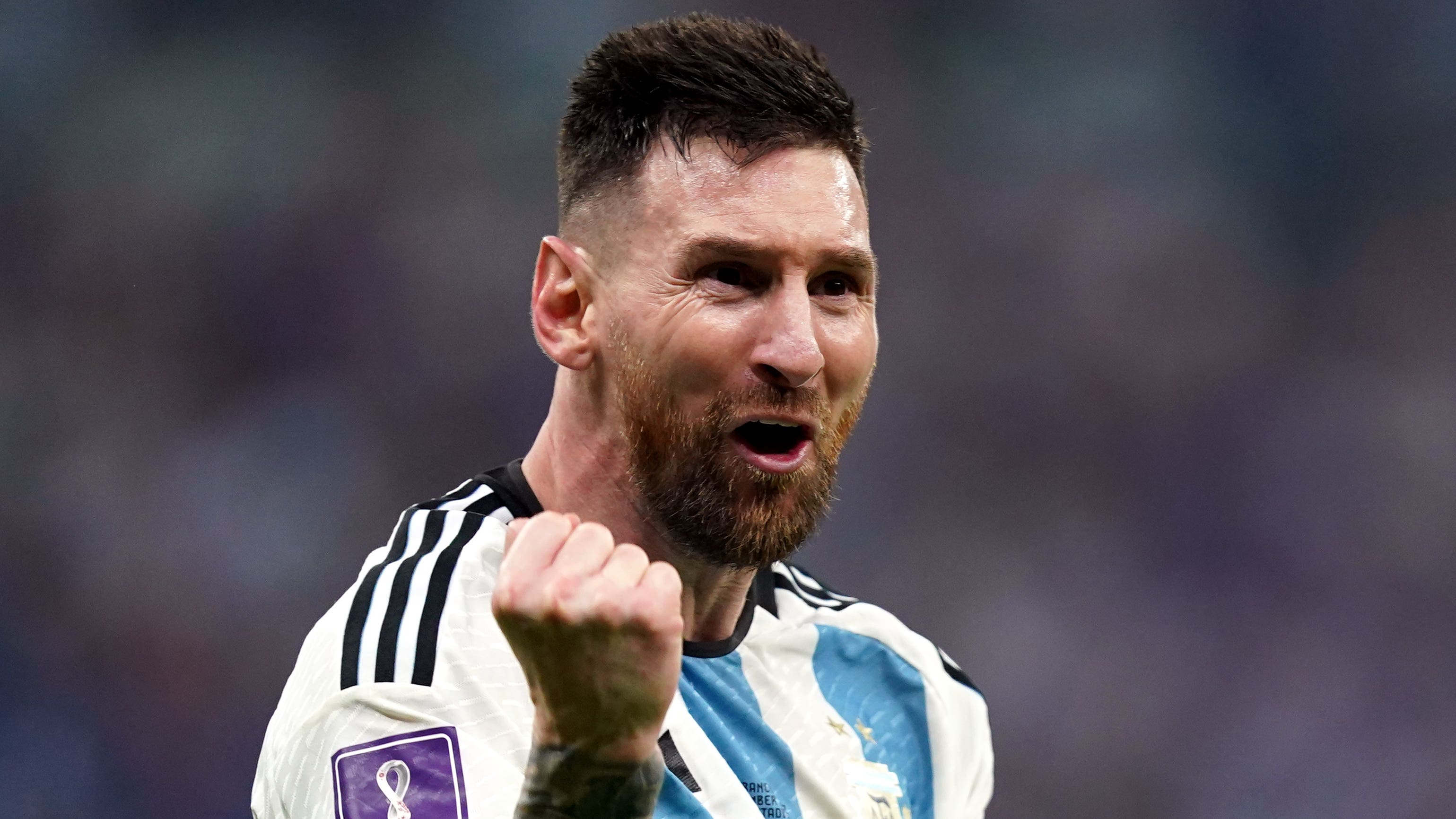 Lionel Messi’s individual saga to conquer the globe came to pass on the edge of a city of the future, at a World Cup unlike any other and in a final where he led Argentina to a barely-believable 4-2 penalty shoot-out victory over France.

The 35-year-old had one final chance, one last dance on the world stage to win the trophy that would set him apart from any contemporaries who could claim to lay a glove on his legacy.

The fact Kylian Mbappe, the one true pretender to his crown, became just the second man to score a World Cup final hat-trick – winning the Golden Boot in the process – will still play second billing to Messi says it all.

Mbappe’s second, a fine finish to take the game into extra-time, came after the rarest of sights – a Messi mistake.

He would not go gentle into that good night, however, the right man in the right place at the right time to strike in extra-time and seemingly settle a final for the ages.

Mbappe was on hand, though, to strike another penalty, to level at 3-3 and take this final of all finals to a shoot-out, where, of course, he would calmly slot home.

No-one has graced this competition more times than Messi, making his 26th – and expected to be last – appearance at the World Cup.

If it is to be his final outing, what better way to bow out?

Holding aloft the World Cup, the first man to score in the round of 16, quarter-final, semi-final and final of the same edition, to just about edge a hat-trick hero and French treasure off the back pages.

Argentina fans flocked to Qatar en masse, outnumbering almost any other group of supporters across the finals; out-singing, out-drumming, outdoing their counterparts.

They were here because they knew they could be about to witness something special, pictures that will stand the test of time, images to be shown in montages and murals for the ages.

Their shirts were nearly all emblazoned with the same five letters, the identical two digits – ‘MESSI 10’ – had the monopoly on replica kits that filled the majority of the 88,966 seats filled inside the Lusail Stadium – the jewel in the crown of Qatar’s pop-up World Cup.

Mbappe had been hopeful of leading France to the top of the mountain for the second time in succession but he will have to be content with the tag of the leader of the next generation for a while yet – Messi can empathise.

In 2010, he had already won four LaLiga titles and two Champions League finals with Barcelona but watched as six of his fellow La Masia graduates secured World Cup glory with Spain.

Four years later and he came within touching distance of matching them, captaining Argentina as they reached the final in the backyard of fierce rivals Brazil – only to see Mario Gotze’s extra-time goal take the trophy out of his grasp and to Germany instead.

Here in Qatar, however, he seemed determined to drag a workmanlike, dogged, efficient and altogether more pragmatic La Albiceleste outfit over the line.

Messi did not do it all on his own – Arsenal reject Emiliano Martinez starred between the posts, Enzo Fernandez emerged as one of the most energetic and tenacious midfielders at the finals, Angel Di Maria was on fire and Alexis Mac Allister was putting Brighton on the map of world football.

But this was – and forever will be known – as Messi’s World Cup.

Argentina had been stunned by Saudi Arabia in their first game, one of the greatest World Cup shocks in history, but Messi and company recovered.

At one point during the finals, Argentina coach Lionel Scaloni said he would only rest Messi if he asked to come off in a game – as if he ever would.

This is his stage, this was his moment and – like the famous trophy he hoisted into the Qatar night – he seized it with both hands.

Mbappe already has a World Cup winners’ medal in his collection and will challenge for more in the future, but on this night even he was outshone by Messi the magician as Argentina truly became the land of Diego and Lionel.