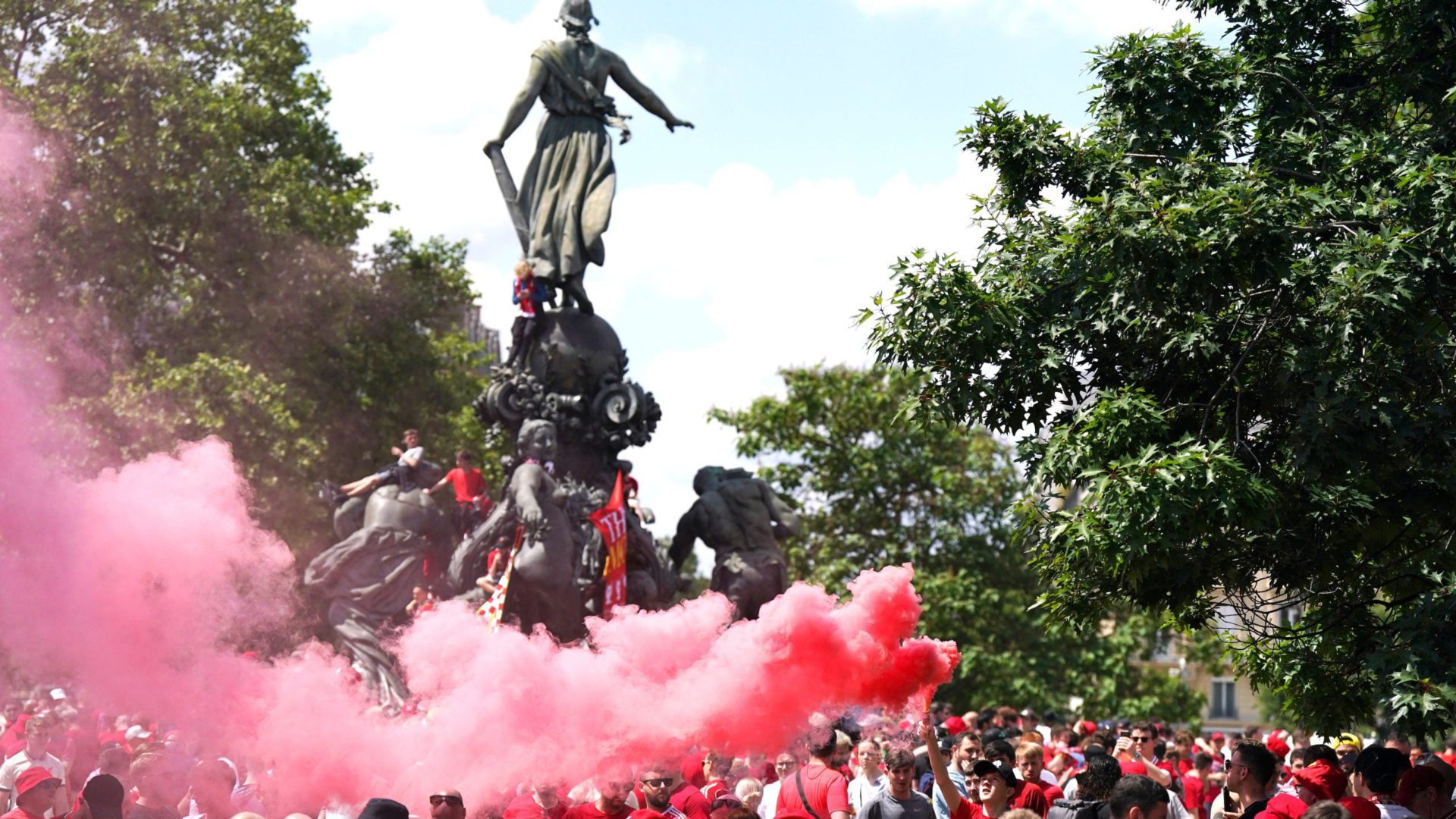 4.20pm – Real Madrid will be looking to spoil Jurgen Klopp’s party. The Spanish giants, LaLiga champions this campaign, have produced a fair amount of drama en route to the showpiece following sensational comebacks to defeat heavyweights Paris St Germain and Manchester City. They also know what it takes to win the European Cup having done so on 13 occasions.

4.06pm – Thousands of Liverpool fans are in the French capital for the club’s third European final in five seasons. Having seen their quadruple attempts end last week as Manchester City won the Premier League, the Reds are looking to wrap up a treble after wins in the Carabao Cup and FA Cup this term.

4pm – Good afternoon and welcome to live coverage of the Champions League final between Liverpool and Real Madrid in Paris. Stay here for all the latest from the Stade de France.