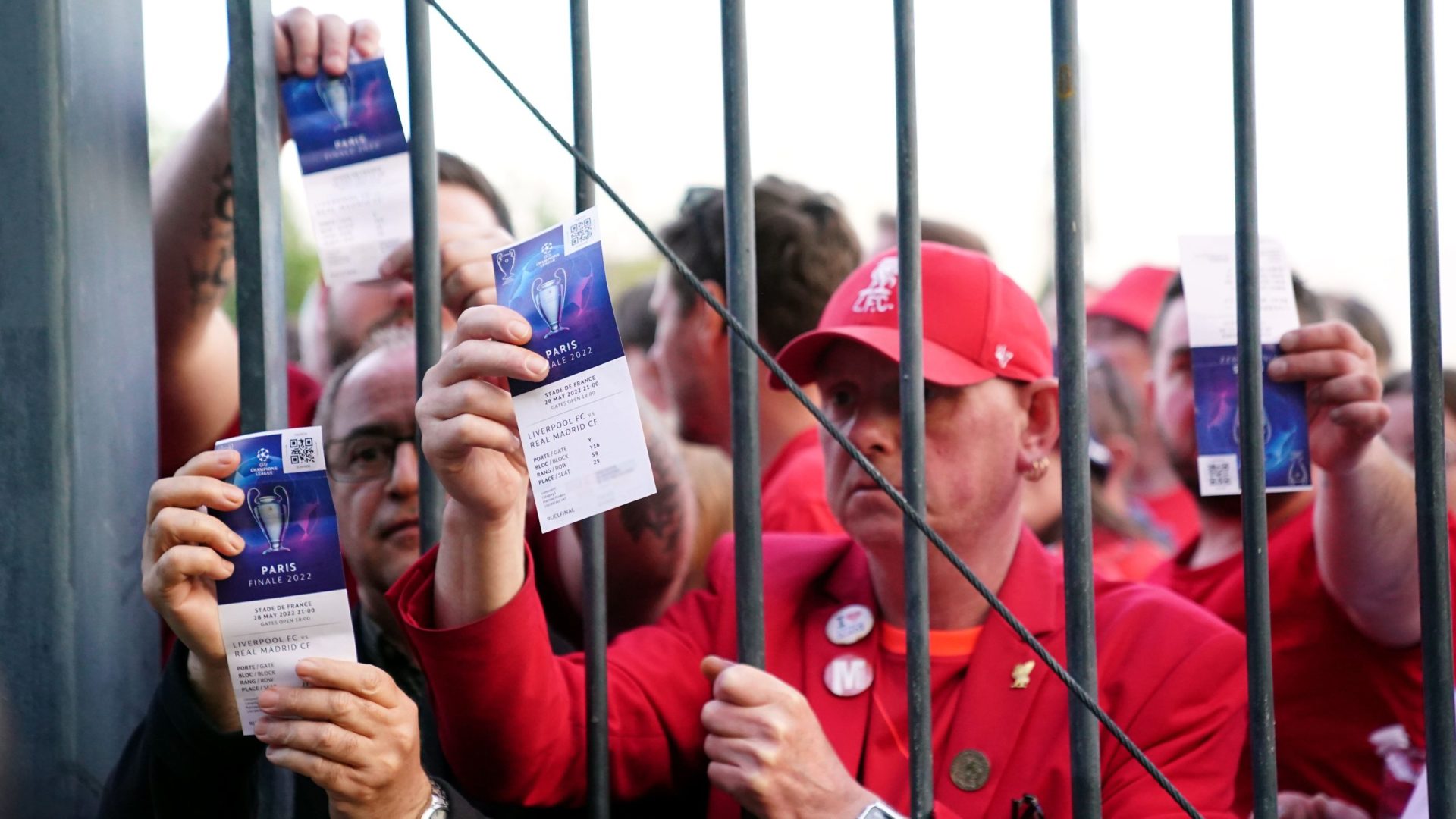 Chief executive Billy Hogan hailed an “astounding” response to Liverpool’s request for information from supporters who were in the French capital for the European showdown against Real Madrid.

Liverpool fans were tear-gassed and pepper-sprayed by police as they waited in huge queues prior to the game against Real Madrid, with the access problems leading to a kick-off delay of 36 minutes.

UEFA initially blamed the late arrival of fans for the problems, which included some supporters being crushed, before later issuing a statement referring to fake tickets as the cause.

French government ministers reiterated the latter claims on Monday, alleging “fraud at an industrial level” leading to the fiasco that followed.

This version of events has been challenged by numerous fans and other independent eye-witnesses, including media outlets.

Now Liverpool chief Hogan has called on UEFA to include the testimony from Liverpool fans submitted to the Merseyside club’s website in the European governing body’s independent review.

“The form has been on our website for just over 24 hours and we have had over 5,000 forms completed and submitted, which is really astounding,” Hogan told Liverpool’s official club website.

“Thank you to everyone who has taken the time to submit their experiences.

“I’m horrified by the way some men, women, children – some able-bodied, some less able-bodied – have been indiscriminately treated over the course of Saturday.

“I think the volume of completed forms in the last 24 hours really demonstrates how fans want to support the investigation process and, importantly, gather real evidence of what happened both prior to and post kick-off.

“I do think it’s important to recognise we’ve all been rightly focused on the access issues at Stade de France; I think it’s also important we don’t lose sight of what happened after the match.

“Nobody should experience what our fans experienced both before or after the match.

“In our minds, obviously this is wholly unacceptable, which is why it’s important we create this body of experiences, which clearly must be included in the independent investigation.”

Liverpool lost Saturday’s final 1-0 but the match was overshadowed by the off-field events.

Hogan revealed Liverpool are now attempting to make contact with any supporters injured in Saturday’s distressing scenes, to offer as much assistance as possible.

Hogan added: “We’re aware there were many fans who were injured on Saturday evening and we’ve asked UEFA for their match day log, which includes any medical incidents for the night, so we can reach out to those supporters and families to help if we can.”