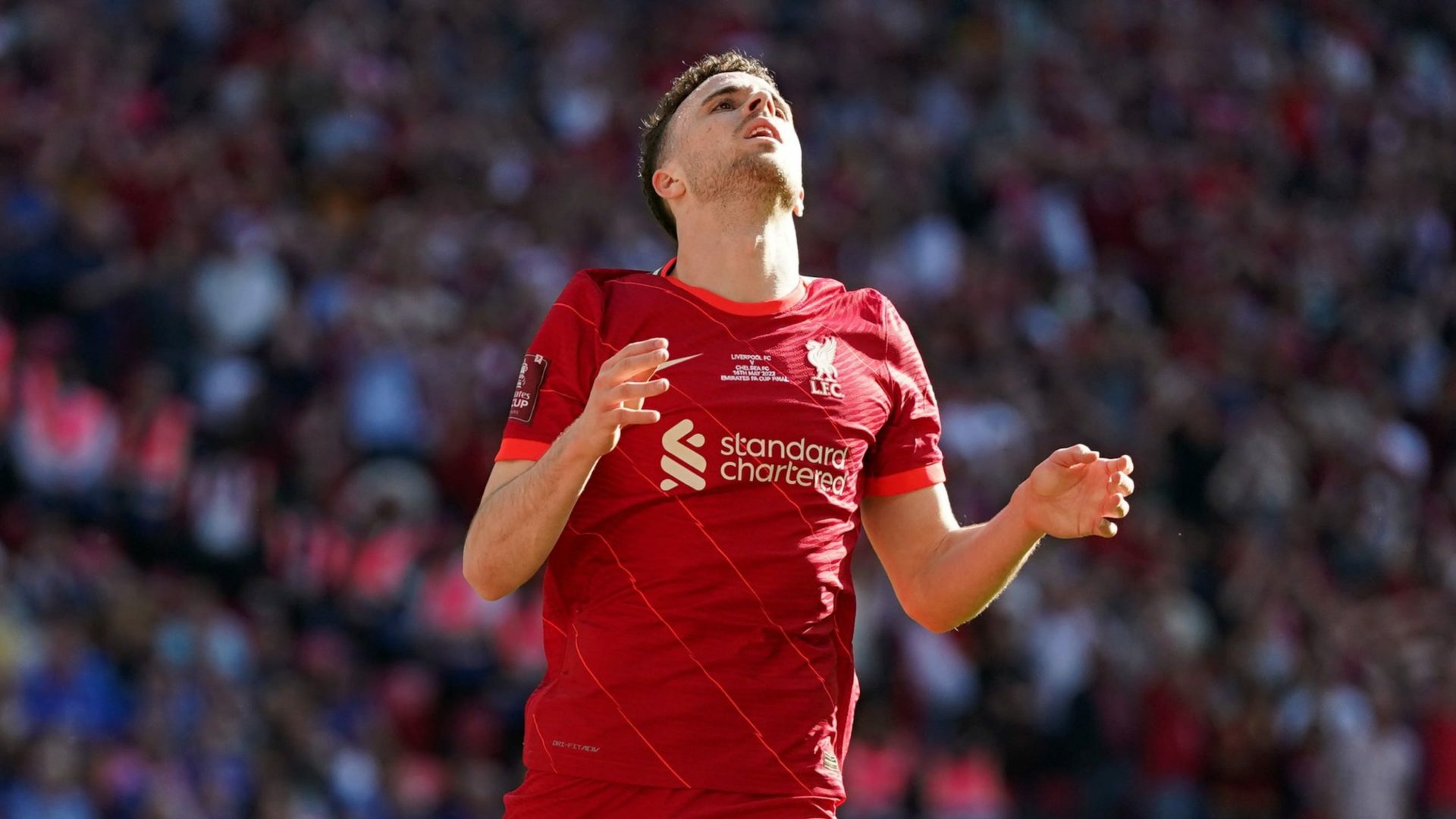 Liverpool forward Diogo Jota has been ruled out of the FA Community Shield against Manchester City later this month with the recurrence of a hamstring problem.

The Portugal international now faces a race against time to be fit for the Reds’ Premier League opener at Fulham on August 6.

Manager Jurgen Klopp believes goalkeeper Alisson Becker, who also sat out the 2-0 friendly victory over Crystal Palace in Singapore on Friday as a precaution, will be ready for the match against City at Leicester’s King Power Stadium on July 30.

Klopp has a further injury concern after Alex Oxlade-Chamberlain was forced off with a hamstring issue during the latter stages of the friendly.

“Ali, I think, has the chance for City and Diogo not,” Klopp told his post-match press conference.

“Ali, he feels a muscle, abdominal. It’s nothing serious but, again, we prepare a full season so he can train but just not like before, so he should not play in the moment.

“Not normal goalie training but he has a pre-season, so he doesn’t lose time.”

On Oxlade-Chamberlain, Klopp added: “Of course it’s very disappointing for us because Oxlade trained all the time really well since the pre-season started.

“It happened obviously with Ox in the past when it gets more intense and something can happen.

“Now this is just a muscle thing, we had worse situations, so I’m OK with it.

“I don’t know exactly how long it will take but he will be back and then it’s all fine. He is obviously a top-class player and he can help us.”