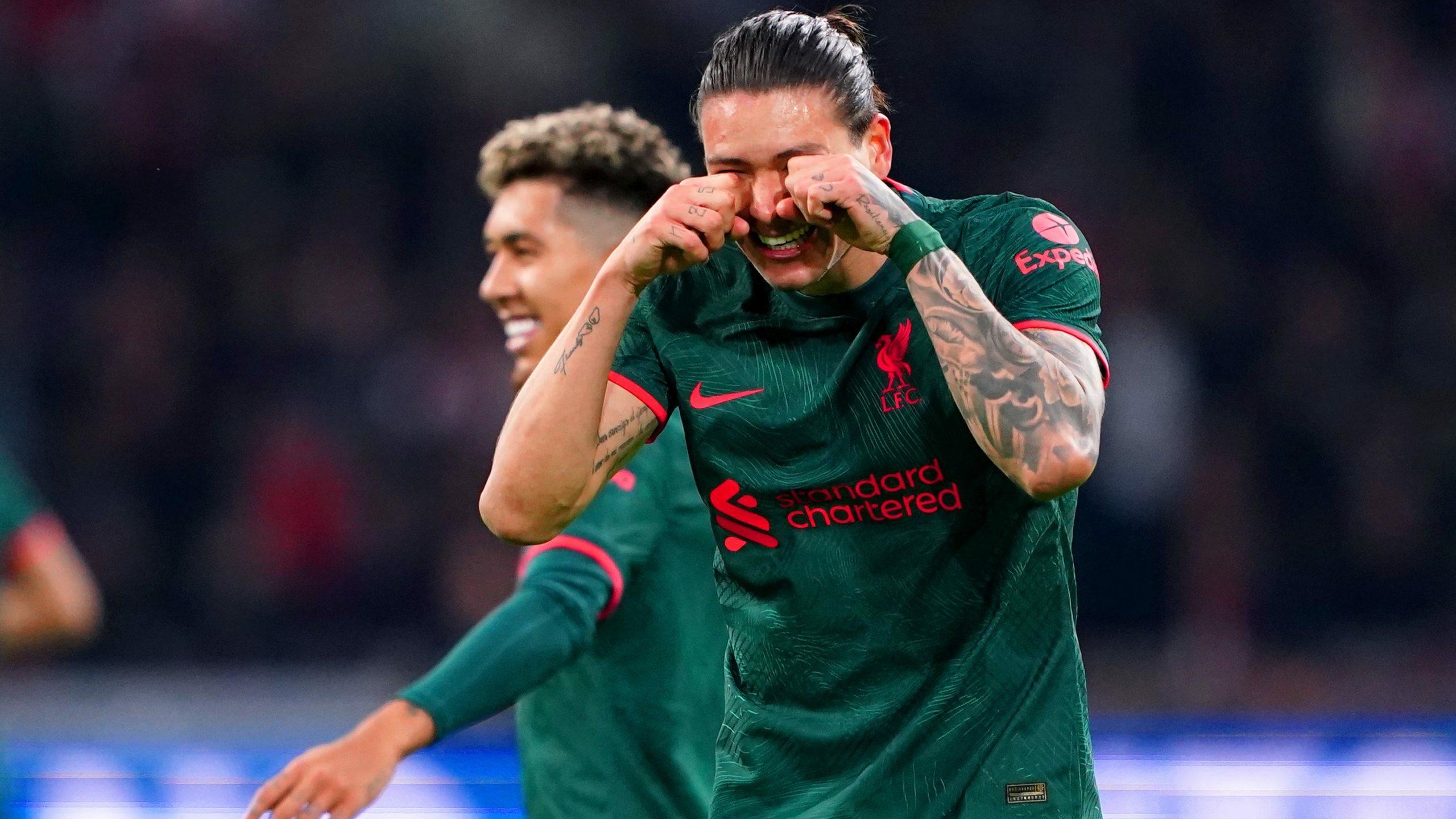 Liverpool qualified for the Champions League last 16 after defeating Ajax 3-0 at the Johan Cruyff Arena thanks to goals from Mohamed Salah, Darwin Nunez and Harvey Elliott.

Having had their woodwork rattled early on by Steven Berghuis, the Reds went ahead in the 42nd minute via Salah’s finish.

The fit-again Nunez hit a post soon after, before extending the visitors’ lead with a 49th-minute header.

Elliott then added a fine strike three minutes later as Jurgen Klopp’s men, for whom a draw would have been sufficient to join Group A leaders Napoli in the next round, returned to winning ways four days on from the shock 1-0 Premier League loss at Nottingham Forest.

They next play Leeds at Anfield on Saturday evening, before wrapping up their Group A matches on Tuesday by hosting Napoli, who they are three points behind and lost 4-1 to in their European campaign opener.

Liverpool survived an early scare when Berghuis sent a shot against the post in the third minute having looked certain to score.

And with Ajax continuing to apply pressure, Edson Alvarez headed off target, Berghuis shot just wide after Liverpool gave away possession, and Jorge Sanchez’s strike was caught by Alisson Becker.

Klopp’s side then started to make more of an attacking impression as Salah saw an attempt blocked by Alvarez in the 29th minute and Andy Robertson fired into the side-netting.

The action subsequently returned to the other end, Trent Alexander-Arnold doing well to get in the way of a Dusan Tadic effort, before Jordan Henderson brought a save out of Remko Pasveer.

Moments later, Liverpool then grabbed the lead as Henderson’s excellent pass was met by Salah, who put the ball past Pasveer with a deft touch.

And they almost doubled the advantage two minutes after that when a break ended with Nunez’s shot coming back off the upright.

Shortly after the interval, Nunez, back in the starting line-up after recovering from a hamstring injury, did put the Merseysiders 2-0 up, heading in from Robertson’s corner.

They then swiftly strengthened their grip on proceedings once again with Elliott adding number three, the 19-year-old cracking in his second Champions League goal having been teed up by Salah.

That was between Steven Bergwijn and Kenneth Taylor doing likewise for the home side, and there was then a strike wide from Alvarez with six minutes left as Ajax’s last-16 chances came to an end.