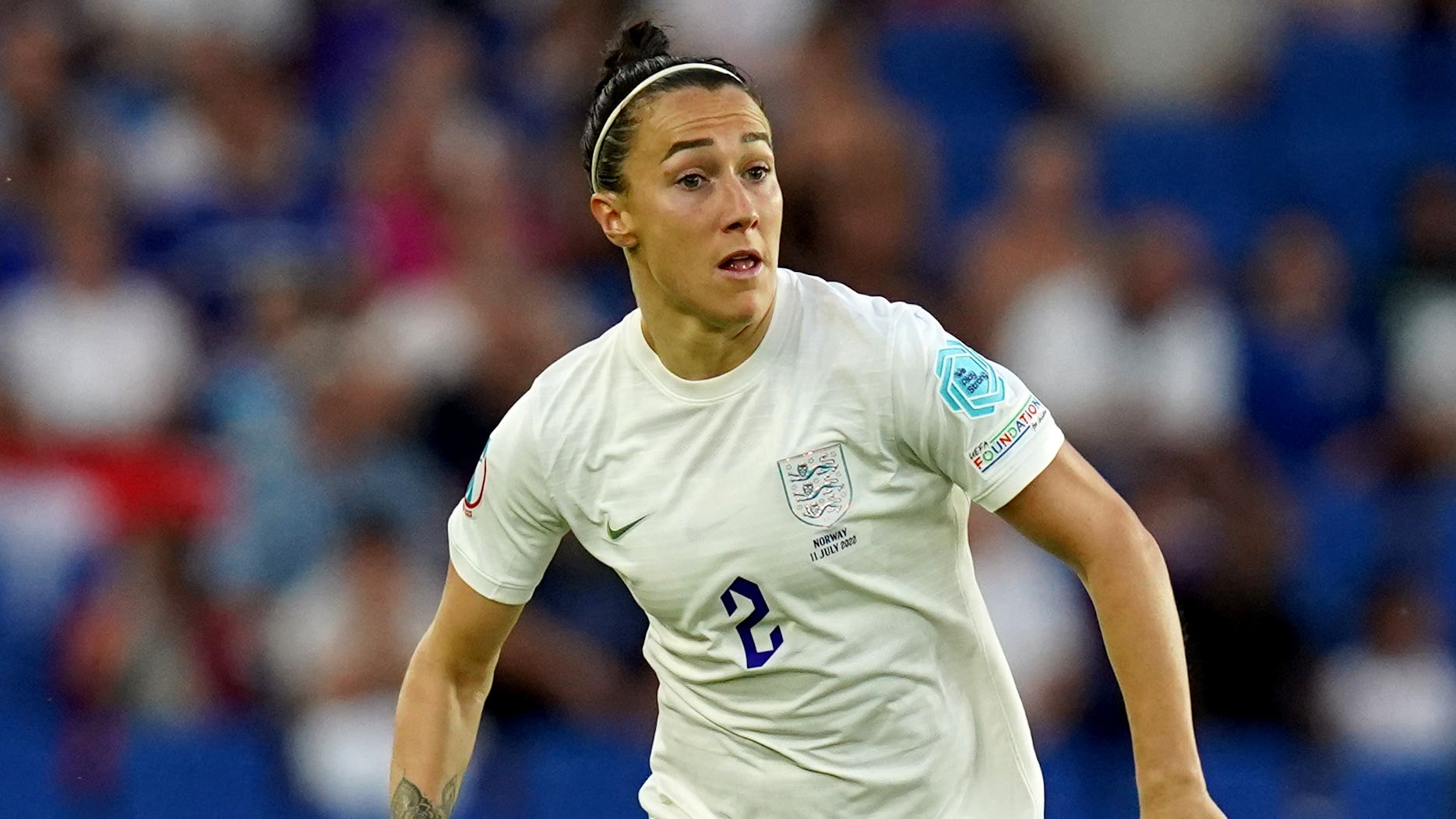 Lucy Bronze insists nobody is getting carried away with thoughts that England are just two wins away from becoming European champions.

The hosts – and tournament favourites – face Sweden in the first of the Euro 2022 semi-finals on Tuesday.

Sarina Wiegman’s side have been impressive in their games so far, powering through the group stage with a 100 per cent record and then coming from behind to beat much-fancied Spain in the last eight.

“Every team starts the tournament wanting to end it as the European champion,” said right-back Bronze. “That would be amazing, obviously that’s been the goal.

“But, to be honest, I think the team is just very settled, we’re not focused too far ahead. Everyone is just enjoying the time that we’ve got, and it’s probably the most relaxed we’ve been as an England team in a tournament, certainly in my time anyway.

“We know we’re the favourites, and the hosts, and a lot of these things, but as a team and as a collective group, we’re very level-headed and we’re not focusing on a final or lifting a trophy just yet.”

Bronze has enjoyed a glittering career at club level, principally with Manchester City and Lyon, and knows her experience is important to the side.

The 30-year-old also feels she has unfinished business on the international front after suffering semi-final heartache three times in major tournaments, at the World Cups of 2015 and 2019 and the last Euros in 2017.

“I think a lot of people ask what my motivation still is because obviously I’ve won a lot of trophies previously both in a team and individually,” said the 2020 FIFA women’s player of the year, who is joining Barcelona next season.

“But England’s always been my biggest focus and my entire career I’ve wanted to lift a trophy for England. It’s a huge opportunity, I know, to tick that box off.

“I think I’ve very much taken that role of the one who is kind of cool, calm and collected in situations. I think I’ve been in the situation many times in semi-finals, in big moments and big competitions, probably the most in this team. I’m well aware of that.

“But equally, I know that you’ve got to enjoy these moments because you never know when the next one’s going to come.”

Sweden won silver at last year’s Olympics and are second only to the United States in FIFA’s current world rankings.

Yet they needed an injury-time goal from Linda Sembrant to beat Belgium in their quarter-final on Friday and also had some awkward moments in the group stage.

Bronze said: “I think Sweden probably haven’t looked their strongest but we all know they were the highest-ranked team coming into the tournament.

“They didn’t probably play at their best against Belgium but they just showed what winning teams do and that’s find a way to win, find a way to score a goal and to get through.

“We know to expect everything, we’re expecting to have Sweden come out all guns blazing and have their best performance against us because they’ve got just as much to play for as we do.”