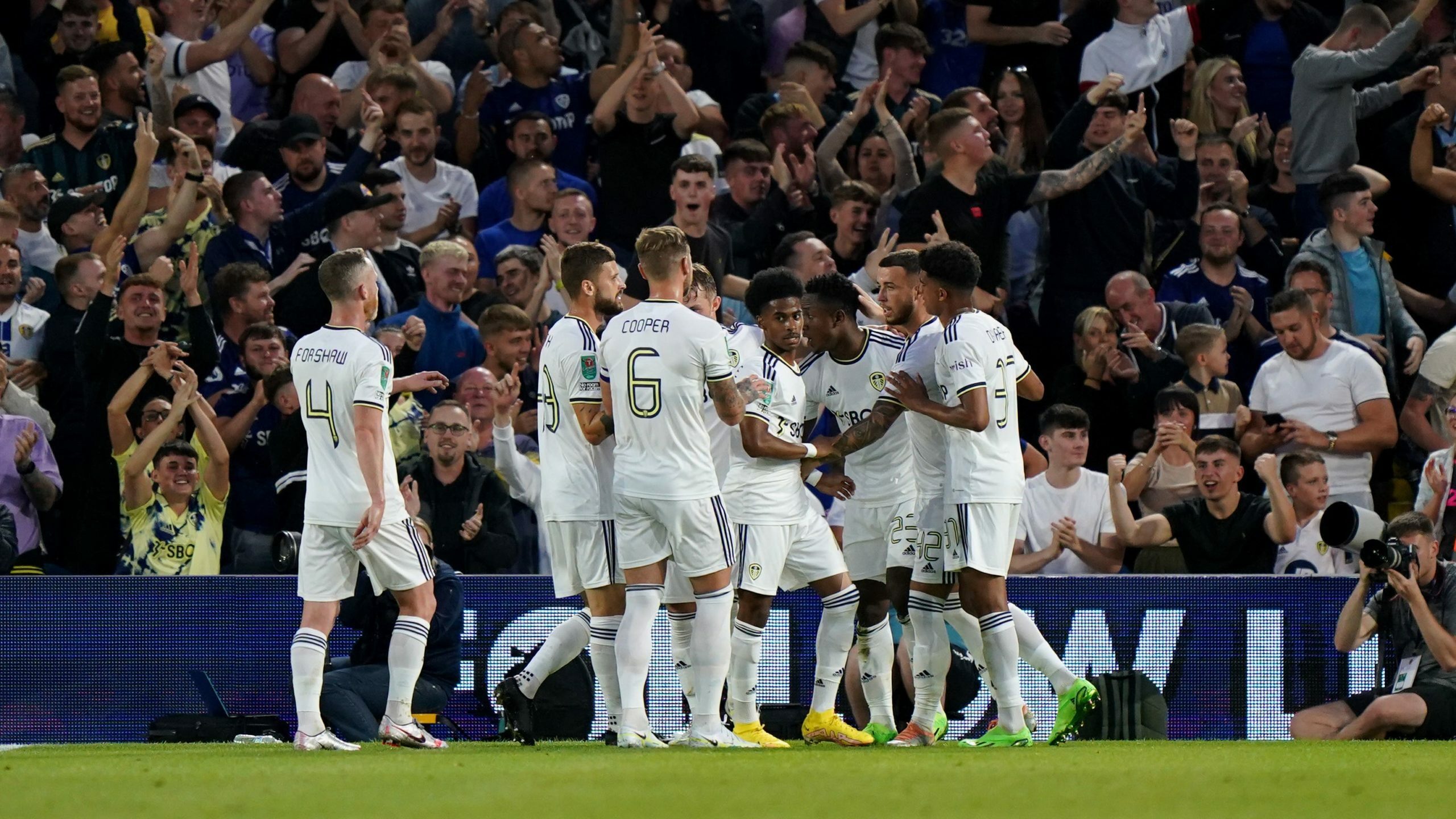 Luis Sinisterra stole the show on his full debut as Leeds beat Yorkshire rivals Barnsley 3-1 to reach the third round of the Carabao Cup.

The Colombia winger, signed from Feyenoord for a reported £22.5million, scored a brilliant first-half opener and had a hand in Leeds’ two other goals.

Sinisterra won a first-half penalty, converted by Mateusz Klich, and after Mads Andersen had headed Barnsley back into it before the break, the South American’s deflected cross was turned home by Klich.

Barnsley, relegated to Sky Bet League One last season, made a real fight of it after a much-changed Leeds side – head coach Jesse Marsch made nine changes – threatened to blow them away.

Callum Styles saw his first-half penalty hit a post and felt he should have had another spot-kick in the second period.

Sinisterra gave Leeds a 21st-minute lead, turning inside and curling a right-footed shot into the top corner.

Klich converted a 32nd-minute penalty after Sinisterra had been hauled down by Conor McCarthy, but Barnsley dragged themselves back into it through Andersen’s diving header.

The visitors spurned a golden chance to level just before half-time when Styles’ low spot-kick struck the woodwork after he had gone down under Adam Forshaw’s challenge.

Leeds regrouped after making a double substitution at half-time – Pascal Struijk and Robin Koch replaced skipper Liam Cooper and Diego Llorente – and regained their two-goal advantage in the 57th minute.

Sinisterra’s cross was blocked and rebounded to Klich, who curled home his second of the match from 12 yards.

Barnsley’s appeals for a second penalty were waved away after Styles went tumbling and, after Sinisterra had been withdrawn to a standing ovation, a full-blooded derby ignited in the 67th minute.

Players from both sides charged into a melee after Liam Kitching’s challenge on Cody Drameh, resulting in both players, plus Leeds defender Leo Hjelde, receiving yellow cards.